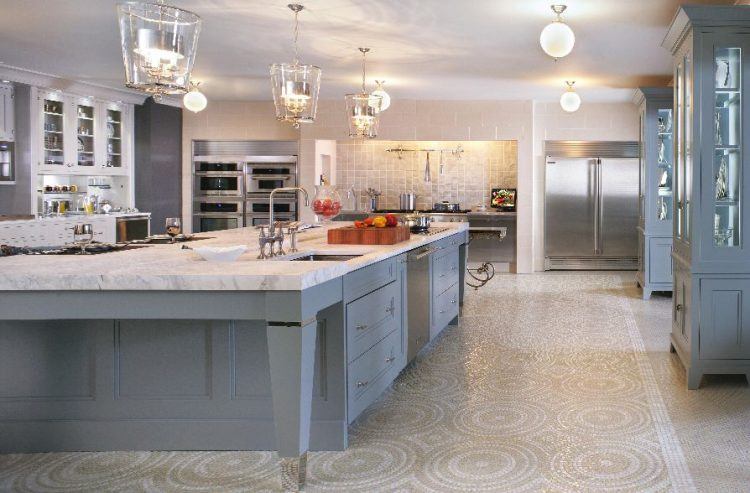 Many of us have at least some pack rat tendencies. We have closets stuffed with clothes we don’t wear, we have mantles lined with dust-collecting knick knacks, and we can’t bring ourselves to throw out Christmas cards from ten years ago. But perhaps the most packed room in our homes is the kitchen. In a small room with valuable countertop real estate, a limited number of cabinet shelves, and cramped pantry space, we sure do have a lot of unnecessary things.

It’s nothing more than clutter, unsightly and totally excessive. More than that, though, all of these things piling up can even be dangerous: things fall out of cabinets, electrical cords get stretched to reach outlets, and who knows what’s rotting in the back of the fridge? Perhaps it’s time, as The Life-Changing Magic of Tidying Up author Marie Kondo would tell us, to stop what we’re doing and tidy up the kitchen.

It’s a big job, but here are ten items that you can remove from your kitchen right now.

You probably have cans and boxes in the back of your pantry that are dated last year. You’re not going to use them, and neither will anyone else. It definitely hurts to throw them away, but you should still throw them away. Or rather, you should recycle any packaging you can and then toss the rest. On the upside, this is a real teachable moment: perhaps you don’t need to stockpile so many packaged and canned foods. It’s a good thing to remember the next time there’s a giant sale at your local grocery store.

2. All those plastic containers

We all have a cabinet that’s full of precariously stacked plastic containers, but how many of them do we actually use? Maybe three or four; many are missing lids, or are warped from the dishwasher, or have become kind of gross on the inside from repeat trips to the microwave, and these can all be recycled or tossed. Save the few that you use the most, get rid of the rest, and behold! You’ve freed up tons of cabinet space.

A big wooden block of 20 steely sharp knives may look impressive on your counter, but be honest: you don’t use them all. Sure, a good chef’s knife is important, as is a good paring knife, and it’s always a good idea to have a serrated slicer for bread, but after that? They’re just taking up space. Keep the knives that you actually use, store them in a drawer (wrapped in cloth or even newspaper so as not to dull their edges), and get rid of the extra knives and the giant block in which they’re stored.

4. Cook books that you rarely consult

Having a shelf full of cookbooks in your kitchen may may you look like a culinary pro, but if you never use them, they’re just taking up valuable shelf space. Move them to a bookshelf or closet somewhere else in your house, or get rid of them entirely. You might give them to a friend who has culinary aspirations, or you can donate them to your local library’s book sale.

5. Countertop appliances that you hardly ever use

We’re looking at you, bread maker, espresso machine, ice cream maker, and waffle iron. No, we’re not saying to get rid of them entirely (waffles are good now and then, especially with a scoop of fresh ice cream on top!), but in the crowded confines of your kitchen, they mostly just take up space. Store these in your basement, attic, or a closet, then pull them out when you’re going to use them.

You had a great trip to the amusement park ten years ago, but maybe it’s time to part with the mug commemorating the occasion. Many of us have a cabinet full of old mugs, some of which are chipped, and the majority of which haven’t seen a splash of hot coffee in years. Save the mugs that you truly do use, maybe hang onto an extra one or two, and then get rid of the rest.

It sounds like a really good idea: a toaster and an oven all in one! On paper it may make sense, but in practice, it just takes up a lot of counter space that could be better used for other things (or even better, not used at all). Plus, you probably already have an oven, so this supposed two-in-one appliance is actually doubling up on something you have. Ditch the toaster oven and get yourself an ordinary toaster. It costs less than a toaster oven, it takes up a lot less space on your counter, and it makes great toast.

Ah, the fondue pot — the mainstay on wedding registries everywhere, only to become the forever back-of-the-closet dweller in couples’ homes. Fondue parties always sound like a fun idea, but the reality is that people hardly have them anymore. (Remember, it’s not 1970.) Fondue is messy to make, and if you want to make a whole meal out of the dippable goop, you’ll need to wash that pot at least once during the meal; it’s a hassle that few people want to deal with. Instead, get rid of your fondue pot, and should the mood for fondue strike, just use an ordinary saucepan over low heat.

Cooking in a wok may make you feel like you’re saving on Chinese takeout, but most wok owners use their large cooking vessel just a few times a year. And really, to get that great wok flavor in your stir fry dishes, you need to use very high heat — probably higher than your cook top can handle. So, it’s a big bulky pan that takes up a ton of cabinet space and doesn’t do much more than a large frying pan. We recommend ditching your wok altogether and just stir frying in a pan.

10. That second full set of dishes

For a long time, it was expected that households would have two sets of dishes: an everyday set and a “good” set that was usually fine China. However, people eventually realized that, except for once or twice a year, you really only need once set. The second set is just taking up space — why keep it? We recommend culling your dishware down to just one set. If you find yourself in need of a lot of dishes on Christmas on some other occasion, they’re easy and cheap enough to rent for the day from a party supply rental outlet.