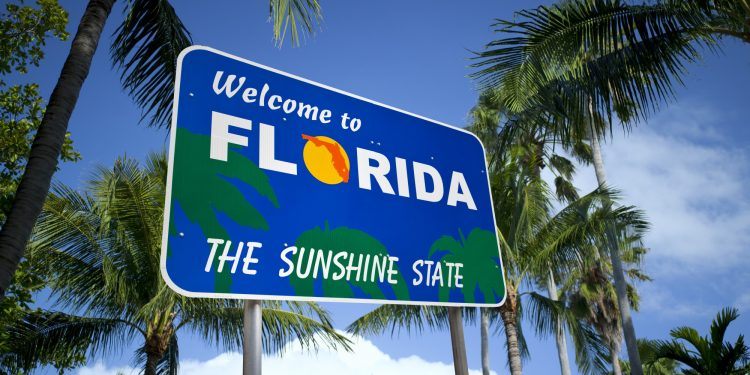 The state of Florida is famous for its beautiful landscape as well as the wide range of amenities that can be found in its cities. As a result, it should come as no surprise to learn that it is a popular choice for people seeking to settle in for the long run. However, it is important to remember that some places are better than others, meaning that interested individuals should make sure to do their research in order to find a place that is suited to their needs and circumstances.

Here are 10 of the best places to live in Florida based on a number of factors such as beauty, amenities, and sense of security:

Since it is one of the biggest cities in the United States, Miami is not the best choice for people who want a sense of peaceful seclusion for their home. Instead, it is best-suited to those who want access to all of the amenities that they could ever want, which range from the best retailers and restaurants to an exciting cultural scene that combines influences from all of the cultures that call the city home. With that said, Miami has a wide selection of places to live because of its size, meaning that interested individuals actually have a fair amount of leeway when it comes to choosing what they want.

As the sixth most populated city in the United States, Hialeah is an excellent choice for people who want convenient access to all of the amenities of urban living while still having more peace and quiet than what can be found in bigger cities such as Miami. In main, it is known for its rich culture, which is fueled by one of the biggest Spanish-speaking communities in the whole of the United States. However, it also has a great school system that offers both public and private options.

The state capital of Tallahassee is home to both Florida State University and Florida A&M University. Combined with its outstanding public school system, this makes it the city in which to raise families. Better still, its location in the north of the state means that its residents have access to different scenes of natural beauty than its counterparts situated on the Floridian coast.

Found to the north of Miami, Fort Lauderdale can expect convenient access to the amenities of that city. However, it is important to note that Fort Lauderdale is a famous tourist destination in its own right. In part, this is because of its hospitable weather throughout the year, meaning that it is always pleasant to live in. However, it should also be noted that it boasts entertainment venues that range from the Aquatic Complex to its remarkable system of canals that run throughout the city.

For people who want peaceful, private living, Islamorada seems like an obvious choice, seeing as how it is located on the Florida Keys. In turn, this means that it is also a leading destination for both boating and fishing, which should provide plenty of entertainment for the people who choose to live in this small and laid-back community.

Tampa is also one of Florida’s biggest cities, meaning that it shares a lot of the same characteristics as Miami. However, it is interesting in that it is famous for its outdoor attractions, both because of its hospitable climate and because of a system of parks that has been designed to provide its residents with plenty of chances to have some fun in its beautiful surroundings. Needless to say, Tampa has a great cultural scene as well, though it should be noted that it is also home to multiple major league sports teams, which might interest people who love to watch sports.

When it comes to fun and excitement, there is no place like Orlando, which is one of the most visited cities in the whole of the United States. In main, this is because of the presence of theme parks such as Walt Disney World, Universal Studios Florida, and Seaworld. However, it should also be noted that its natural surroundings provide a chance to explore wetlands, which are an interesting contrast to the natural landscapes that can be found in other regions. To top these things off, Orlando even has both good schools and a relatively low cost of living among U.S. cities.

Jacksonville might not be the most famous city in the state of Florida, but it has earned its status as the most populated for a number of reasons. For example, it is not just safe and secure but also home to a stellar education system, thus making it suitable for people seeking to raise their families. Furthermore, it has its fair share of Florida’s famous amenities and attractions, meaning that it has no shortage of things to do for its residents.

The city of St. Petersburg used to be famous for the older age of its residents, but in recent times, it has received an influx of younger residents as well because of its booming cultural scene. Like a lot of its counterparts throughout the state of Florida, it boasts pleasant weather as well as what can seem like an endless stream of amenities and attractions seeking to capitalize on that fact, which is assisted by its location on the coast of the Gulf of Mexico. As a result, it is no wonder that it is such a popular choice for retirees.

In a way, Port St. Lucie is like one of the bigger cities on this list but rendered in miniature. It has the hospitable climate as well as the entertainment venues needed to cater to visitors interested in such weather, but at the same time, it remains a much more peaceful place because of its smaller size. Whether they like fishing, golfing, or just resting and relaxing on the beach, its residents are sure to have a great time living in Port St. Lucie while also enjoying its low crime rates and good public schools.

With that said, it is important to remember that different people choose different places to live for different reasons, meaning that while these are some of the best places to live in the state of Florida, there are other possibilities out there. As a result, those who find that none of the 10 places mentioned here are suited to their needs and circumstances should not hesitate to continue searching for more of what the Sunshine State has to offer.