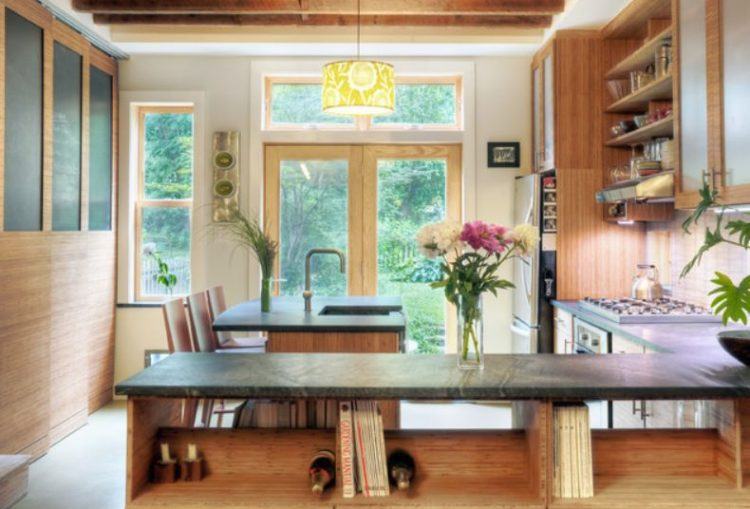 It can often seem strange to think of technology as being the leader of the green revolution. After all, aren’t machines, computers, and gadgets a big part of the reason why we use so much unrenewable power in the first place? Well, yes and no. Fortunately, there’s a lot more to the story than that. Over the last two decades, the biggest technology companies in the world have been fixated on one important goal; reducing the impact that their products have on the environment. The challenge has led to some truly remarkable inventions. We now have eco-friendly cars, kettles, laptops, lawnmowers, roofs, shopping malls, boats, and much more.

Yet, it is in the home that the most inspiring and ground-breaking green technologies can be found. As a society, we’re constantly thinking up ever new and impressive ways to reduce our carbon footprint and this is the best place to start. There are now all kinds of affordable green gadgets available to homeowners, so it is time to let technology transform your future. This guide to some of the technologies currently making homes greener, all across the world, will show you what’s possible.

While digital thermostats have been around for a while now, even they are starting to get more advanced and responsive. For example, the Nest Labs have created a super intelligent thermostat that ‘learns’ its users habits and adjusts settings accordingly. So, it collects data about when a user is home, absent, most likely to need more heat, usually takes a bath, etc.

It can then change the thermostat, in preparation, for these predicted activities. Less energy is wasted, because the system automatically lowers the temperature settings when it knows that more heat would be a waste. And, as the Nest Learning Thermostat was created by the designers of the iPod, it is as stylish as it is practical. The unit is sleek, chic, and guaranteed to appeal to even the fussiest of interior designers.

Smart, eco-friendly appliances are a huge trend right now. Devices like washing machines, cookers, and fridges use an astonishing amount of energy, so it was only a matter of time until manufacturers started looking into ways to change this. Even something as small as a kettle wastes a lot more power than you’d expect, because most of us don’t use ours efficiently.

We boil a full kettle for one cup of coffee, run washing machines and dishwashers half empty, and allow our freezer units to overload and over ice. We’re addicted to convenience and this is not likely to change any time soon, but we can invent machines that are able to exploit gaps in usage and restrict intensive cycles to off peak periods.

This is one of the more subtle inventions, but it could actually transform the way that we use and think about energy. Wasted power, from plugs and adaptors, has been a huge problem for many years. There have been countless campaigns designed to remind us to switch off lights when rooms are not in use and unplug fully charged laptops and phones. Yet, still we let our energy bills rise, by failing to switch off and unplug at the right times.

Fortunately, a number of clever inventions could make this waste a thing of the past. One in particular – the Green Plug – has consumers excited, because it transfers electricity to devices only until they are fully charged. Once they are fully juiced, it cuts off the supply. This prevents power from being wasted on laptops, phones, and music players that no longer need it.

There are lots of reasons why integrated smart lighting is a valuable addition to homes. For example, just think about how many people are used to leaving lights on while they’re away on holiday. It’s a kind of defense technique designed to trick would be burglars into thinking that somebody is still in the house. While it might deter thieves, it uses a huge amount of power, so it’s very bad for both energy bills and the environment.

The good news is that integrated, digital lighting systems are making it possible for homeowners to control settings from their phone. So, you could switch forgotten lights off if you’re prone to leaving them burning around the house (you wouldn’t even have to get out of your chair to do so, either). You can dim lights while away, instead of leaving them on full power. You turn lights off from bed, the car, the supermarket, or anywhere else you need to.

Multinationals like Apple have been expounding the virtues of eco-friendly air conditioning units for many years. However, it has taken a little longer for this technology to be adapted for the home. Now though, it is starting to make an appearance in domestic settings. The technology itself is very simple; instead of using electricity to cool the air, cold water is blasted around the unit to lower the temperature.

It is then directed around the home in exactly the same way as it usually would be. The difference is that only a tiny amount of power (sometimes, no power at all) is used to actually cool the air. This substantially reduces the carbon footprint of A/C units and allows families to stay comfortable in the summer, without also doubling their energy bills. So, take a leaf out of Google’s book and ensure that your power supply isn’t running hot, while you’re staying cool.

Taking the First Steps to a Greener Home

It can be difficult for families to reduce their carbon footprint, particularly if they’re not used to thinking about their impact on the environment. For many of us, simple actions like switching on a light or plugging in a mobile phone are social and cultural rights. It would be almost impossible for us to give them up, so it doesn’t really make sense to try. For green goals to be successful, they need to be practical, realistic, and flexible enough to adjust to modern life.

The best way to start contributing and giving back to the environment is by investing in technologies that take care of the things that we’re not so great at doing ourselves. For example, remembering to turn off lights in empty rooms and unplug fully charged devices. Our addiction to convenience may make this tricky, but smart technology is giving us back control.