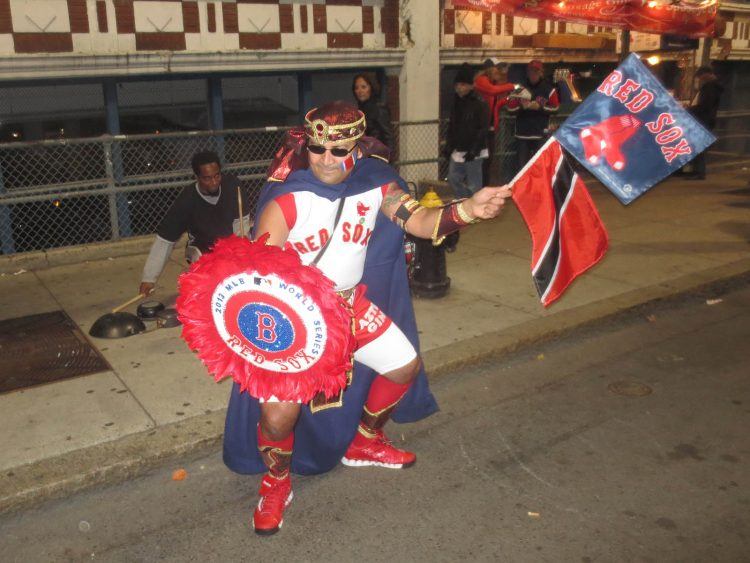 Boston has always had a noteworthy reputation. Whether its a wild Colonial Tea Party rebellion, or The Boston Strangler on the loose, there’s always something interesting going on there.  Boston is part of New England, which is widely considered by the rest of the country as being a place full of prim and proper folks that talk like the Kennedy’s.  But not Boston itself.  In Boston, there are a total of 667,137 residents, and it is the largest city in New England, as well as the 23rd most populated US city, according to World Population Review.

With that in mind, when Bostonians want to sell, trade or buy, they look to Craigslist to post an eye-catching, or at least interesting advertisement. As many Craigslist postings are cheap or free, there is plenty of space for folks to express themselves.  You can also post photos to go with your ad, and some are pretty odd as well as entertaining. A city this big is bound to have some interesting characters that post some of the strangest ads.

Here are some of the craziest recent Craigslist Boston ads you can find. 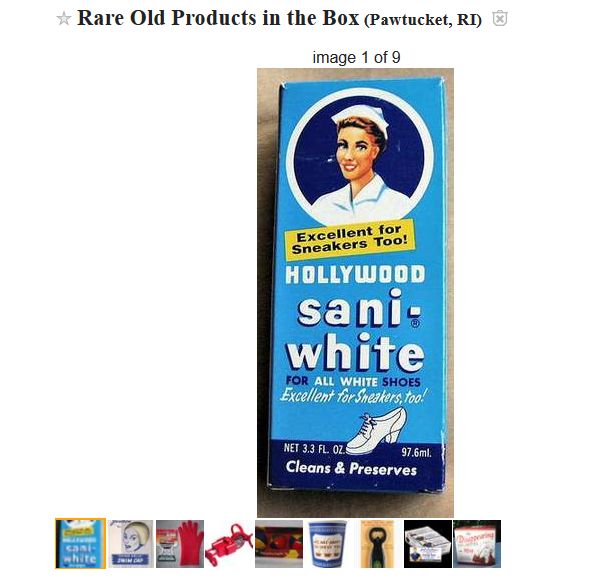 If you happen to be a nurse in Hollywood, you might want some Hollywood Sani-White shoe polish. This gem is among some “Rare Old Products in the Box,” http://boston.craigslist.org/bmw/cbd/5675913606.html. Among these products is a “Talking Beer Opener”, too keep you company if you’re drinking alone. If you are into fitness, the collection also includes some “Jack Lalanne Gum,” 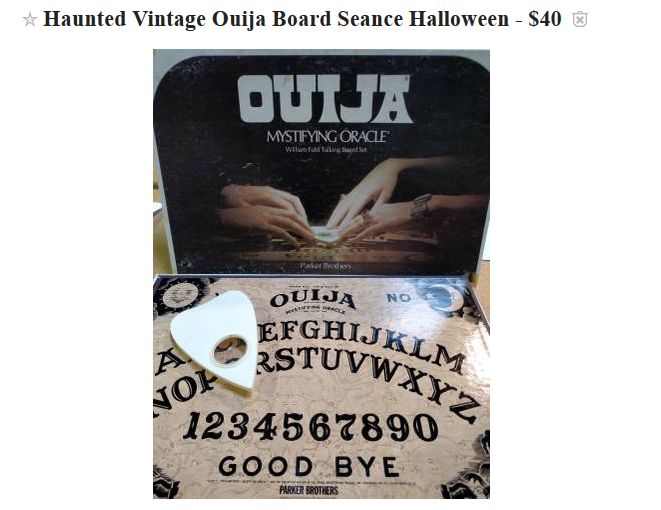 It’s no surprise that this occult toy for sale is titled, Haunted Vintage Ouija Board Seance Halloween, http://boston.craigslist.org/gbs/tag/5680625574.html. The craziest part is the quote that came to the present owner with the board from the previous owner, ” My father passed in a box was his old board ever since I brought it home my husband lost his job broke his foot all kids of stuff bad happening can I please mail this board to you I can’t find your address please help us my husbands so afraid of this board”. Wow, all this for only $40.

You can expect it to be “creepy and kooky”, if the ad says, Mystery “Addams family” breakfront (buffet, sideboard, credenza, etc., http://boston.craigslist.org/gbs/fuo/5665404908.html What’s really odd about the ad is the frantic, rambling description about the pieces, “Now for the ‘Addams family’, haunted house (or decorative) aspects of this breakfront(sideboard, credenza, etc.):The lower piece is ornately carved, with floral designs on the left and right sides, as well as these floral elements playing a supporting role on the front,” Instead of just posting a photo, the seller goes on to say “–perhaps 75 to 100 years old –so the truth of the matter is that I really do not know what to call this item, but I CAN describe it (see below):” Then he or she goes on to describe it even more to help you imagine it. 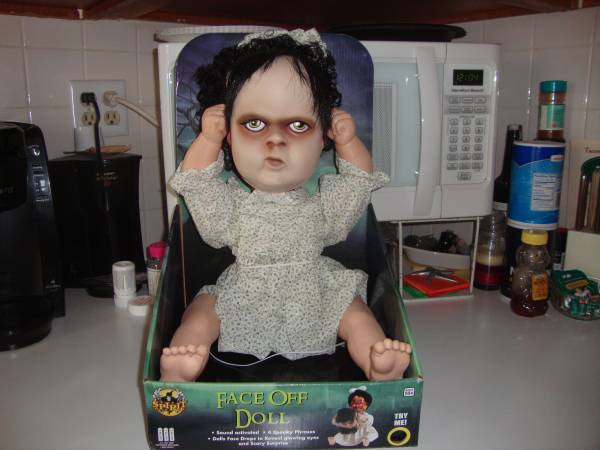 Who wouldn’t want their very own Face Off Doll For Halloween, http://boston.craigslist.org/gbs/for/5695328378.html The trick to this treasure is that the innocent baby doll face can change to demonic in an instant. Never mind dolls you can dress up or rock, this one will just creep you out. It’s going for a mere $30. The doll also says “4 Spooky Phrases.” 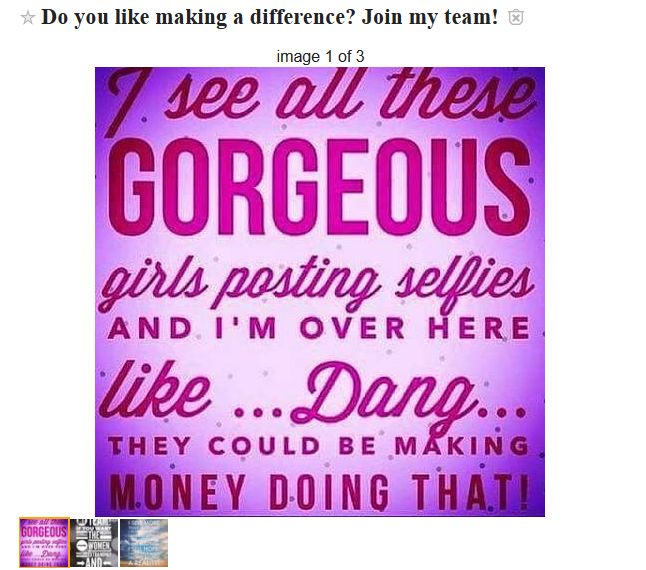 This poster asks those who love to post selfies, Do you like making a difference? Join my team!, http://boston.craigslist.org/sob/dmg/5676726646.html.This makeup company is looking for ladies who love to look at themselves. He or she says that “I sells more than just mascara, I sells hope, I sell self-esteem!” The poster maintains that, “No, I am not a creepy person trying to get your personal information.” The advertiser then asks you to contact for more information.

Pave Your Own Way 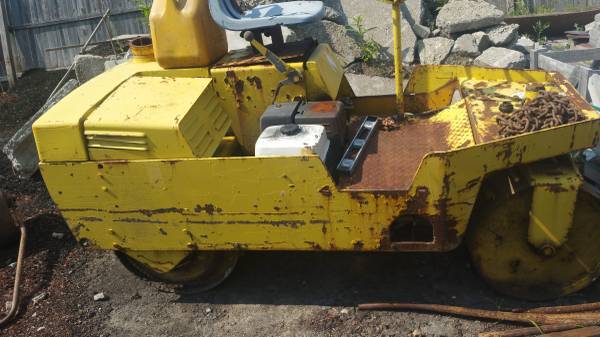 If you’ve ever wanted to lay down some asphalt, you can have your very own, Old asphalt roller, still works, for just $600, http://boston.craigslist.org/bmw/hvo/5694525600.html. This machine is “Ugly looking but does the job” according to the seller, and the photo included proves the point. If you are going to go into paving, or join a highway crew, you can bring your own eyesore equipment. 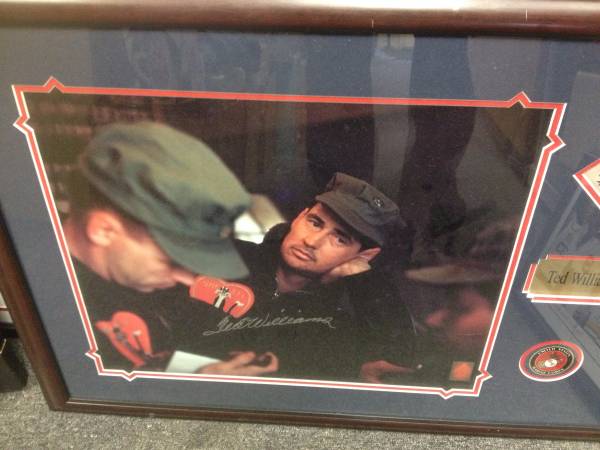 This ad is for lighthouses and a lot more – $1, http://boston.craigslist.org/sob/cbd/5670469201.html.  It seems to be photos, and the feature photo is of two rather surly young men wearing army hats. The poster encourages those who are interested to “COME IN AND LOOK WHAT IS GOOD”, and they have Hummels and Precious Moments Figurines, along with llots of sports memorabilia, but there is no mention of the lighthouse going for a buck.