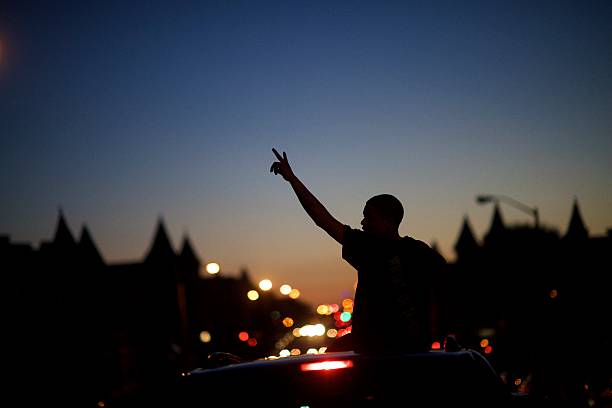 If you’ve ever been to Baltimore Maryland, you probably noticed something unique about the way the city’s residents spoke. Baltimore is home to one of the most unique accents in the country. Although it is similar in sound to the Philadelphia accent, there is something incredibly distinct about the accent found in Baltimore. However, aside from an accent, Baltimore is also home to some pretty unique slang words that may seem pretty confusing to outsiders. Sure, slang is everywhere, but the slang words in Baltimore tend to be pretty specific to the city. Well, now, you don’t have to feel left out during your next trip to Baltimore thanks to this post. Here are 5 words only people from Baltimore Maryland will understand.

To someone who doesn’t live in the Baltimore Maryland area, the term ‘beat your feet’ probably doesn’t make any sort of sense. However, to people from the city, it’s a phrase that most people are familiar with. Beating your feet is a style of dance that is commonly performed to go-go music.

This term is especially popular among young residents and is used as a term of endearment similar to friend or homey. If you hear someone in Baltimore referring to mo, chances are they aren’t talking about the first name.

When most people hear the letters DMV, they instantly think of the department of motor vehicles. However, in Baltimore Maryland, DMV refers to D.C., Maryland, and Virginia.

Just a heads up, if you hear somebody in Baltimore Maryland refer to you as a bamma, know it’s not a good thing. The word bamma is used to describe a person lacking in style and overall coolness. To top it off, these types of people are usually unaware of the fact that everyone thinks their corny.

Hon might be the most popular Baltimore slang word of them all. It’s also probably the simplest to understand. Hon is a term of endearment short for honey, and pronounced hun in other places all over the country.