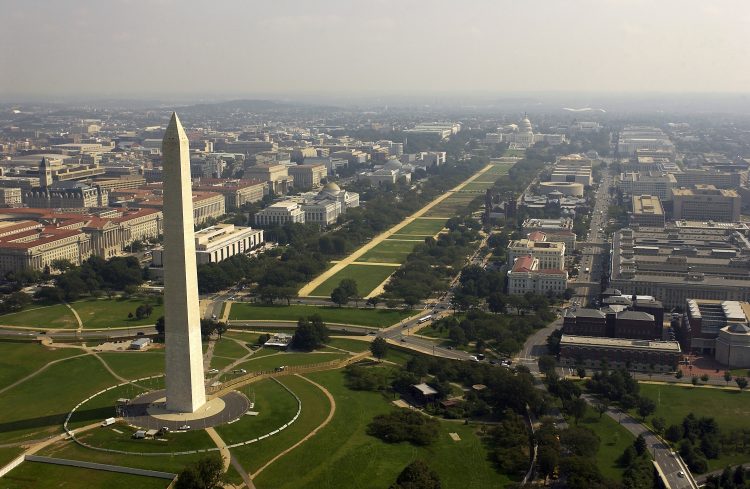 It’s a large city on the Eastern Seaboard of the United States, it’s the nation’s capital, and it’s where all the government dealings go down. We’re talking about Washington, DC: the district that resides in none of the fifty states but is still the place to visit if you want to learn about the governance, history, and culture of the country made up by those states. And of course, lots of visitors do come to Washington, DC: 21.3 million of them in 2015 alone, according to Destination DC. It’s one of the top tourist destinations in the Western Hemisphere.

However, there are over 672,000 people who live in the district. They work there, they take part in cultural and social activities there, they deal with the traffic there, and they contend with all the tourists. Visitors may come and go in the District of Columbia, but the residents are always there, and they’ve learned a few of the nuances of living in such a well-visited city. Here are ten things only people from Washington, DC understand.

Sure, when you meet new people in Washington, DC, they want to know your name, but immediately after you tell them, they want to know what you do. Inquiring about other people’s’ vocations is standard operating protocol at DC social events. Everyone’s networking, everyone’s hustling, and everyone’s trying to get a leg up. It’s possible that the person you’re speaking with is genuinely interested in you, as a new friend or more, but chances are that he or she is just trying to make some new professional connections.

2. You need to learn the alphabet soup.

Just about every place in DC is an acronym. There are agencies and companies who go by their initials alone, there are 22 letter streets in the district, and even some jobs are acronyms (POTUS, for example). Residents of DC throw these acronyms around nonchalantly; they’ve learned what they mean because not knowing would be disastrous. Plus, it’s a way to separate themselves from clueless visitors, who are completely lost when they’re instructed to, say, meet outside the IFC on K. (That’s the International Finance Corporation on K Street. You really need to learn the alphabet soup.)

3. When people say DMV, they probably don’t mean the Department of Motor Vehicles.

Although it’s possible that people who need to handle car-related paperwork in DC and Virginia use DMV to refer to the Department of Motor Vehicles (in Maryland, it’s MVA for Motor Vehicle Association), DMV more often means DC, Maryland, and Virginia. That’s the Greater DC area; the capital is small and is bordered by Maryland on the north and east, and Virginia on the south and west.

4. There are two seasons in DC: winter and allergies.

People who live in Washington, DC understand that when winter comes to an end, it’s time to break out the antihistamines and other allergy remedies, because the pollen is about to start flying. There are cherry blossoms and other flowering trees, plus grass, ragweed, and all sorts of other hay fever-inducing plants in the district, and it’s enough to make you miserable if you’re not taking precautions. District residents know that there’s a brief respite from allergies in winter months before it all starts up again in March. You can count on lots of pollen through at least Halloween.

5. Not everyone who says they’re from DC actually is from DC.

6. A half-smoke is not a cigarette snapped in half.

The District of Columbia is home to restaurants featuring cuisine from around the world, but if you want to point to an iconic DC food item, you’re probably looking at the half-smoke. Served up by DC’s Ben’s Chili Bowl, among other places, a half-smoke is a somewhat spicy and smoked hot dog that’s traditionally made of half pork and half beef. It’s served on a bun and topped with a piquant chili sauce. Street vendors hawk them in and around the Capital District, and while tourists may need to ask what a half-smoke is, people who are from DC need no explanation whatsoever.

7. Being a sports fan in DC is a thankless pursuit, but it sure is fun.

Going to a Washington Nationals baseball game has been a lot of fun in recent years, as the team has done quite well and even finished in first place in the NL East in 2016. The same goes for the NHL’s Washington Capitals; led by Alex Ovechkin, the team was the 2015-16 division champion. The NFL’s Washington Redskins play in town, as do the NBA’s Washington Wizards. However, the big prizes continue to elude DC’s teams and their fans: no Washington, DC professional sports team has won a championship since the Redskins brought it home way back in 1942.

8. The best time to see the Capital district is at night.

The National Mall is packed with tourists during the day, but at night, the crowds dissipate, and residents have the outdoor spaces more or less to themselves. Plus, when it’s all lit up at night, the buildings in DC look gorgeous, and the whole scene makes for great photography and great views of the nation’s capital in all its splendor.

Residents of DC understand that the layout of streets in the district is confusing, and they can always spot a tourist by the way they’re looking at the map app on his or her phone with a thoroughly confused grimace. The street pattern is intentionally difficult, but DC natives have made sense of it and own it. If you want a sensible grid, they might tell visitors, head up 95 to New York.

People from Washington, DC know that this rule applies in every single imaginable situation: on the Beltway, in a corridor, on the sidewalk, riding the escalator, and in pretty much every square inch of DC. If you’re moving slowly or not at all, stay to the right or risk being crushed. If you’re from DC, you understand. If you’re not, you’ll want to pick up on this unspoken rule as soon as possible — your safety depends on it!