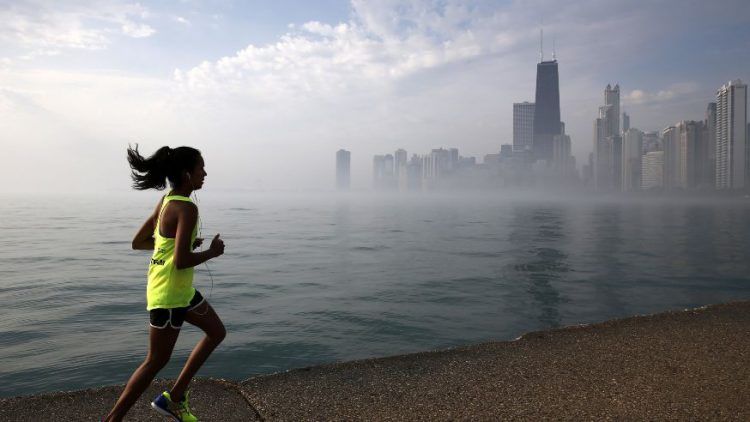 As the crisis over lead in water rages in Flint, Michigan, many cities across the United States are faced with the huge problem of discovery for their own aging water delivery systems. Many older cities, such as Chicago, have water distribution pipes which are made of lead, or soldered together with lead, and these are aging out. Along with the problems of age, new problems, such as lead leeching have also reared ugly heads when city water managers have begun the extensive and highly expensive process of upgrading their old water pipes. Chicago is among cities small and large which have embarked on projects to remove corroded and aging water mains, only to discover that individual pipelines to residences and businesses are in need of similar repair. Unfortunately, young children are at risk as elevated lead levels are being found in schools and homes across the country.

Though many people are aware of the crisis in Flint, the extent of the crisis is gradually becoming clear as Chicago and other cities are making headlines. Environmental engineer professor form Virginia Tech, Marc Edwards testified in Washington D.C. before the House Oversight and Government Reform Committee in March 2016, examining the lead crisis in Flint. That spurred testing programs across the United States. Chicago’s surprising tap water facts are currently in the midst of a national effort to remediate expensive lead pipe woes within the constraint of tight budgets, surrounded by escalating public fears about unsafe drinking water.

1. The Environmental Protection Agency partnered with Chicago Department of Water Management years ago, and completed a study which revealed that there are many loopholes in testing procedures for assessing lead amounts in drinking water.

In February 2016, CBS Chicago reporter Pam Zekman’s interview with Thomas Powers, Chicago Water Management Commissioner and Chicago homeowners spread the news that a class action lawsuit had been filed claiming that construction work replacing old city water mains is causing lead seepage into the city’s water supply. Zekman, winner of the Pulitzer Prize, skillfully presented opinions from many of the positions taken due to the lawsuit. The lawsuit charges include claims that the city not only knew that the construction process would stir up lead problems when the lead pipes were disturbed, and that the city did not warn homeowners that there could be problems with their water supply. Powers defended the city’s position, denying that homeowners were not sufficiently made aware of potential dangers. He said that the city provided documents delivered to homeowners with information concerning how best to flush water lines and noted that phosphate is added to help pipes re-coat themselves when their coating is disturbed.

Though the Environmental Protection Agency (EPA) met with the Department of Water Management for Chicago a few years earlier, and a partnership study disclosed inadequate procedures for water testing, both agencies claim that Chicago water is safe and exceeds industry, state and federal water standards.

Residents who live in buildings built prior to 1986 still may have problems, as lead pipes were commonly used in construction before then. Concerned residents have options for using their tap water:

2. Approximately 80% of Chicago properties are attached to water service lines which have been made with lead.

Chicago, just like many other cities in the United States, has a public drinking water system generations old. Most cities, which have older pipes, use chemicals to fight the corrosion inside pipes known to cause problems with lead leaching into the water. The chemicals form a coating which protects pipe interiors. Unfortunately, if city officials try to save money by stopping the chemical treatment, serious lead levels can reach homes, and this is exactly what happened in Flint, Michigan.

EPA water expert, Miguel Del Toral was part of the Chicago study which discovered that disrupting lead service lines can lead to harmful lead levels in drinking water. He has cautioned that officials need to help people to protect themselves by providing proper water system information. But Chicago Mayer, Rahm Emanuel has been increasing the overhaul speed of the city’s water system. Michael Hawthorne, Contact Reporter for the Chicago Tribune noted in his February 2016 article that Chicago has more water service lines made from lead than any other municipality in the United States. Hawthorne also noted that Chicago residents were given hand-outs before the water main work began that did not include information about lead, and residents were advised to simply flush their taps just one time following the city’s plumbing repairs and street work.

The legal firm filing the class action suit on February 18, 2016, against the City of Chicago, is using the website to collect contact information from all Chicago residents who might participate in the lawsuit. The suit was filed in the Chancery Division of the Circuit Court in Cook County, Illinois County. It names three plaintiffs individually and “all others” who might be situated in similar fashion; represented by their attorneys undersigned. The complaint demanded a jury trial. The key attorneys are named as Steve W. Berman and Elizabeth A. Fegan.

4. The 2014 Maximum Contaminant Level (MCL) for lead in the tap water of the Chicago Suburban District was Zero.

Illinois American Water posted the 2015 Annual Water Quality Report for the Chicago Suburban District online. Page 5 of the 6-page report indicates lead levels detected. The MCL for lead was 0, based on parts per billion (ppb), and based on the results of 30 samples taken from customer’s taps. The Lead and Copper Rule requires that certain requirements must be met for compliance. In the case of lead, the action level is 15 ppb. Based on this requirement, the lead content is compliant. However, there is a disclaimer noting that ppb of lead may be higher in some homes “as a result of materials used” in the individual home’s plumbing.

5. In the past, homes tested for lead belonged to Water Department employees, present and former.

In August 2016, Chicago Department of Water Management announced that it would welcome homeowners for tap water testing before and after the street mains are installed in their areas.

The city has also sent residential test kits and collected them for analysis. The laboratory results showed that some samples showed spikes of lead in cases where more water flowed through the tap served by lead pipes. These results varied significantly from the first liters of water drawn, which showed low lead levels. Chicago Tribune Contact Reporter, Michael Hawthorne noted that many of the higher-risk streets have leaky water mains which were mostly installed during the 1800s and continuing to the early part of the 1900s. Unfortunately, the 440 miles plus of new cast iron pipe water mains were attached to existing lead service lines that connect residences to the street mains.

6. In April 2016, the Chicago Sun-Times announced that 28 schools in the city were having their tap water tested for lead.

Mayor Rahm Emanuel’s office announced that a pilot program had been implemented to evaluate health risks which potentially had emerged due to city water pipes made from lead. The schools were chosen based on pipe condition, and the age of the students and the school itself. Residents of the city were also notified to call 311 to have their own tap water tested for free. Thomas Powers, who had been the Water Management Department Commissioner, resigned approximately three weeks before the announcement.

7. During Powers’ tenure, 72, 176 water meters designed to conserve water were installed within homes in Chicago, 198 miles of sewers were re-lined, 77 miles of sewer mains and 320 miles of water mains were replaced.

Chicago Sun-Times reporter, Fran Spielman, referred to Powers as the engineer who resigned just prior to the inception of lead water pipe testing in the city. The April news article also noted that Powers was regarded highly by Chicago aldermen as a highly responsive commissioner with extensive infrastructure knowledge and willingness to go the extra distance for Chicago.

A May 2016 NBC News article by Tracy Conner, reported that NBC surveyed the school water in 20 large cities in the United States. Chicago was among the group surveyed, and NBC discovered that the testing process varies widely across the cities surveyed. Revealed, included the news that Houston has only tested a few schools, while Los Angeles has not tested district-wide in many years. Prompted by the dire conditions in Flint, Michigan, many city school districts are beginning new efforts to test the water which their students drink. Emily Bittner, spokeswoman for Chicago schools, said that Chicago’s pilot testing program, which now includes at least 800 city schools, was implemented due to the “national conversation” which is taking place as people angrily discuss the lead levels and medical issues in Flint.

Lake Michigan is the only Great Lake which is completely located in the USA. An extensive process of ten steps is used to treat the lake water and prepare it for drinking. The lake water enters an intake crib which collects at about 30 feet beneath the surface of the lake. The water flows from the crib to a purification plant via a tunnel underneath the lake bed. Eight traveling screens filter the water for debris. Chemicals are added as the water flows through specialized application channels into mixing basins. The water is flocculated, passed to settling basins to rest until the floc settles. Sand and gravel further filter the water, and it passes into clearwells. Final chemical application takes place and the finished water flows into reservoirs before passing into its distribution system.

10. Approximately one billion gallons of water per day are delivered to the city of Chicago and its suburbs.

The Bureau of Water Supply is responsible for managing the water supply which enters the city. The process of treating raw water begins in the middle of Lake Michigan, where the crib is situated. The crib is about two miles off the lake shore. From the crib, water is directed toward two purification plants where impurities are removed and the water is treated. Gravity propels the treated water to the twelve strategically located pumping plants dispersed throughout the city. It is the work of the pumping stations to pressurize and bring the water to the main city grids. From there, water is distributed throughout the city. The Bureau tests the water around the clock and every day of the year. The quality exceeds the existing water quality standards set forth by the Illinois Pollution Control Board and the EPA of the United States.