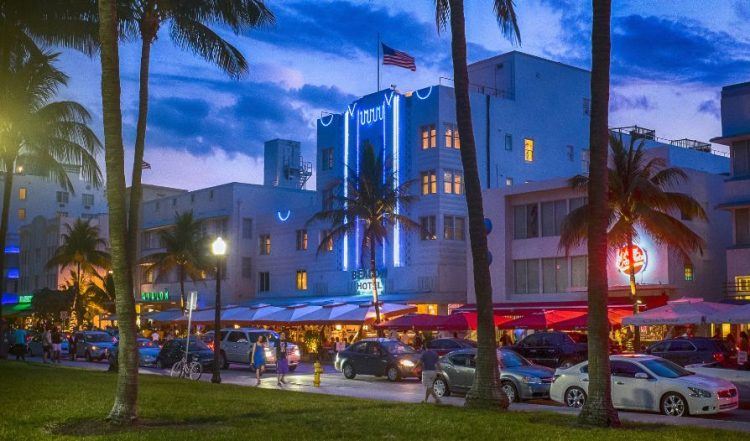 While most of the streets in the U.S. are nondescript and not noteworthy, a handful are closely tied to the country’s history, culture, or truly stand out in a significant way. These are the spots that have been made legendary by pop culture, songs, events, and literature and that in some way represent what the nation was or has become. Here are ten of the most significant streets in America.

Chicago’s Magnificent Mile is on Michigan Avenue, running north and south right through the heart of the city. This is essentially the cultural hub of Chicago and it’s also where some of the area’s top restaurants and boutiques are. You want to visit an interesting museum or attraction? Go to Michigan Avenue. Looking for nightlife, a top eatery, or upscale shopping? Michigan Avenue is the place to go for that as well.

Memphis is one of the nation’s most famed music towns with a rich history, and much of it is tied in some way to Beale Street. Those who love music come from all corners of the world to walk down this famous street where the music scene is still lively and thriving. This is the type of place where you can find live music each and every night of the week, and there are a number of interesting historical sights along the way — after all, Beale Street is known as the birthplace of the blues genre.

Due to being the country’s “Walking City”, Boston has a number of streets that stand out. The one that’s most prominent and important, however, is Beacon Street. It’s where locals head for a stroll and it also hosts Boston Common, a green space that’s noted worldwide for its beauty and as being a model for public parks. This particular spot along Beacon Street also happens to be the oldest city park in America, with a history dating back to 1634.

The ocean breeze, towering palm trees, exotic cars, beautiful people — all of those are things that are associated with Ocean Drive, and that’s why it’s one of the most significant streets in America. It’s been talked about in movies, made the subject of ad campaigns, and is a go-to destination for visitors to the area. History buffs also tend to stroll along there to see its gorgeous Art Deco architecture and fine collection of museums. Celebs and those who want to be seen go to Ocean Drive for the nightlife.

San Francisco’s Lombard Street is definitely one of its most famous. It’s noted as being the most crooked street in the country — you’ve got to navigate crazy hairpin turns to get down the steep hill. The reward for doing so is a beautiful view full of colorful flowers, iconic townhouses, and lovely shrubs. Because Lombard Street is so picturesque, it’s often featured on postcards, posters, and calendars.

Few people living in this country haven’t heard of Broadway, and it’s known by people who have never even stepped foot on soil in the U.S. This is one of the busiest streets in America and it’s also one that’s packed with some of the nation’s most thrilling entertainment. The long stretch of road runs through Manhattan and part of the Bronx, Yonkers, Dobbs Ferry, Irvington, Tarrytown, Sleepy Hollow, and Hastings-On-Hudson. Broadway is NYC’s oldest main thoroughfare running north-south and it’s the hub of American theater and performing arts.

What’s not to love about the Vegas Strip? Yes, there have been some lascivious scandals that have taken place there, it used to be quite seedy, and you can still find illicit activities cropping up here and there. Still, the sights and sounds of The Strip make it well worth a visit. There’s tons of bright lights, fabulously grand hotels, wonderful restaurants, and luxury boutiques. And one can’t forget to mention The Strip’s casinos, where fortunes are won and lost and millions of people head to each year.

This is one of the most iconic streets in America, and it’s accurate to say that when people visit this part of Vegas they often spend an entire vacation there without leaving The Strip. That’s how packed with entertainment, people, and things this one section of Las Vegas Boulevard is — the city just wouldn’t be the same without it.

Bourbon Street is among the most legendary streets in America, and there’s a slew of reasons why. The 13 block area in the French Quarter runs from Canal Street to Esplanade Avenue, and when people head to New Orleans to party and experience what the Big Easy has to offer this is where they usually go. Bourbon Street’s reputation is just about synonymous with that of New Orleans, and it’s where the most famous Mardi Gras celebrations take place.

There’s great jazz spots, parties year round, and delectable French Creole cuisine. The number of incredible restaurants on Bourbon Street alone makes it worthy of recognition, but there’s much more there than food. You’ll also find buildings with wonderful charm and architecture, historic and cultural sights, and places that are odd in the best possible way.

Rodeo Drive is hated by some and loved by those with an affinity for shopping and being seen. Whether you go to be noticed or to splurge, what can’t be denied is how significant this street is to pop culture in America. The two long mile road is primarily located in ritzy and upscale Beverly Hills, but a small portion of it lies in LA. Prestigious luxury shops, uber exclusive restaurants, and interesting attractions can be found on Rodeo Drive, all surrounded by breezy palm trees.

These days Wall Street has two sides: the iconic one that symbolizes America’s financial prowess, and another that calls to mind what’s not so great about the economy. It’s home to the two largest stock exchanges on the planet as well as other financial entities and corporate headquarters. Tourists to New York City often make Wall Street a must-see stop, especially to get a glimpse of the gold vault that lies beneath the Federal Reserve.