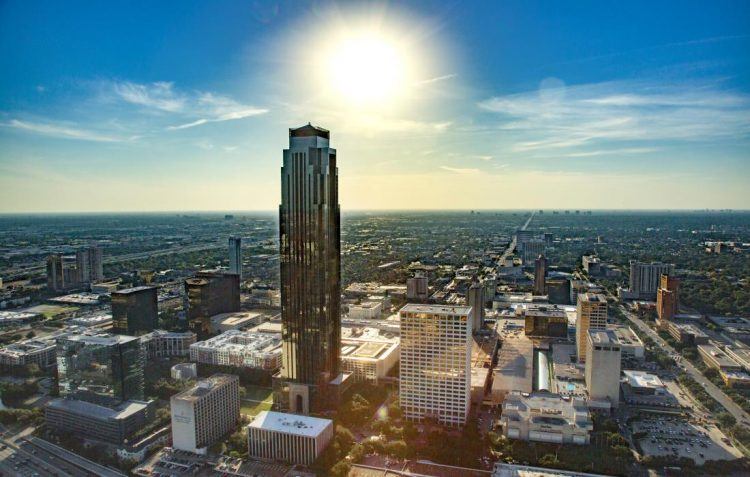 Houston is the fourth most populated city in the United States, with over 2,000,000 residents. It has an interesting history, and the vibe and culture in Houston are definitely unique compared to other major cities in Texas. Space City has its high points: the great shopping and restaurants, numerous museums, a great zoo, excellent universities, and tons of major sports teams. However, like any city that’s very large, Houston has areas that are not just undesirable, but notably unsafe.

Most of the city is not zoned, meaning you can be in a neighborhood full of million dollar homes and go half a mile down the street to see a run-down area that’s crime ridden. Drug trafficking, robbery, and murder are some of Houston’s biggest crime issues, and it’s also become one of the largest human trafficking hubs in the US.

Here are 10 areas in Houston that are notorious for being dangerous.

In southeast Houston’s Third Ward is the MacGregor neighborhood, which was noted just years ago as being the 15th most dangerous area in the United States. Located at the intersection of McGowen and Dowling Streets, it may be difficult for outsiders to see how dangerous it is. The area includes beautiful older mansions, lovely homes, and a large, well-funded research university, the University of Houston.

However, there are also tons of low income apartments scattered around, a college with a high violent crime rate, Texas Southern University, and rampant theft. The MacGregor area’s violent crime rate is 75.89 per 1,000 residents, and people living in the area have a 1 in 13 chance of becoming a victim of crime each year.

It’s not uncommon for students living on campus at the University of Houston and Texas Southern University to get notices about crimes that have happened on or around the school campus. The public elementary, junior high, and high schools in the area are some of the most poorly rated in the Houston Independent School District.

Sharpstown was built as a master-planned community back in the mid-1950s by Frank Sharp, who thought the area had promise as a great place for families. He was right at first, and Sharpstown did grow and was a sought after district for entertainment, had good schools, and it was relatively safe to live there. Fast forward a few decades, and Sharpstown is a crime ridden area.

What used to be called Sharpstown Mall, but is now named PlazAmericas, is one spot where people in the area are particularly wary about going. It became Houston’s first air conditioned enclosed shopping mall in 1961, but deteriorated in the 1990s and early 2000s. Efforts to renovate the shopping center haven’t done much to revitalize the area.

In north Houston is the Greenspoint area, which has come to be known as “Gunspoint” among people familiar with its history. In the late 1990s and early 2000s, much effort was spent trying to convert low income apartments into higher end family housing. During this time, the crime rate in Greenspoint decreased. After Hurricane Katrina devastated New Orleans in 2005, many evacuees settled in the Greenspoint area and crime rates started to rise again.

Despite the Houston Police Department putting a storefront in Greenspoint to establish a greater presence and ease the fears of business owners and residents, the neighborhood is still known as a hotbed of criminal activity. Efforts are now going into cleaning up the apartment complexes and trying to revitalize the area, and some improvements have been made. Overall, however, Greenspoint is still a notably dangerous part of Houston.

The neighborhood at the intersection of Clinton Drive and Waco Street in Houston’s Fifth Ward is known for being a dangerous place to live or visit. The public schools here, which are part of the Houston Independent School District, are also known to be particularly troubled. Over half of all the children in this neighborhood live below poverty level, and a near majority of the households are single-parent households.

The Travis Street and Elgin Street neighborhood, which is located in Midtown Houston, is seen as a sketchy area. Violent assaults, thefts, and robberies are common here, and the neighborhood stands in sharp contrast to other areas of Midtown that have experienced revitalization. Travis and Elgin Streets are bordered by Gulf Freeway and Main Street, and the neighborhood is in an area that’s being gentrified. However, all of the benefits of the new developments haven’t made it over to this neighborhood yet. It also has very poorly rated public schools.

The neighborhood at the intersection of Leeland and Scott Streets in Houston, on the Southeast part of the city near Gulf Freeway, is one of the most dangerous in terms of property and violent crimes. Theft is another major problem in this area. The positive thing is that the neighborhood is changing for the better, and newer small and medium sized homes are replacing many of the rundown apartment complexes. As the average income of this neighborhood continues to grow, it’s expected that the crime rates around Leeland Street and Scott Street will decline.

At the intersection of North Main Street and Morris Street is a neighborhood with a crime rate that’s significantly higher than average. Over 67 percent of the residents are of Hispanic descent, and it’s also home to a large number of senior citizens. Though many of the people living in this neighborhood are homeowners in small and medium size houses, there are also a lot of low income apartment complexes dotting the area. Property crimes and assault are very common here.

On the north side of Houston is the Tidwell area, which in general has a higher crime rate than the rest of the city. However, one particular neighborhood at Fulton Street and Northline Mall, which is bordered by East Tidwell Road, is a hot bed of gun violence, theft, assault, and property crime. Most of the houses in the area are older, small homes and apartments.

The neighborhood of Main Street and Murworth Drive, which is bordered by Kirby Drive, South Loop West Freeway, and South Main Street, is known for being impoverished and crime ridden. The average income of residents is below the city’s average, property and violent crime are common, and property values here are low. In turn, the schools in the area are some of the worst performing schools in the district.