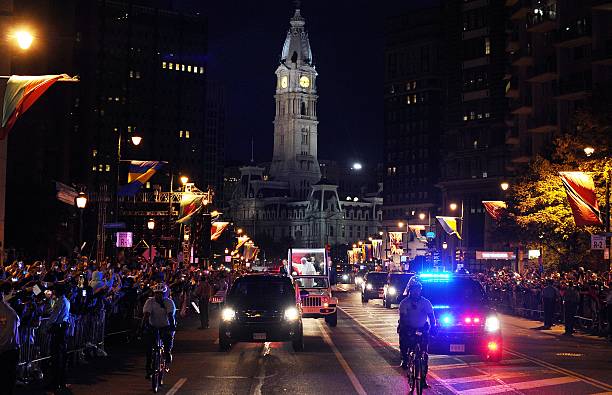 Known far and wide as The City of Brotherly Love, Philadelphia Pennsylvania has a reputation for being diverse and welcoming. Over the years, Philly has become a popular destination for sports fans and tourists. And, as one of the most populous cities in the country, it’s also become a popular place to live. With that being said, it’s easy to see why anyone would want to spend time in Philadelphia. The city offers an endless variety of things to do from museums to restaurants to live entertainment. However, living in Philadelphia isn’t always rainbows and butterflies. As with any other place, there are definitely some downsides to living in the city. Here are the 5 worse things about living in Philadelphia Pennsylvania.

If you live or work in Philadelphia, get read to pay the city’s wage tax. According to the city’s website, “The City Wage Tax is a tax on salaries, wages, commissions, and other compensation. The tax applies to payments that a person receives from an employer in return for work or services. All Philadelphia residents owe the City Wage Tax, regardless of where they work. Non-residents who work in Philadelphia must also pay the Wage Tax.” The current wage tax is 3.8907% for residents of the city and 3.4654% for non-residents.

Since Philadelphia is located just 90 minutes from New York City (which is famous for its pizza), most people would probably expect the pizza in Philly to be decent. However, far and wide that simply isn’t the case. Of course, you can find a few decent slices at restaurants in Philly, but in general, the pizza isn’t anything to write home about.

Trying to park in Philadelphia Pennsylvania is a nightmare for several reasons, but mainly because it can be incredibly difficult to find a spot – especially in Center City. On top of that, many of the on street parking spaces have a two hour limit. But what is worst of all is that you’ll probably get a ticket no matter where you park. Philadelphia Parking Authority can be a real pain, and they definitely won’t be cutting you any slack.

Bad place to raise a family

People who have or are currently raising families in Philadelphia will likely disagree, but a recent study by Apartment List shows that Philadelphia is one of the worst cities in the country to raise a family. According to Philly Voice “The website focused on four factors, including a safety score that was weighted at 35 percent, housing affordability weighted at 30 percent, education quality at 25 percent and child friendliness at 10 percent. Individually, Philly earned a safety score of 34.7, affordability score of 26.2, education score of 4.5 and child friendliness score of 31.2, giving it a total score of 24.25.”

One of the “unhappiest places to live”

Another study by Wallet Hub showed that Philadelphia is one of the most unhappiest cities to live in. The study looked at factors such as “emotional and physical well-being,” “income and employment,” and “community and environment” and ranked Philly at 139 which put it just under Jackson, Mississippi and just above Akron, Ohio.