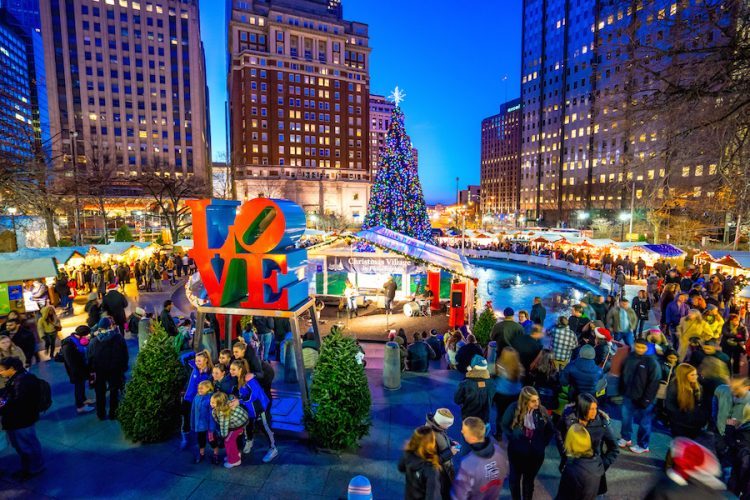 Philadelphia is a city that’s known around the world, and it has a very rich history and a vibe that’s unlike any other place in the nation. However, it’s common for people to mistakenly think that Philly boils down to cheesesteaks and sports. Those two things matter, but here’s so much more to the city than that. People who have spent years there or who call it their hometown have the type of knowledge about the City of Brotherly Love that most outsiders will never get. Here are ten things that only people from Philadelphia will truly understand.

1. The cheesesteak rivalries aren’t what most people think, but the obsession is real.

It’s true that there have been rivalries going on between cheesesteak spots for decades, with Pats’s vs. Geno’s and Dalessandro’s vs. Chubby’s being two of the most prominent battles. Yes, people in Philadelphia often debate about which cheese steak reigns supreme and who in the neighborhood is worth the dollars. However, people from outside of Philly too often think that the these rivalries are hateful between the proprietors themselves. On the contrary, most of the rivalries are between the patrons of the eateries rather than the cheesesteak joints. That said, people from Philly truly do love the iconic sandwich, there is a right and a wrong way to eat it, and the best place to get one isn’t from any of the spots named above.

2. Don’t even think of wearing any Dallas Cowboys gear on the streets.

Another rivalry that’s been going on is between the Philadelphia Eagles and the Dallas Cowboys. Some transplants from Texas and other areas who are fans of the latter often get a big wake up call the first time they step onto the streets clad in a Cowboy’s jersey. Those from Philly know not to even think of doing such a thing — outsiders would be wise to avoid it as well. Ignore the warning, and don’t be surprised if you get heckled on the street.

3. There are several other sports teams that Philly natives are obligated to despise. At the very least, you’d better pretend to hate them in public.

The folks in Philadelphia are serious about their sports, so it’s always best to be on the right side of the line. In addition to the Dallas Cowboys, anyone who goes around publicly proclaiming that any of the following are better than the hometown franchises are asking for trouble: the NY Giants, NY Yankees, and the Jets. Don’t believe it? Go into a bar on game day wearing any of those team’s jerseys and note what happens.

4. NYC has nothing on Philly’s pretzels.

Cheesesteaks and cream cheese are the two foods most people around the country know Philadelphia for, but there’s something that ranks right up with them: pretzels. Particularly, fresh soft pretzels with just the right amount of salt coming straight from the hawkers. There’s nothing like it, and NY’s offerings don’t even come close. That the world’s first pretzel museum was opened in Philly should tell you something.

5. The city’s nickname has a profound meaning.

The nickname most know Philly by is The City of Brotherly Love, and that’s what the word “Philadelphia” actually means — it’s a combo of the Greek words phileo (love) and adelphos (brother). One of the symbols of the attitude that the city embraces is Friendship Gate. It was gifted to Philly by Tianjin, China, which happens to be Philadelphia’s sister city. Not only is it an impressive sight, the four story arch is the first of its kind in the U.S. The people of the city are definitely proud to have it around.

The country’s first Naval Academy was located in Philadelphia, where it was established in 1834. The location saw itself revamped many times since then, and today Naval Square is still near and dear to Philadelphia natives. That’s why during football season when Navy hits the field, people in Philly still root for them. Talk about anyone you want to, just don’t even try to bad mouth the Navy.

7. The best photo op isn’t where you think it is.

The absolute best place to snap a pic isn’t by one of the many historic sights around the city, although they also make fantastic backdrops for selfies. The real gem is the Rocky Balboa statue right near the stairs at the Philadelphia Museum of Art. The statue was originally created for Rocky III, but once the movie was completed Sylvester Stallone donated it to the city. It’s still there, it’s still epic, and getting a photo standing next to it is a must.

When you want to use the plural form of the word “you” in Philadelphia, it’s a must to shirk grammatical conventions and opt for the term “yuze”. Confused about how to use it? Here are some examples: “Are yuze guys at Joe’s?”. “Yuze better hurry up, we gotta leave in ten!”. The world can also thank Philly for bringing the term “yo” into usage.

9. No farmers market in the world tops Reading Terminal Market.

The problem with places like San Francisco and NYC are they lied to the world and claimed to have some of the best farmers markets in existence. Go to Reading Terminal Market — right at 12th and Arch — and you’ll see who’s really on top. It’s not just a place where you can get awesome food, produce, and trinkets, it’s an incredibly fun experience. It doesn’t enjoy the status of being America’s oldest continuously running farmers market for no reason.

10. Fried chicken and donuts were made for each other.

The south did a nice thing when they came up with the chicken and waffles combo, but it’s not as good as chicken and donuts. If you want the best, you’ve got to head to Federal Donuts. You may have heard of it before, but eating there will make you a believer. Get any of their chicken specials and they’ll tuck a wonderfully delicious honey donut in with it. While you’re there grab a cup of their coffee, which is also excellent.