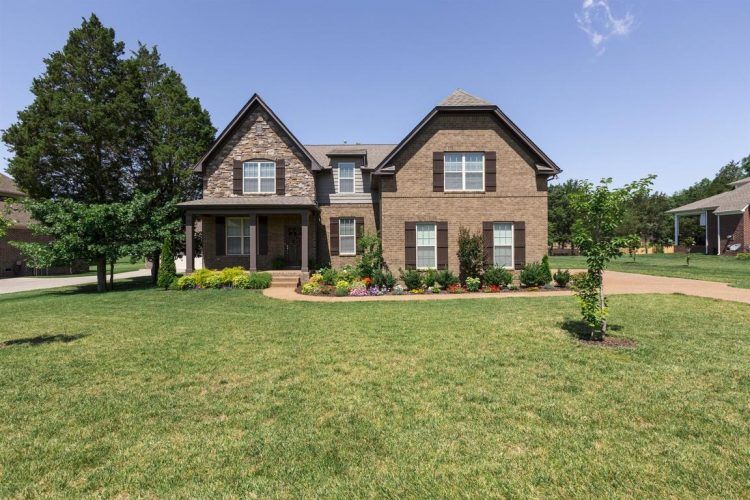 Remarkable news generates interest in a Nashville neighborhood. After a decade of slow and steady growth, expectations are for Eastwood, Nashville to be the second most in demand neighborhood for real estate in the United States. This is based upon data gathered by Redfin.com. Buyers are looking for affordability, public transit, and unique charm. This is a rare combination, but Eastwood, Nashville is a perfect fit. The architecture, stores, coffee shops, and short rides to the downtown area of Nashville make Eastwood a “hot” real estate market.

Eastwood is on the east side of downtown Nashville across from the Cumberland River. The Eastwood area is mainly residential. It has some mixed-use areas for businesses. It retains an artistic and trendy atmosphere from the late 1800s. Its charm is partly due to the architectural styles popular between 1890 and 1940. Homes in Eastwood are diverse. There are cozy cottages, distinct Tudors, large foursquares, and brand new historic replica homes that make this neighborhood unique.

Eastwood’s historical development reflects the changes in our history. The neighborhood exists where farms and trading posts once stood from long ago. The east side of Nashville still stands after fires and tornadoes. With Nashville experiencing tremendous growth, urban sprawl occurs. This leads to the formation of several neighborhoods. Eastwood is one of them. The popularity of the area grows. In the mid-2000s, the area experiences a large amount of growth quickly.

Commercial districts and residential areas develop. With growth, there is growing pains. The residents worry about the character of the neighborhood changing due to new modern designs. Developers and long-time residents make compromises. Eastwood becomes a Neighborhood Conservation Zoning Overlay district in July 2004. This allows for the unique architecture of the neighborhood to be more protected. It encourages new construction to blend in with existing structures that have elements of Classical Revival details and English styled cottages.

The buyers are younger. Young millennials (buyers between the ages of 25 and 34) comprise the largest group of homebuyers. They account for 32 percent of the buyers. Millennials account for 68 percent of first-time buyers. Some of these young buyers are shopping for a permanent home. Others view it as an investment.

Another trend in this year’s most popular neighborhoods is that buyers are looking for neighborhoodis with houses that exhibit character. Redfin reports that many buyers are not interested in “cookie cutter” homes. Today’s buyers look for neighborhoods with tree-lined streets. They look for interesting and original architecture. Living in a neighborhood with a unique personality is the desire of Millennials.

Data indicates that Eastwood is safer than 75 percent of the cities in Tennessee. The overall crime rate in Eastwood is 2 percent lower than the national average. For every 100,000 people, there are approximately 8 daily crimes. The majority of crimes involve theft. Violent crimes is a rarity in Eastwood.

There is a very interesting ratio in home prices and the cost of rent. They appear to be polar opposites.

Eastwood, Nashville is one of the top up and coming neighborhoods in the US. It attracts young urban professionals and liberals. Eastwood is a welcoming place. The environment and quaint neighborhood qualities contribute to its growth. It has the amenities that young professionals are seeking. There are coffee shops and art galleries through out the neighborhood. Eastwood has provisions for bikers and walkers. There are many festivals and fairs during the year.

Eastwood is experiencing a tremendous amount of interest from millennials and investors. They buy homes and offer them as rentals on sites like Airbnb or VRBO. Eastwood offers its permanent residents a short commute to downtown. Eastwood is becoming a destination itself. Places such as 3 Crow Bar, The Nashville Biscuit House, Red Door Saloon, and Jeni’s Splendid Ice Creams attract people from different neighborhoods around Nashville.

Eastwood and other East Nashville neighborhoods are very conscious of the future. They are trying to set stricter building codes. Protecting the unique architecture is a main focus.The area is trying to focus design on pedestrians and bikers instead of cars. A mass transit train system is in the plans to run from the East Nashville neighborhoods to a little west of downtown Nashville. The goal is to correct the effects of urban sprawl and incorporate aspects of Seattle and Portland. Eastwood, Tennessee is already provining a laid-back, hip culture that attracts people who value unique housing and healthier living.