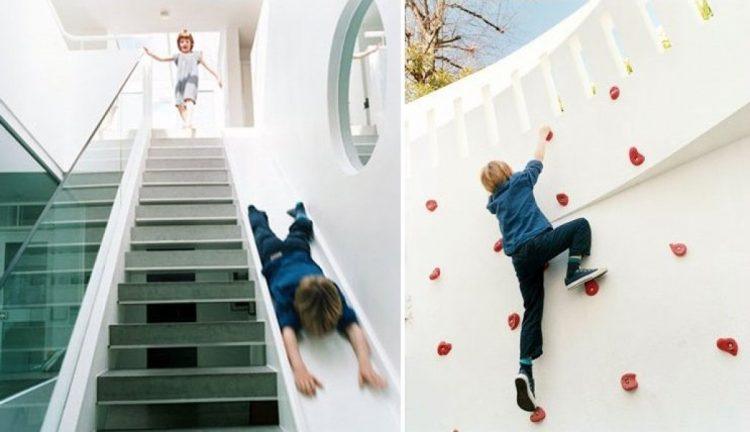 There are few greater joys than raising a family, and for the average parent or aspiring parent, there is a quick shift in paradigms in which they develop an almost inherent proclivity to consider their children in every decision they make. It is natural for parents to have a desire to offer their children the best possible environment in which to grow, become educated and develop into productive adults. One thing that can impact the ability of a parent to provide their children with the best advantages is the location.

This report focuses on the best cities in the U.S. to raise children. Providing a kid-friendly home is about more than the immediate environment and proximity of the home. It also includes the safety of the complete parameter in which they will live and operate, the quality of the educational system in the area, and the overall quality of life. Following is a list of the top cities in America to raise kids.

Newton, MA is a city that is comprised of 13 primary villages, and in many ways it resembles an oversized school campus. The outlay of the city creates a situation in which the vast majority of the schools are within walking or biking distance from homes. The combination of the New England style architecture, combined with well-kept parks and beautifully landscaped yards created a connected environment in what have become effectually known as the Garden City.

Newton is a community that places a great deal of emphasis on education, and more than one-fourth of all homes in the city have school-aged children residing in them. These schools in this small community are rated among the highest in the Boston area. The city is also the home of Boston College, which provides substantial support to local schools. Also, the prestigious Massachusetts Institute of Technology is nearby — often partnering with area schools to create educational programs for high school students.

While Royal Oak has a low percentage of school-aged children when compared to other cities on the list, it provides such an exceptional environment for children that those children living in the area are extremely lucky. This suburb of Detroit provides an environment in which the education is a priority — with highly rated schools and an immensely progressive library system. The recreational programs that provide afterschool development opportunities also serve to provide exceptional advantages to developing children. The crime rate in the City is on a steady declined over recent years, and it remains under the national average.

With more than 50 parks in the area, there is substantial space for parents to take their children to burn off excess energy. The city’s art center provides an avenue for children to allow their creativity to evolve.

Palo Alto has consistently been considered a great place to raise a family, and nothing has changed. The cost of living in Palo Alto is significantly higher than the national average; however, parents agree that the high price tag is definitely worth it — with all things being considered. First and foremost, the high price tag affords the opportunity for these parents to send their children to exceptionally high rated schools that place a great deal of gravity on the importance of education. Additionally, the pristine parks in the area provide a great place for kids to play and unwind during down time.

Centered in the heart of Silicon Valley, Palo Alto boasts an extremely low crime rate, and there are exorbitant number of educational opportunities and cultural events that are offered at nearby Stanford University.

Of the cities on this list, Brentwood, TN has the highest percentage of children per household, and there a good reason for this number. The combination of highly ranked schools, small town atmosphere and large-lot homes makes it a safe and productive place to raise children. Being considered one of the richest suburbs Tennessee, Brentwood offers multitudinous benefits to the children lucky enough to grow up there. Maybe the greatest advantage offered in Brentwood is the low student-to-teacher ratio, which increases the success rate of the students. Additionally, the fact that the athletic and academic programs are well-funded is also a nice benefit.

While Brentwood has its own wide range of restaurants, entertainment options and parks, its close proximity to larger cities like Middle Tennessee and Nashville provides access to performance spaces, professional sports venues and a number of activities designed for kids.

There are a number of advantages to growing up in Carmel that immediately appeal to parents, beginning with its highly rated school system. Another appeal of Carmel is that it has an exceptionally low crime rate when compared to the national average. With so much emphasis being placed on going green, the environmentally conscious leaders of this community place a great deal of emphasis on reducing the city’s carbon footprint — which also leads to a cleaner environment.

Kids love Carmel because there are so many fun things for them to do, including enjoying all of the water rides at the local water park. There is even a museum of miniature horses, as well as a number of parks they can safely play in. One thing that all kids love and that is other kids to play with, and 34 percent of the homes in Carmel have school-aged children residing in them.

Resting on the North Side of Indianapolis, Carmel has recently undergone a remarkable transformation of its downtown area. Additionally, the older neighborhoods in the city have been rejuvenated.

The bike and walking trails are great for providing serenity and the ideal opportunity for natural exercise.

While every family will be looking for something different when it comes to choosing the best location in which to raise their children. The cities listed here possess the most commonly sought after amenities of parents who are raising children.