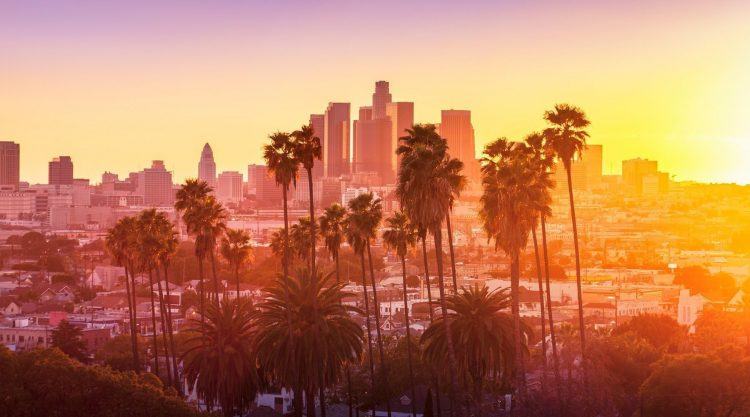 As the country begins to get back on track with employment rates and opportunities, California appears to be adding jobs to its economy faster than anywhere else in the United States. The past few years have seen improvement in California’s job opportunities and that promises to continue to rise. California has several major cities where job opportunities are more prevalent. Suburbs of these cities provide nice places to raise families with good housing and low crime rates.

Following are the 10 best places to work in California.

Over the past 2 years, Irvine, California has been considered one of the best places to live and work in California. For a large city, Irvine has a good school system, real estate is affordable, there are family friendly activities in Irvine, and the city is consistently named in the top for economic growth. Located in southern California, Irvine was organized as a planned city in the 1960s. Today, the population is over 258,000.

Irvine is home to many national and international company headquarters. A hub for technological companies, industries located in Irvine include ATEN Technology, BAX Global, eMachines, Epicore Software Corporation, Quicksilver Software and Paragon Software Group are just some of the companies headquartered in Irvine. Education also provides jobs in the city. UCLA Irvine, Concordia University, and several other university campuses are located in Irvine. Other major companies in Irvine include Allegron, Blizzard Entertainment, Parker Hannifin, B. Braun Medical and Western Digital.

Irvine has benefits for living and working. The median household income in the city is $99,000. The median house sells about $700,000. Irvine home values have recently increased over the past few years. With major businesses located in Irvine that increasingly offer job opportunities, Irvine is both a safe and economically successful place to live.

Freemont is located in central California and on the west coast in the East Bay region of San Francisco Bay Area. It is close to Silicon Valley. Freemont’s population is over 200,000. The median household income in the city is $104,000. The median house value is $776,000.

San Jose is located in the heart of Silicone Valley in the San Francisco Bay Area. It is a technology center with many high paying job opportunities. As the 3rd largest populated city, San Jose has over 1 million residents. The population and economy of the city grew substantially during the 1990s when Silicone Valley became a technological center of the world.

As Silicon Valley developed, San Jose was in the center. Computer, microprocessor and technology engineering caused the influx of jobs and population in the 1990s that would slow down in the early 2000s. The economy has improved over the years and San Jose is a great place to live and work. Several major California universities in the area, including UC Berkley, UC Santa Cruz, San Jose State University, CSU East Bay, and Stanford University bring graduates into the area to work in the computer science and engineering fields.

Folsom is located in central California in Sacramento County. The current population is over 73,000. The city has been named one of the best places in the state to raise a family. Folsom has seen steady growth in population bringing in a workforce educated in technology from nearby universities. Because it is located in a central region of California with access to transportation, Folsom is a good place for businesses to locate. Intel, Micron and PowerSchool are some of the companies that are headquartered in Folsom.

Located in the San Francisco Bay area and within Silicon Valley, Palo Alto has major employment possibilities. Palo Alto is home to more than 70,000 companies and employs nearly 100,000. The city’s population is over 67,000. The median household income in Palo Alto is $122,400, and the median home value is $1 million.

San Diego may be known for its beaches and warmth, but it is also a good place to live and work. The population is over 1 million, and San Diego is the 8th largest city in the United States. The median household income is $63,400. The median home price is $455,000.

Clovis is located in Fresno County in central California. The population is $100,000. The median household income is $64,000. The median house price is $305,000. Nearby Fresno is the economic hub of the San Joaquin Valley. Saldino’s, Valley Yellow Pages, Zacky Farms and California Ag Today Media are based in Fresno. Clovis’ major employers are the Unified School District and the Community Hospital. Clovis is a safe, affordable place to live in and is close to major work opportunities.

Ridgecrest is located an central California in the arid Indian Wells Valley. The population is 28,000. The median household income is $61,000, and the median home price is $166,000. Ridgecrest has a low crime rate and is family oriented.

Pacifica is located in San Mateo County on the coast of the Pacific Ocean near San Francisco. The population is 38,000. The median household income in this beach community is $96,000. The median home price is $869,500. Close to San Francisco and other Bay Area cities, there are plenty of employment opportunities if you live in Pacifica. Pacifica attracts workers who are employed at the major corporations and headquarters located in the Bay Area. Pacifica is a beautiful place to live with its beaches and rolling valleys.

Located in Orange County, Lake Forest has a population of 78,000. The median household income is $85,000. The median home price is $607,000. Lake Forest’s southern California location makes its residents accessible to work in nearby cities with major Avionics Corp. are the largest employers. Lake Forest prides itself with assisting business start ups.