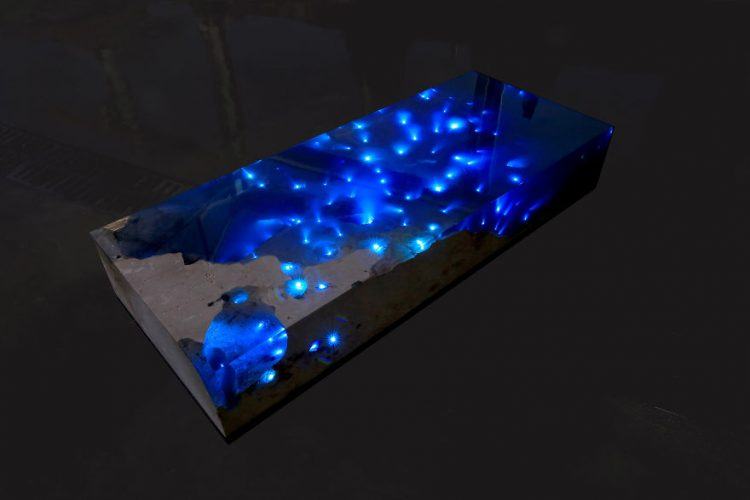 When you’re thinking of buying a coffee table you usually want something that will tie the room together.   However, if you’re Alexandre Chaplin you stop, pause, and think to yourself, “how can I make the most amazing table in the entire world that encompasses both original design and a blend between heaven and earth?”  At least that’s what I think Alexandre was thinking because this coffee table is unlike anything you’ve ever seen.

This table, called “Starry Sea” gives you a view of both the stars and the sea all in one artistic table.   As amazing as this table looks during the daytime, there’s more to it than meets the eye.  The table, which has the appearance of a portion of the Caribbean Sea, magically changes at night just like a starry sky might in your living room.

You might be wondering just what went into building “Starry Sea.”  It took over a year and a half of research for Alexandre and countless technical tests.  Alexandre says,

It is created with the following materials: an unusual piece of marble from Anguilla, neighboring island of St. Martin/San Maarten, a birth place of our brand “LA TABLE”. Resin we use is specifically bespoken to “LA TABLE”. Also, this table has a wifi system that lights up the table and all its senses. The battery charges in 6 hours giving you up to 300 hours of illumination. “Starry night” can be controlled using a remote control or simply an app in your smartphone.

If you’re looking for one of the best tables in the world, this is it.   The table is so popular in its own right that it has its own Facebook page that is nearing 20K fans.   Below you’ll find pictures and a video of how the table came to be: 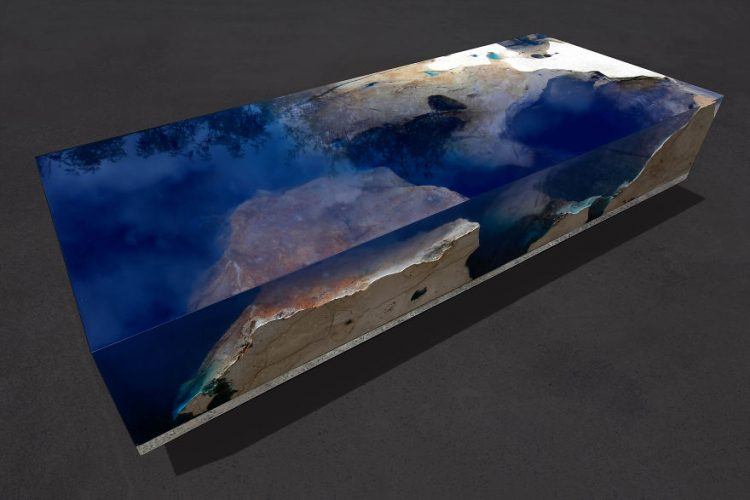 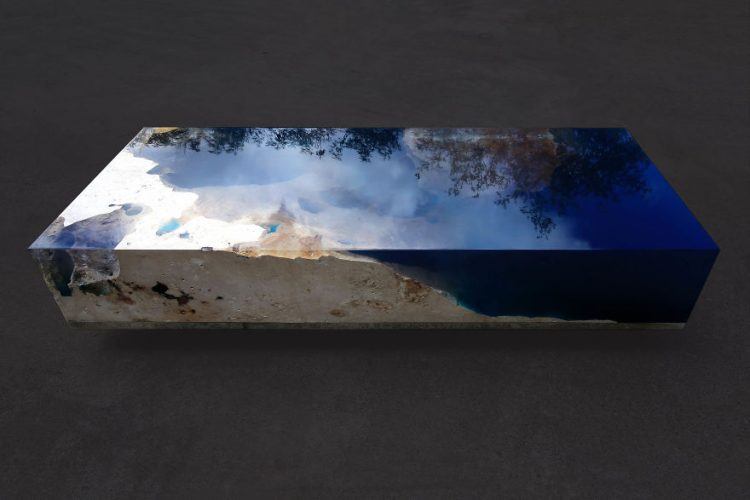 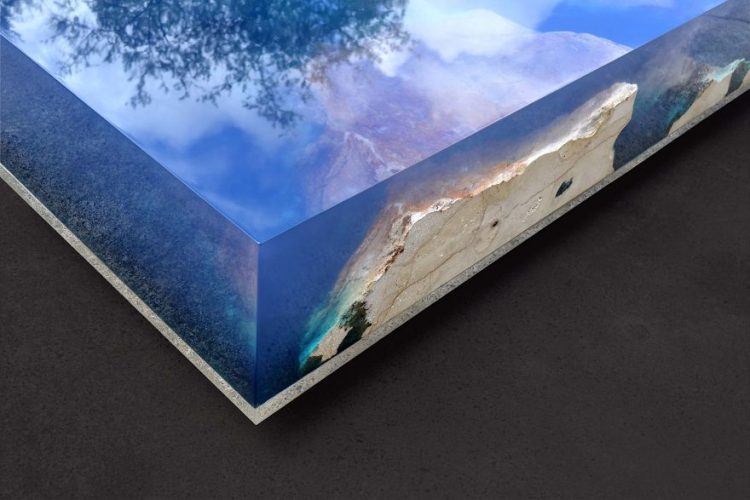 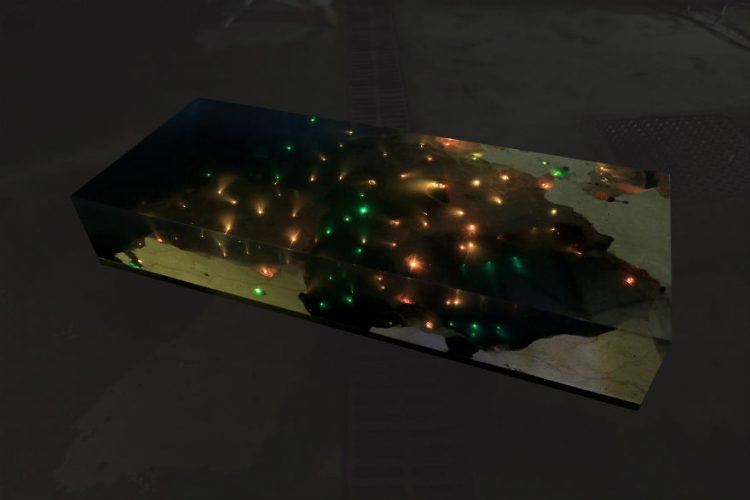 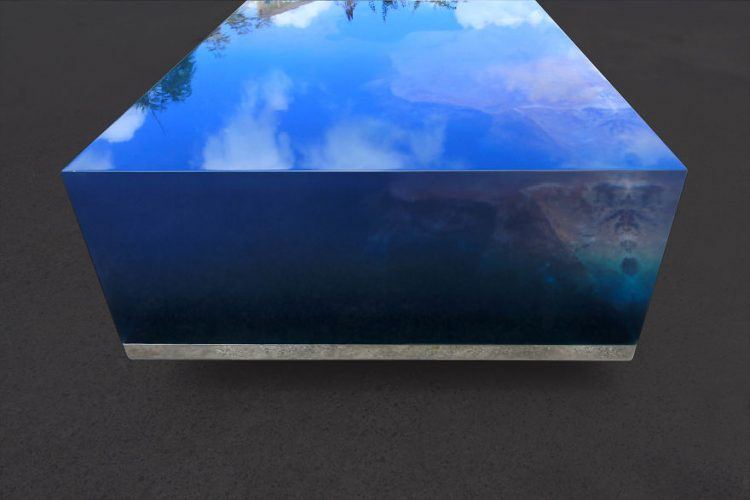 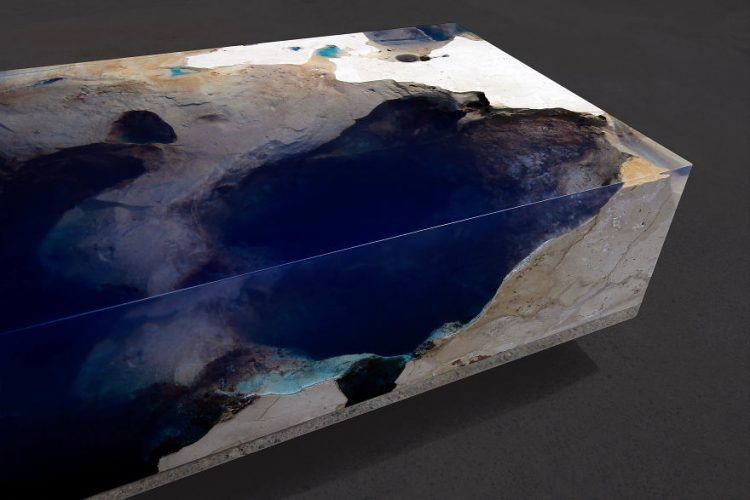 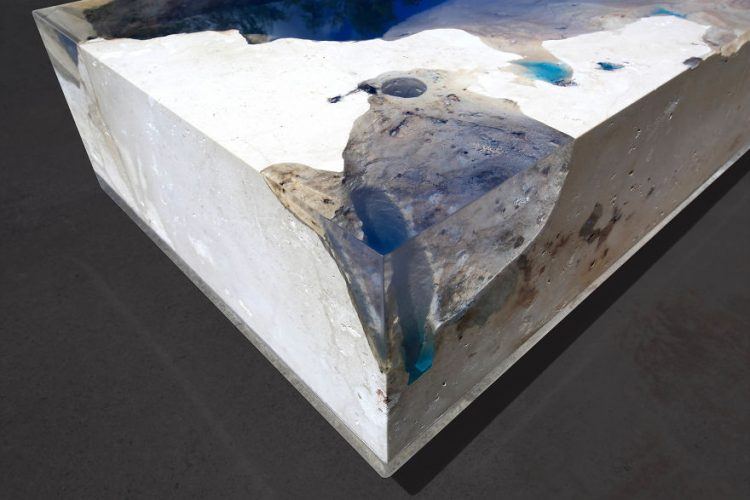