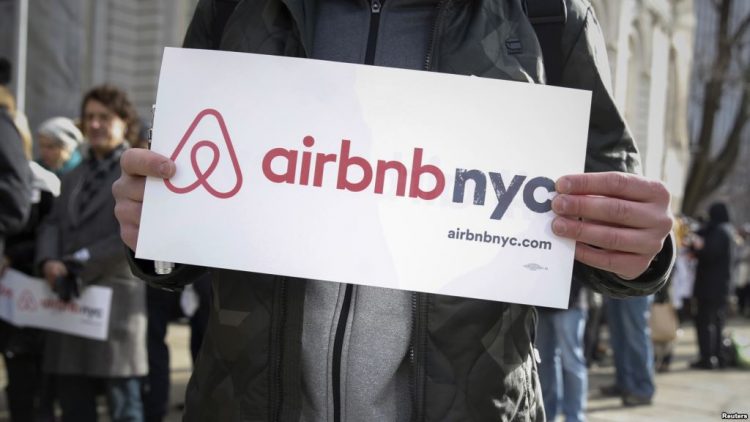 The New York State Anti-Airbnb Bill officially passed. The NY Senate bill is likely to cause lowered incomes and financial losses for businesses in New York City and statewide. This sweeping legislation has been coming for sometime and now sparks an even more heated debate about Airbnb as an online company and a NYC local business extension.

Airbnb has been at the hub of controversy for a while now in NYC. The online company has been fighting for legitimacy in the city for several years, but only recently seems to be losing ground in the legal sector. The battle is over whether Airbnb is actually legal or not. As always with such debates, the two sides see things from a wide difference of opinions, legislative tactics, and political goals.

New York has a long history of criticism when it comes to Airbnb. The city government has expressed opinionated concerns saying the home sharing business model Airbnb uses has caused violations to NYC rental laws. The newly passed Senate Anti-Airbnb bill is now set to make users lose a large percentage of their rental income.  But as you’ll see the real issue is with realtors, not necessarily the residents.  In addition, the implications of this bill will have wide ranging effects on NY State as a whole.

The origins of this issue go back as far as 2011, but have not been a statewide debate until the last three years. During this time period legislation has been proposed that would limit Airbnb with a number of law versions, all leading up to the current Anti-Airbnb Bill making its way through the Senate in 2016.

The public pro-Airbnb and anti-Airbnb debate has gone on from 2014 up until now as Airbnb launched its own public hearings with the NYC Council twice. The hearings were attended by public officials, New York realtors, and a large variety of people that use Airbnb for short term rental living spaces in the city. Many have come forward to say that they think Airbnb has a positive impact on NYC as a whole. New York realtors have come forward to express their opinions that Airbnb is violating subletting laws in the NYC area. For the most part, public and local residents have had no problems with Airbnb.

This week everything changed and the banning of short term rentals in NYC became a reality, and the New York State Senate popularity ratings dropped with it. The NYC Senate passed a new bill which finally prohibits renting whole properties for periods of less than 30 days. This is a huge blow to New York residents that have been renting apartments and homes on the Airbnb sharing site.

The Anti-Airbnb bill will immediately bring an end to all short term Airbnb rentals for entire homes, buildings, or properties. This change will drastically impact Airbub users in NYC, because entire home rentals make up approximately 55 percent of the Airbnb website listings for New York City. The bill still awaits being signed into law by Governor Andrew Cuomo. This will be the final step in the legislation process.

If signed into law, the bill states anyone who rents out entire homes in class A areas or multiple dwelling buildings, cannot do so for less than 30 day time periods. More specifically, they cannot do so if the owner is not going to be present for the rental staying period. If the owner does not comply, there will be fines of $1000 and up for first time violators, but up to $7,500 for third violations and further.

Those in support of the Anti-Airbnb bill claim it is designed to stop the running of illegal, unlicensed and illegitimate Airbnb hotels. The argument being that these Airbnb spots are bringing unwanted activities to the city and driving business away from legitimate NYC establishments. As expected, Airbnb is not happy about the probable shutdown of one of the larger states for online business.  Airbnb is against the NY state’s Anti-Airbnb Bill for obvious reasons:

Airbnb’s Josh Meltzer recently told online news website TechCrunch, “It’s disappointing, but not surprising, to see politicians in Albany cut a last-minute deal with the hotel industry that will put 30,000 New Yorkers at greater risk of bankruptcy, eviction or foreclosure.”

These are all well documented possibilities, and in truth Airbnb has not had these same problems in states outside of New York. In places like California, Arizona, Colorado and Florida there has been a positive response and user friendly attitude towards Airbnb as a whole.

Meltzer went on to say that he felt the bill was a bad proposal. It would make life harder and earning a living impossible for many New York residents. His point drives home further as he says, “Dozens of governments around the world have demonstrated that there is a sensible way to regulate home sharing and we hope New York will follow their lead and protect the middle class.”

It does not seem that the New York State Anti-Airbnb Bill is meeting with public approval, but the out pour of opinionated voices has not been in agreement either. From a financial viewpoint, New York City and NY state are sure to lose money on this legislation. This is not enough to halt things legislatively, because the bill is already passed and up for final approval. Airbnb users will be rapidly impacted by the Anti-Airbnb bill, just in time for the 2016 holiday season.

Users of Airbnb while traveling, would be advised to stay aware of this current legislation if your travel plans include traveling in NY state anytime soon. Airbnb has been the hot topic of promotion by many users and even famous business investors like actor Ashton Kutcher. Airbnb is a highly sought after online product, but under greater scrutiny following the Anti-Airbnb bill passing this week in New York state.