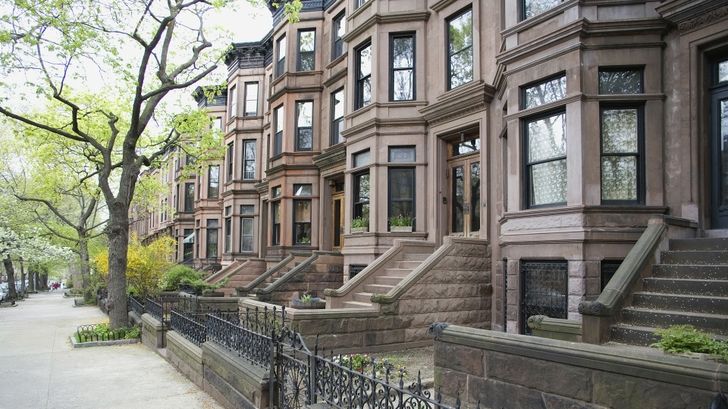 The housing market has seen its share of ups and downs over the past decade. Of particular interest is the consistency in the New York City and New York State areas. Black Knight recently released the 2016 HPI summary which offers useful insights into the past and current trends in housing for New York. Their data system reveals how the housing market is doing each month through the use of repeat sales analysis of home prices and the dates that the transactions were made. This gives analysts and consumers a fairly detailed report of the health of the housing market at any given time.

Types of data which are collected

It is estimated that approximately eight nine percent of the single family residential housing transactions that occur in the nation are successfully tracked and included in the statistics through their system. This ensures that the final tallies are perhaps not precise, but hold a high degree of accuracy. They certainly do reflect what’s going on in any given region. Five different price levels are included as quintiles. Any departures from normal market prices are also accounted for. These include foreclosures, short sales and so forth. They combine loan and property data to measure home prices with valuation data that takes it to the micro level.

New York City home prices have seen a fairly stable holding pattern over the past decade. The metropolitan home price index value as of July 2016 stood at $449,000, showing a 1.1 percent increase for the month over month figure and a 4.2 percent year over year increase. The change from the National trough is up 24. 1 percent while the departure from the market peak is at a negative 4.5 percent. This is a strong indicator that housing has become more affordable in New York City in the past decade. The city seems to be faring a little better when it comes to housing affordability than the state overall, however.

The 2016 Black Knight report showed that the New York State home price index has the value placed at $362,000 which overall is lower than New York City. The month over month percentage is about the same and the year over year change is at a higher climb of 4.8 percent. The change from National Trough is 23. 5 percent.

People in the New York City area who want to have the most current data available for spot calculations can use the SHIP program of NYU’s Furman Center. The acronym stands for Subsidized Housing Information’s Project. It contains a variety of tools that allow for the creation of customized maps and downloadable tables for tracking house pricing trends over time. It also provides data about several thousand privately owned and subsidized rental properties in New York City.

The SHIP program was developed in collaboration with the U.S Department and Housing and Urban Development to assist in finding affordable housing units and to identify affordable housing in the area. Anyone can establish an account and there is no charge for using the services.

This database provides information on New York City neighborhoods. Key statistics about the city are analyzed in addition to specific boroughs and community districts for monitoring of the housing market. Quarterly updates which focus on six key indicators are released. These include new building permits, sales data and foreclosures along with repeat sales index that is specified for each housing class and borough in an attempt to capture price appreciation.

What the results say about the status of home prices

On a national level, home prices have increased by six percent over the past year with a 1.1 percent increase on the month over month. New York State has experienced a growth rate that is just under the median home price gains with New York City coming in even further behind.

New York has remained a little below the national increase averages with a 5.5 percent increase while the rest of the nation is at 6%. The New York City metropolitan area that also includes White Plains and Jersey City expereinced an over the year increase of 4.2 percent. Zillow has the median home price at the higher average of $586, 900 over Black Knight’s estimate of $499,000. Slight variances in timing and sampling areas could account for a large portion of the disparity. We prefer to follow the lead of the Black Knight ranking because of its’ extensive coverage area and it is the most likely to be close to the actual figures based upon the scope of its reach.

How are New York and New York city faring on housing prices?

The answer to this question seems to vary depending on who you ask. The data shows that after a steady appreciation in the price of showing up through 2013, the growth spurt has come to an end, at least for the time being. New York City housing markets are cooling off, softening and stabilizing somewhat which is good news for prospective home owners. This may not thrill sellers, but it’s not a bad situation either. Consumers will be pleased with the fact that home prices are no longer rising, but are starting to come down in most sub sector of NYCs residential sales market. In the State of New York, residential sales are definitely down and this is driving the housing market to lower prices, particularly for motivated sellers so what we’re seeing now is a more affordable housing market state wide.

The prospectus on the situation is that the downward trends will continue with housing reaching even more affordable prices. The economic status of New York has some bearing on the situation with a lull in sales and no proof of median income levels rising in the near future. The price of housing in New York seems to be at a fair rate and may continue to get better for buyers if they’re able to qualify for mortgage funding. Overall, the state and NYC are both in good shape for the time being.