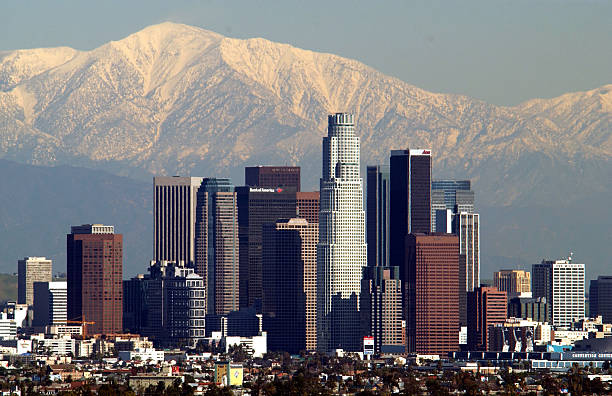 Los Angeles California is easily one of the most popular cities in the country — if not the entire world. As the home of Hollywood, L.A. is open seen as a place full of glitz and glamour and over the years there have been lots of ideas spread around about the infamous City of Angels. Many people are under the impression that you’ve got to be a certain type of person in order to make it in Los Angeles. However, like any other legendary place, all of the things you’ve heard about Los Angeles aren’t necessarily true. Here are 5 myths about living in Los Angeles California.

Let’s be honest, celebrities are usually the first people who come to mind when anyone thinks about Los Angeles California. While it’s true that there are many celebrities in the L.A. area, and Hollywood is the home of many movies, not everyone in Los Angeles is trying to make it in the entertainment industry. Believe it or not, there are actually plenty of ‘regular’ people in Los Angeles.

You have to be rich to live in Los Angeles

Living in Los Angeles certainly isn’t cheap, but that doesn’t necessarily mean that you need to be rich to live there. Like any other major city, there are parts of Los Angeles that are more on the inexpensive side. Plus, living with a roommate (or two, or three) is a major way that people in L.A. are able to save some money.

Everyone in Los Angeles is superficial

There’s are several stereotypes about people living in Los Angeles, and one of them suggests that everyone in the city is only worried about looks and/or money. However, that simple isn’t the case. Los Angeles is a very diverse city and there are lots of different kinds of people there. According to one L.A. resident, these superficial people are actually “in the minority” and there are lots of interesting and well-rounded people.

Los Angeles California is full of smog, right? Eh, somewhat. There are definitely certain times of year when the smog in L.A. is worse than others, but over the years the smog situation has actually gotten a little bit better. One resident even says, “During the winter and spring, Los Angeles has plenty of clear blue sky days. The beach areas are less smoggy all year long.”

Lots of people are under the impression that outside of Hollywood and beautiful people, Los Angeles doesn’t have much to offer. Well, believe it or not, L.A. is actually full of culture and there are plenty of local venues where you can enjoy things like music, literature, and visual arts. In addition, Los Angeles is full of lots of cool American landmarks that can give you some insight into the country’s history.