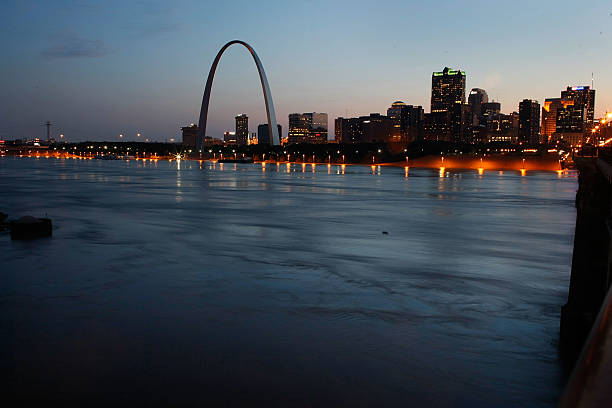 Famous for its Gateway Arch, St. Louis Missouri is one of the most well-known cities in the midwest. Not only does St. Louis have a very rich and fascinating history, but it’s also currently growing as well. However, despite what you may have been taught or told about St. Louis, lots of people still don’t know what to expect when moving to the city. Not only is St. Louis an interesting place, but it’s also got a lot to offer.  If you’ve been having questions about what it’s like to live in St. Louis, we might be able to answer a few of those for you. Here are 5 things to know about living in St. Louis Missouri.

Traffic is annoying. If you’ve ever lived in a city, you know that traffic usually comes with the territory. However, the good news is that traffic in St. Louis isn’t going to give you a headache. Of course, you’ll have to deal with some rush hour traffic, but in general, the city’s traffic is nowhere near as bad as other areas. On top of that, the city boasts several public transportation options that will make getting around a lot easier.

Cost of living is something that’s at the top of people’s lists when they’re considering moving to a new place. The good news is that St. Louis Missouri is a very affordable city. In fact, it’s been listed as one of the top 20 most affordable cities in the United States.

Finding a job is never easy, but the job market in St. Louis is growing and offering some cool opportunities. Forbes has ranked St. Louis “the best city for young professionals” and there is a growing number of jobs in the tech, healthcare, and education fields.

One of the best things about St. Louis is that you’ll never have to be bored. The city offers lots of attractions (many of them are free), and there’s a wide variety. So whether you like to go out for drinks, hang out at the park, or check out live music, you’ll definitely be able to find something you enjoy doing in St. Louis.

St. Louis is a very family friendly city which is something that is definitely appealing to people who have already started their family or are looking to start one. According to Life Storage, “Families make up a significant portion of the community and nearly 30 percent of households include children under the age of 18.”