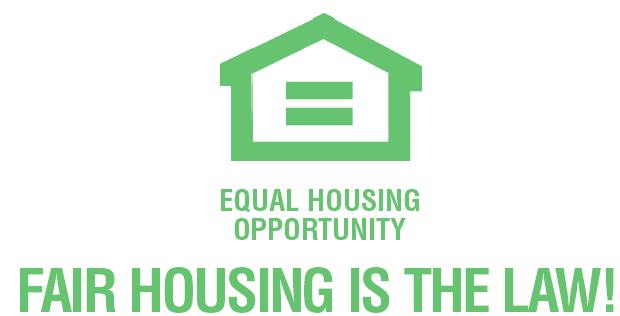 Mapping Inequality, a Digital Curation Innovation Center (DCIC) project, has completed the process for online availability of maps which detail the Home Owners’ Loan Corporation (HOLC) used redlining, a discrimatory practice, after its creation in 1933. Mapping Inequality is based at the University of Maryland and dedicated to the accessibility of documented information about our past as a means to improve our future. To this end, the group began crowdsourcing a collection of maps and surveys of neighborhoods in over 250 United States cities. Before the digital age, maps were the most reliable diagrammatic representation of areas of land. These representations of regional relationships illustrated important demographic information for that time period.

The Great Depression began on October 29, 1929 and lasted for ten years. High unemployment was perhaps the most devastating aspect. Statistics indicate that the unemployment rate in Cleveland, Ohio was 50% and an astonishing 80% of residents of Toledo were jobless. Additionally, this period had an overall negative effect on the entire global economy.

This decade’s reduction of production and other factors made many opportunities for personal growth unavailable to the lower and middle classes. President Franklin D. Roosevelt’s first term marked the creation of the New Deal, a series of social liberal programs. The HOLC was a New Deal initiative established to give a boost to the housing market and subsequently result in a positive impact on the struggling economy.

The charts and other representations that Mapping Inequality project made available showcase racial, ethnic, and economic characteristics of residents and potential homebuyers in the 20th century. Between 1935 and 1940, information was garnered from local government-recruited mortgage lenders, developers, and real estate appraisers. Based on this input, investment risks and credit-worthiness were assessed by the HOLC and made available to realty professionals. Use of these statistics invariably lead real estate agents and financial institutions to rank neighborhoods according to their racial and socio-economic composition.

Consequences of this discrimination made it difficult for minorities and lower income Caucasian people to be approved for mortgages. Ironically, these redlined neighborhoods did not always have high mortgage default rates. Homeowners living in those areas were struggling and unable to qualify for financial assistance that could have changed the direction of their lives.

The question of HOLC’s policies and their impact on housing discrimination is certainly debatable. Some historians believe that the practices are not a revelation. This faction insists that HOLC was a reflection of reality. This group proposes that residents of these areas were mainly lower income minorities or foreign-born, reflecting clear cause for lower rankings.

The maps were clearly detailed for users. Less desirable locales were tracked with red and yellow on the maps, hence the term redlining. More affluent, mainly Caucasian sections of cities were colored green and blue. The choices are almost poetic, red/yellow signifying caution, while green and blue are generally associated with serenity and growth. Whatever history determines regarding fault and blame, HOLC’s policies lead to consequences that lasted for decades. Noted historian Nathan Connolly has commented on these developments:

“So much of the wealth inequality that exists in America is driven by inequality in real estate market and the ability to generate equity and pass it down from one generation to the next,” explains the Mapping Inequality leader. Connolly shared this opinion in National Geographic Magazine.

One interesting document included is Form 8 entitled Area Description – Security Map of (New York City, N.Y.)  , October 1, 1937. It explicitly details area characteristics, inhabitants, and buildings for consideration. It also includes availability of mortgage funds and clarifying remarks. The favorable items mentioned are its level terrain, parks, schools, shopping, and convenience to transportation. Detrimental influences include an “ilfritration” of blacks and Latinos, and a presence of gay people.

Even more to the point is the availability of mortgage funds summary, it simply states “None”. It concludes firmly that at the time this particular neighborhood was only suitable for rehabilitation. The steady infiltration of other races is offered as further clarification of negatives.

This collection of maps is always available to the public at the National Archives in College Park, Maryland. Mapping Equality’s commitment to online access to almost 150 maps and 5,000 area descriptions will allow even more perusal by the public. The group recognizes that most information is obtained by mobile device use and important historical records must accommodate this trend to be fully appreciated.