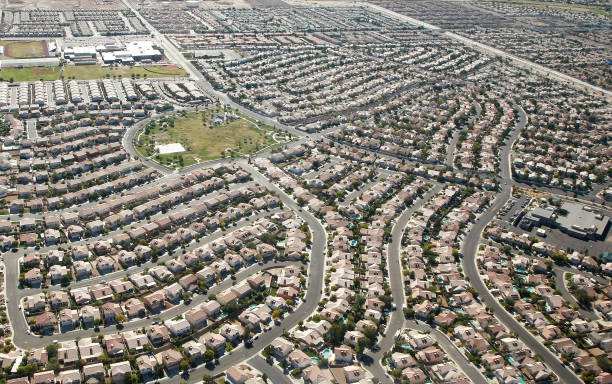 Located just 16 miles outside of Las Vegas, Henderson Nevada has become a popular destination for people who want to escape the craziness of Sin City. After all, Las Vegas may be a fun place to visit, but constantly being surrounded by bright lights and tourists is enough to make anyone feel annoyed after a while. This is what has caused Las Vegas’ surrounding cities to become increasingly popular. But just because Henderson isn’t Las Vegas doesn’t mean that it’s dry or boring. With a population of more than 292,000 people, Henderson is a pretty big city with a lot going on. If moving to Las Vegas is in the plans for you, Henderson is a place that should be at the top of your list. Keep reading for 5 reasons to move to Henderson Nevada.

Over the years, Henderson Nevada has consistently found itself on several lists of the safest cities in America. Whether you’re young or old, single or married, living in a safe city is something that everybody wants. The crime rate in Henderson is 38% lower than the state average and 28% lower than the national average.

Okay, the dry heat of Nevada isn’t for everybody, but if you want to move to the area, chances are you don’t mind a little heat. However, on the bright side, Henderson isn’t hot all year-round. Although it doesn’t have four distinct seasons like other parts of the country, the temperature in Henderson does change throughout the year.

Some people may be under the impression that all of the fun is in Las Vegas, but that just isn’t the case. Henderson Nevada is a city full of amenities and there are lots of activities to do for every kind of person. Henderson is even home to the Cowabunga Bay Water Park which boasts 23 acres of space and includes a wide variety of slides and other water rides.

Despite being a dessert, Henderson Nevada actually has a surprising amount of greenery. According to Movoto, “Henderson has the most public parks per capita in all of Nevada (50 within the city limits and five that are connected to schools).” So if you were worried that Henderson was going to be dry and dusty, you can rest assured that isn’t the case.

Let’s be real, being close to Las Vegas is definitely a major perk of living in Henderson. The drive to Las Vegas is only about 15 minutes, which means you can easily access the strip and the casinos. But the good news is that once you get tired of the fast pace and constant movement, you can drive right on back to Henderson to enjoy a little more peace and quiet.