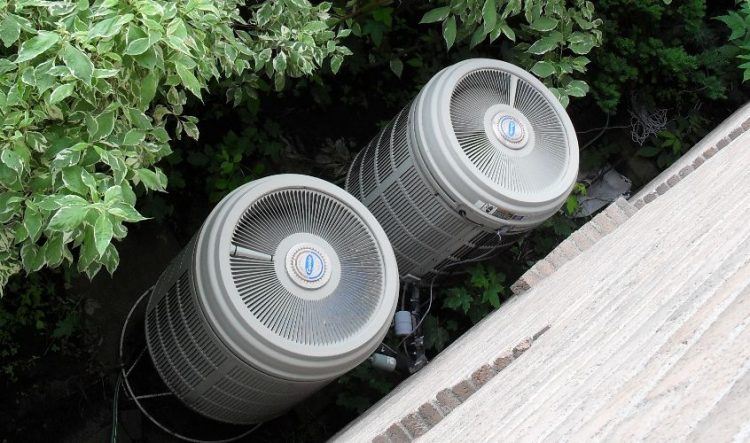 Given its name, it should come as no surprise to learn that a heat pump is nothing more than a device that moves heat from its source to the place that is supposed to receive it. As a result, heat pumps can be seen in a wide range of places with a wide range of uses, with excellent examples including but not limited to freezers and air conditioners. However, when heat pump is used in the context of HVAC, it tends to refer to a vapor-compression refrigeration device with a reversing valve, meaning that it can be used to either heat or cool a home. In summer, it can be used to move heat from the home into the outside, whereas in winter, it can be used to move heat from the outside into the home, thus making it a excellent choice for home heating and cooling.

With that said, it is important to note that HVAC heat pumps come in more than one form. For example, the kind of heat pump that has been mentioned is called an air-to-air heat pump. However, there are also geothermal heat pumps, which are connected to either a ground-source or a water-source, as well as absorption heat pumps, which are a newer kind of heat pump that is versatile in the sense that it can be powered using a wide range of heat sources. Each of these kinds of heat pumps has its own particular pros and cons, meaning that interested homeowners should exercise considerable care and caution when looking into them for their own homes.

What Are the Pros of a Heat Pump?

The single biggest benefit of the heat pump is that it is supposed to cost less to run than most of its heating and cooling competitors. As a result, while switching out the current heating and cooling system for a heat pump can be expensive and time-consuming, the savings in each period will build and built until the entire process proves to have been the most economical choice in the end. However, it is important to note that different people can have different experiences, meaning that while such savings are common, they are far from being guaranteed.

On a related note, the fact that a heat pump tends to use less power is beneficial from an environmental perspective as well, since less resources are being used up and less pollution is being emitted into the surroundings in the process. For people who are concerned about their impact on the environment as well as what this could mean for those around them, this can make heat pumps not just the economical choice but also the ethical choice for their homes. Something that is particularly true if their current system is so old and outdated that it is using up a lot more power than it should be to perform its intended function.

Finally, it should be noted that heat pump can either be supplemented with other heating and cooling systems or serve as a supplement to other heating and cooling systems, thus providing homeowners with more choice as well as increased reliability. This is particularly important because heat pumps can have serious issues, which can often be mitigated to some extent with the use of such supplementary systems.

What Are the Cons of a Heat Pump?

First and foremost, heat pumps are better-suited to temperate climates rather than climates with harsher temperatures. This is because the bigger the difference in temperature between the source of the heat and the place where that heat will be sent, the more power it takes to keep the heat pump running at a sufficient pace to keep the home in a comfortable state. After all, when the outside is experiencing freezing temperatures, there is not much heat that can be pumped into the home, though there is still some. As a result, the use of a heat pump in climates with harsher temperatures can be not just expensive but also strenuous on the device, which can be too much to make it worthwhile in spite of its other benefits.

Second, heat pumps produce a more even heat than the sort that comes out of either gas-powered or oil-powered furnaces. Something that can be a potential problem for some homeowners who have become accustomed to those heating systems because it makes them feel uncomfortable, which is a serious issue when it comes to HVAC. However, it is important to note that other homeowners are more comfortable with the more even heating that heat pumps provide. For that matter, it is far from impossible for someone to be unused to the kind of heating provided by heat pumps but make a perfect adjustment to it after spending some time in such a home.

Is a Heat Pump Right for Your Home?

Summed up, it is impossible to state whether a heat pump is suitable for a particular home or not without looking further into the circumstances of the home as well as the preferences of the homeowner. Those who are unsure about their choices after researching the possibilities available to them should not hesitate to seek out local HVAC contractors to learn more. However, they should remember that not all HVAC contractors can be counted upon to provide them with the results that they deserve in an effective and efficient manner, meaning that they should put some serious effort into finding one that they can trust. This is particularly important in the fall because if they put their trust in someone who lacks either the right expertise, the right experience, or the right resources, they will be the ones suffering from the cold temperatures once they arrive in full.

Finally, it should be said that heat pumps are still seeing significant improvements in their capabilities as more and more people become interested in their use, which in turn, mean that more and more companies are looking into the matter of maximizing their heating and cooling potential. As a result, even if someone has found them to be unsuitable for their home in the past, they should not hesitate to look into them again for their future heating and cooling needs, which to be fair, is something that can be said for most HVAC systems out there.