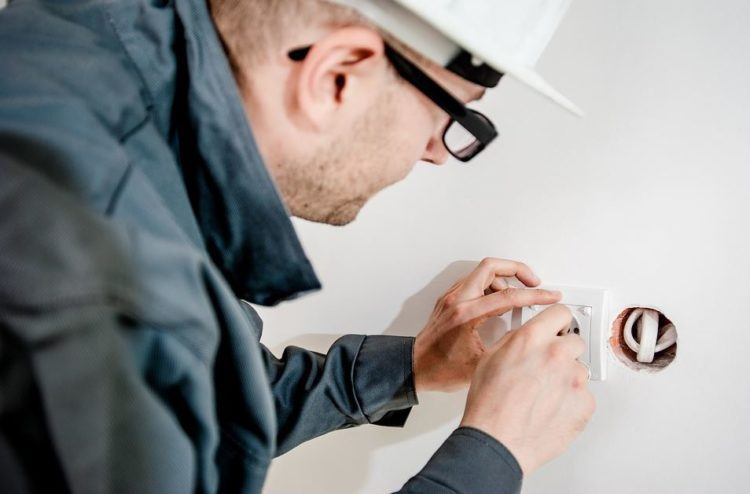 Even an experienced handyman will need help from the pros at some point. Trying to tackle major electrical problems in your home is not only dangerous, but it could also result in serious damage that your insurance will not cover. Here is a quick glimpse of five electrical fixes that you should always leave to an experienced electrician.

If you notice any burning smells near lights or outlets, then you should immediately exit your home, switch the circuit breakers off, and contact an electrician like All American Air & Electric, Inc. Those who notice additional warning signs such as smoke or an open flame must call 9-1-1 and evacuate the house. While a burning smell does not necessarily mean that you are in immediate danger, electrical fires should never be taken lightly.

Most modern lights will maintain the same level of brightness even if the electrical current changes throughout the day. A single flickering light could be the result of a bad filament, but multiple flickering lights most likely indicates that one of the primary fuses in your home is no longer working correctly. In order to find the source of the flickering lights, your electrician will need to use specialty tools to test the fuses and wires.

The Outlets are Warm

A functional electrical outlet should give off almost no heat, and you should never attempt to change an outlet on your own if you believe that it might be damaged. When an outlet is improperly wired, it might give off quite a bit of heat or spark whenever you plug something in. Even with the electricity turned off, dead outlets can still house a static charge and give you a very bad shock.

There are a few different reasons why your home’s insulation might be damaged around electrical wires. In the worst case scenario, the wires have been giving off so much heat that they are melting the insulation. For those who purchase a used home, the previous owners might have attempted to install the wires themselves. An electrician can help you correct any damage done by the previous owners so that your electrical system will run smoothly for years to come.

A tripped breaker is rarely a big deal if it only happens occasionally, but homeowners should be wary if their breakers trip more than once or twice a year. Breakers are designed to automatically turn themselves off when there is a surge of electricity, but that should be a relatively rare occurrence. When these devices constantly turn themselves off, it is most likely the result of bad wiring or an improper installation.

New homes are built with dozens of different safety features to prevent shocks and electrical fires, but your electrical system can still be quite dangerous. A momentary lapse in judgment or faulty part could result in a serious shock or even death. That is why homeowners should always contact an electrician when they are dealing with anything more than basic installations and repairs.

Dixie Somers is a freelance writer who loves writing for business, finance, women's interests, or home and family. Dixie lives in Arizona with her husband and three beautiful daughters who are the inspiration for her writing.