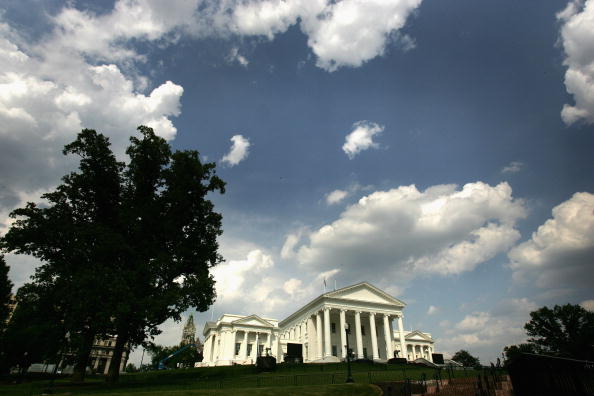 Craigslist is one of the most popular websites for people looking to buy and sell things quickly. Unlike other online shopping sites, Craigslist is geared towards people who want to make local transactions by meeting up face to face and paying for items in cash.  If you’re looking to buy something – no matter what it is – there’s a pretty good chance that you can find it on Craigslist.  If you’re looking to sell something – even if you think it’s junk – there’s someone on Craigslist who will be willing to buy it.  In fact, the entire website gives an entirely new meaning to the phrase, “one man’s trash is another man’s treasure.” However, while this website is extremely convenient, it also opens the door for some pretty strange things. If you’ve ever scrolled through the ads on Craigslist, you’ve probably come across some very bizarre things.

The crazy thing about Craigslist is that you don’t even have to look very hard or go out of your way to find something that you don’t want to see. Although some of the ads can be downright creepy, they can also be pretty entertaining – and the bigger the city, the more bizarre the ads. Well, the good people of the city of Richmond, VA are in for a very special treat. With a population of over 200,000 people, it should come as no surprise that there’s more than a few weirdos floating around.  It should also come as no surprise that some of these people are on Craigslist.

In an ad posted to the site less than two weeks ago, one unnamed seller might single-handedly change the way you look at socks. For 18 bucks a pair (no, you didn’t read that wrong) you can purchase a nice pair of used socks.  That’s right, according to the ad, 18 bucks will get you a “Used stinky or pretty smelling socks off of my sexy feet, all for you!” Not to knock anyone’s hustle, but how much money could someone possibly make off of selling their used socks?  The only thing more bizarre than this is the person who posted a crusty couch that is “Stained, ripped, and ugly. Probably smells too.”  EW!

Sure, you can expect that most of the things people purchase on Craigslist are used, and in theory, there’s nothing wrong with buying used clothing.  But some things – especially when they have…an odor – are better left alone. Come on Richmond, what’s going on?! 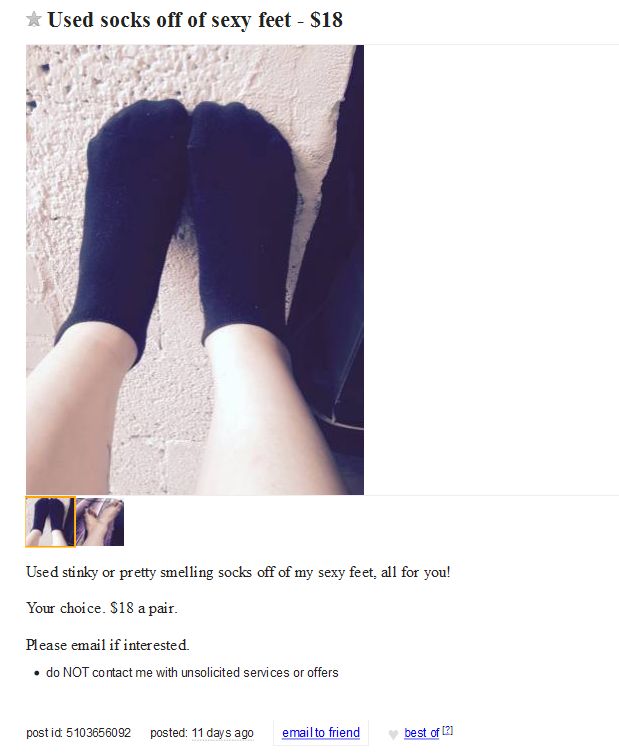