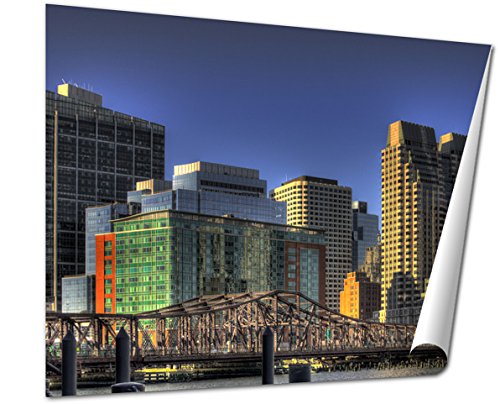 These days, the Boston Seaport may be a thriving neighborhood with lots of expensive real estate and plenty of restaurants and nightlife options, but as many Boston residents know, that wasn’t always the case. The Boston Seaport that many people know and love today was very different just a few decades ago. In fact, many people will be surprised to learn how much things have changed in a relatively small window of time. Keep reading to learn 5 things you didn’t know about the Boston Seaport.

The Boston Seaport Was Once A Thriving Port

The Boston Seaport’s name isn’t just for the sake of sounding trendy. Once upon a time, the area was an active port. In fact, shipper often preferred to send goods to Boston as opposed to New York. However, after World War II, the port’s prominence declined. By the 1960s, the import/export industry was no longer a major player in Boston and the Seaport district became full of empty warehouses and parking lots.

Self-Driving Cars Were Tested In The Seaport District

As the Boston Seaport district continues to grow, it’s certainly no stranger to technology. NuTonomy, a Boston-based startup, has been testing self driving cars in the area.

A Sunken Ship Was Discovered In The Seaport

In 2016, a shipwreck was discovered by a crew who was working on a construction site in the Seaport district. Archaeologists believe that the ship sank somewhere between 1850 and 1880. Some of the things found in the wreckage were plates, silver wear, and lime barrels with “Rockland” stamped on the lids. This stamp suggests the boat was traveling from Rockland, ME.

Most people, even Boston natives, refer to the area as the Boston Seaport or the Seaport District. However, the neighborhood’s ‘official’ name is the South Boston Waterfront. This name was chosen after redevelopment for the area was discussed, but the name never really caught on.

Reebok Is Headquartered in the Seaport

Are you a fan of athletic gear? If so, you’ll be pleased to know that Reebok’s headquarters is located in the Seaport district. The company made its move to the area in the fall of 2017 and occupies a beautiful 220,000 square foot space that includes a gym and healthy food options for employees.