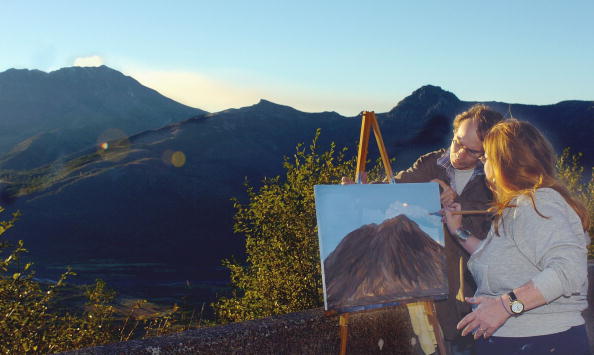 Although Olympia WA is the capital of the state, it is often overshadowed by other popular cities like Seattle. However, despite not being the most well-known city in Washington, Olympia is a place that you should really get to know. In fact, in recent years, it has become a popular option for people looking to relocate to the pacific northwest, and it looks like its popularity will only continue to grow. With something to offer everyone, Olympia definitely isn’t a city that you need to be sleeping on. Whether you’re new to Olympia WA, or thinking about moving to the area, there are lots of things that make the city a great place to live. Keep reading for 5 reasons you’ll love living in Olympia WA.

Lots Of Ways To Enjoy The Outdoors

Like many other places in the area, Olympia WA is full of natural beauty. Fortunately, there are plenty of ways to get out and experience it. Throughout the city, there are several parks and trails that make it easy to explore and enjoy all of the beauty that the city has to offer.

Local school systems are usually one of the first things people think about if they have children, or plan on having them at some point. The good news is that the schools in Olympia are great. In fact, Olympia High School is known for having above average test scores and a nearly 100% graduation rate.

If you’re living in a new area, there’s a good chance you’ll want to get out and see what the community is like. Fortunately, Olympia has lots of local events throughout the year. Many of these events are also family friendly which means people of all ages can get out and enjoy them. One of the city’s most popular events is the Procession of Species which is all about celebrating the ‘natural world’.

To put it simply, people in Olympia WA are proud of their city. This reflects in the strong culture of the area. However, the culture in Olympia isn’t just about the city itself. There are also lots of opportunities to be exposed to other cultures and ways of living.

Most people would prefer to live in a place that generally aligns with their way of thinking. If you’re a liberal person, then you’ll definitely love living in Olympia WA. The city is known for its progressive environment. So if you’re looking for a place that is generally open-minded and accepting, you’ll find it in Olympia.