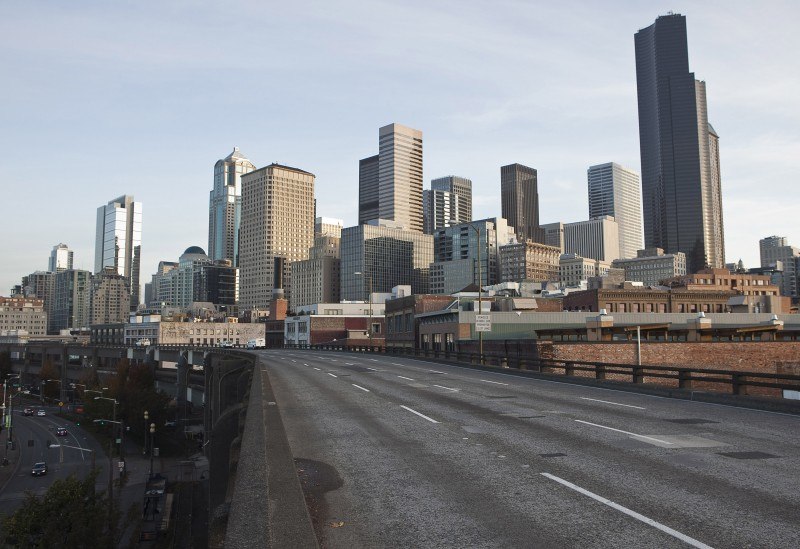 As someone who has lived in the great city of Seattle for the past two years, I can tell you that this place is about as unique as anywhere I’ve ever visited or lived in my entire life. With a certain style and culture that makes visitors fall in love with it and views of things like the Puget Sound, the Space Needle and other, numerous landmarks, SEA-town continues to be like heaven on earth. And with new industry coming to town like Amazon, Facebook and others, the tech scene here is about as big as something you would see in the Silicon Valley—without all the boujiness, though. Like other cities, Seattle has proved to have its own dialect, too, with a few sayings foreign to those who aren’t native here. I’ve gotten accustomed, but, should you ever visit, here are the 15 sayings that only those in Seattle really understand—so educate yourself before visiting or moving here.

Although it doesn’t snow or even ice much, if ever, in Seattle, the Seattle Freeze is still extremely prominent—apparently. So what does it refer to? It’s the notion that Seattlelites are cold and reluctant to meet new people. While, I’ve never experienced this myself, there are a few newbies who have told me otherwise, as they need to be the ones to initiate conversation with a local. Truth be told, once this “barrier” is crossed, the native is about as nice and considerate as anyone—they just keep to themselves, initially.

Many believe that Seattle is full of nothing but gray days and rain. I say that as I look outside and it’s 55 and sunny out, so don’t believe what you hear or read all the time, folks. Still, it does drizzle here throughout the winter, and, during those months, it’s not uncommon for natives to use the saying “Liquid Rain,” which is a playful way of telling someone that, while the forecast calls for sunshine, it will, at some point, probably rain during the day, so be prepared.

It’s no secret that Seattle people love their coffee. With Starbucks being headquartered here, working from a coffee shop all day is about as engrained into the culture as getting stuck in traffic is in Los Angeles. And for those looking for just a regular coffee without all the bells and whistles, simply saying the words, “Fill me up with leaded,” will be an easy way for the barista at your favorite shop to get you that jolt of java each morning.

Separated by the Puget Sound from downtown and other parts of the city, West Seattle is an up-and-coming area that natives either live in to get away from all the hustle and bustle, or visit to change the pace of things or take in Alki Beach during the summer. While the rest of the city is filled with cranes and buildings being built, West Seattle continues to evolve at a slower pace, while still having a charm that is prevalent elsewhere in the city in different neighborhoods, too.

Over the years, the word “filthy” has become popular to describe something as really cool. And, while I have no clue if it actually became popular because of Seattle, it is still something that natives use to describe such. It might be a little out of trends elsewhere, but in Seattle, it’s still very prominent when seeing or doing something exciting.

No, I’m not referring to the sporting goods store. In Seattle, when you mention the words Dick’s, it’s always a reference to the fast-food chain that bears the same name. Cheap and delicious, you can guarantee that there’s a line at pretty much every one of the locations around town during the weekend, as drunken folks flock to fill their stomachs after a night on the town. Just writing about it makes me hungry for a $1.65 cheeseburger and fries.

With downtown being backed up against the Puget Sound, the city has, slowly, begun to develop a viaduct that will make the waterfront a bit more appealing following a renovation. Ridding the overpassing highway, the tunnel for such a move is being done be a machine referred to as Big Bertha—though it’s taking much longer than expected due to some unforeseen hiccups.

In other cities, using such a term my be associated with something a little more risque. But in Seattle, anytime you hear this it’s referring to the South Lake Union Trolley, which runs from that specific neighborhood through various parts of the city—namely Belltown, which is the business section of Seattle.

Known for its grunge music and grittiness during the early- to mid-’90s thanks to bands like Nirvana and Pearl Jam, for those who are looking for a uniform to fit into the scene here, look no further than a flannel shirt. That’s right, still alive and well here, the flannel is a versatile piece that many in the city wear every day to prepare for the cool weather and still look stylish.

While technology is the main industry in Seattle, another one that has contributed jobs and research is the medical industry. With hospitals located around town, the most prominent place is First Hill—which is generally referenced as Pill Hill for the influx of hospitals residing there.

While the city has seen a ton of growth and influx of residents from different parts of the world—especially in the past few years with the tech companies moving here—when a person is a true native Seattlelite, they are often referred to as a Web-Footer, a play on words based of that very technology that has become the backbone of the city for the past 30-plus years thanks to numerous tech companies and influencers residing here.

In case you haven’t noticed, the Seattle Seahawks have shown to be one of the best teams in the NFL over the past few years, making the playoffs each time and two-straight Super Bowls. The man at the helm? That would be third-year passer Russell Wilson, who, at 26 years old, has accomplished what some don’t achieve in their entire careers. With the nickname DangeRuss, No. 3 might be a polite and soft-spoken leader off the field, but he’s a bad man while on it.

Short for “South Downtown,” the SoDo District in Seattle is an up-and-coming area that resides about a mile walk from the famous Pike Place Market. Housing the city’s sports stadiums, SoDo might be a bit industrial now, but it has a few solid restaurants and other establishments that natives can make the trek to that are off the beaten path.

With Lake Washington separating Bellevue from Seattle, you may hear a lot of people referring to the East Side as if it’s something that’s a destination worth checking out. Typically referenced with a negative connotation, when Seattlelites talk about Bellevue, it’s usually talking about the high-end personalities and luxury homes/vehicles. Lacking the edge and grit of Seattle, the East Side is for those looking for a McMansion in the suburbs.

With two-straight Super Bowl appearances—one win, one loss—the Seattle Seahawks have shown to be one of the best teams in the NFL. And while the aforementioned Russell Wilson playing quarterback has a lot to do with that, the real backbone has been the defense, particularly those who play in the secondary. With All-Pro and Pro Bowl players like Richard Sherman, Earl Thomas and Kam Chancellor manning the defensive backfield, the Legion of Boom has become the most-feared foursome for opposing players—and quite the treat for Seahawks fans.