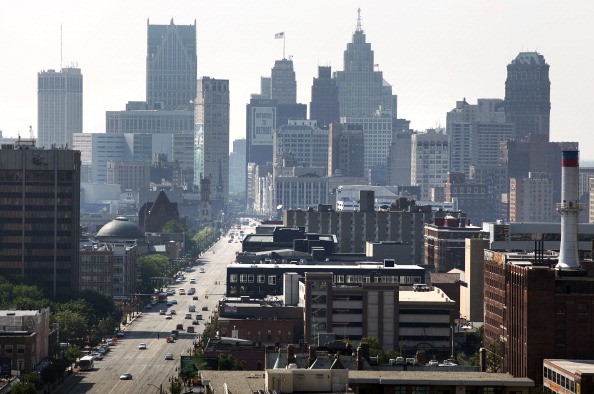 Everybody deserves to feel safe, but for millions of people living in cities across the United States, safety just isn’t a reality.  Of course, everyone who lives in a city knows that there’s a higher risk of crime than living out in the suburbs, but most people don’t find themselves feeling uneasy.  Unless of course, the place they call home is also one of the most dangerous places in the country.  Sadly, many American Cities have become a hot bed for murders of all sort.  Each year, numerous people are killed in the country, and unfortunately, many of these crimes happen in the same places.  Here are 20 U.S. Cities that have the most murders. 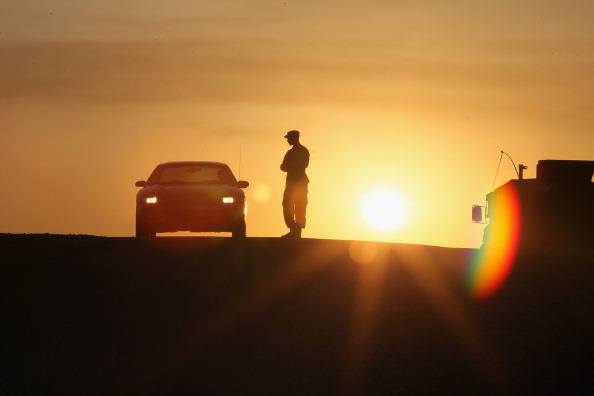 Baton Rouge may not be Louisiana’s biggest tourist attraction, but it’s certainly made a name for itself in other – less positive – ways.  The murder rate in Baton Rouge is among the highest in Louisiana and the highest in the country. Just a few years ago, Baton Rouge ranked number 25 on the list of U.S. cities with the mot violent crime. 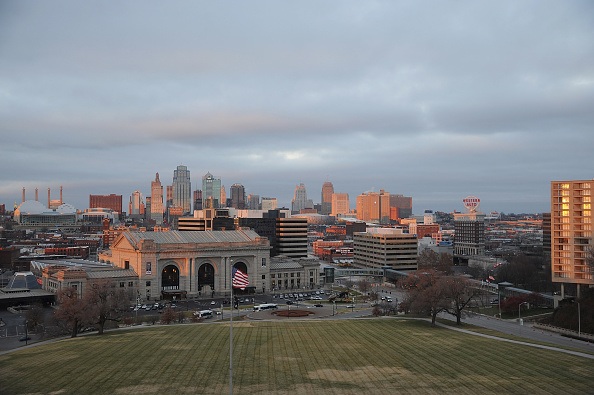 When most people think of Kansas City, murder is probably not the first, second, or third thing that comes to mind.  However, Kansas City’s murder stats pretty close to some of the more well-known violent cities in the country. According to one source: “Kansas City routinely averages just over 100 homicides a year, or two a week.” 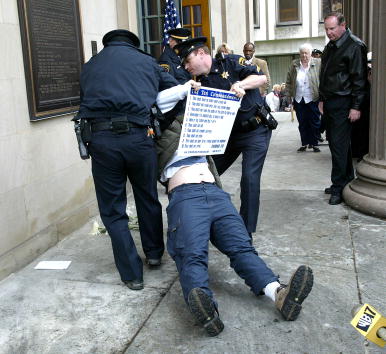 If you’re not from the area, there’s a pretty good chance you’ve never even heard of Chester, PA.  Located between Philadelphia and Wilmington, DE, Chester often gets overshadowed; however, with its high murder rate, that’s kind of hard to imagine. In 2013, there were 23 murders in Chester, which is a significant number for a city whose population is not even 35,000.  Unfortunately, things in Chester only seem to be getting worse. 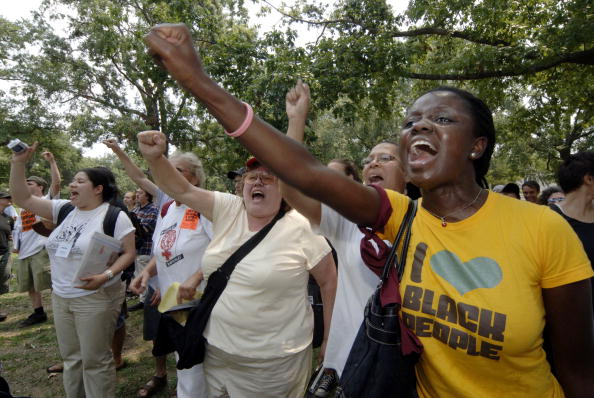 Unfortunately, the city of Jackson has a pretty long history when it comes to murders.  Although the city may not seem particularly violent, murder is commonplace. Instead of turning around, the murder rate in Jackson is only increasing.  In 2014, the rate was 75% higher than the year before, and Jackson remains one of the most dangerous cities in the state of Mississippi. 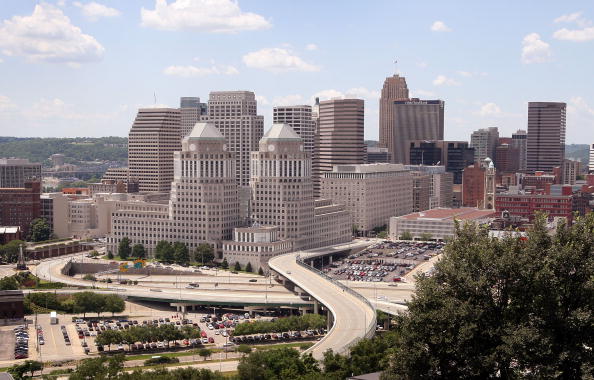 The murder rate in Cincinnati has been fluctuating over the years.  However, it has remained consistently high.  In 2013, there were 75 homicide, while that number decreased to 65 in 2014.  While it is nice to see the numbers dropping, Cincinnati still remains a very dangerous place. 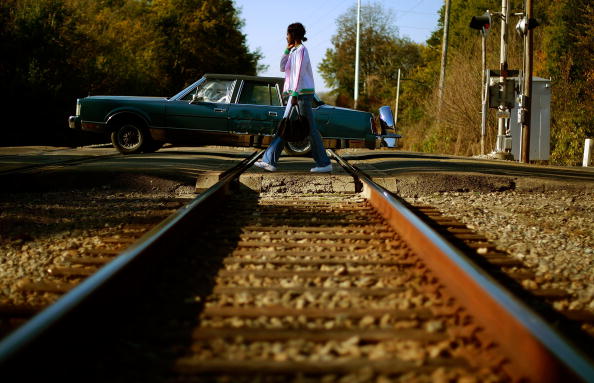 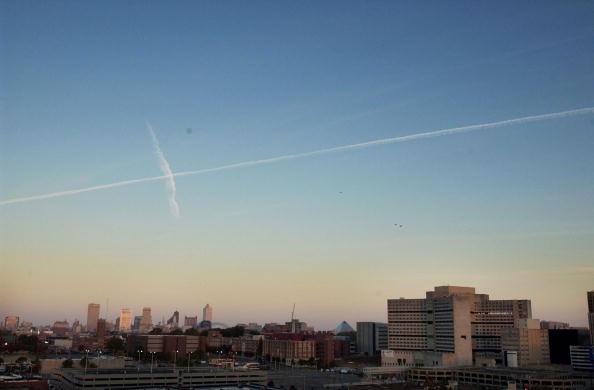 Murders in the city of Memphis have been increasing over the last few years.  In 2014, there were a total of 168 murders in the city and although police deemed 24 of the murders justifiable, that number is still pretty scary. 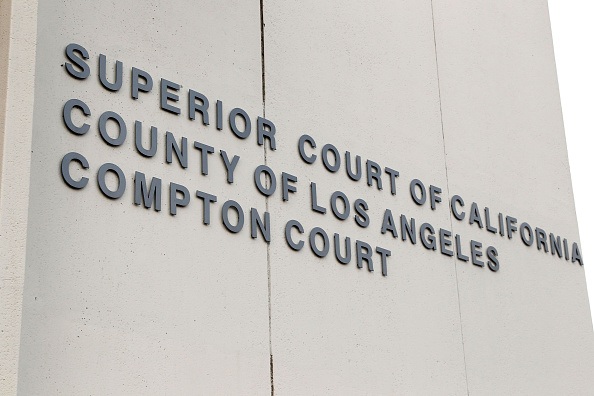 Compton has a reputation throughout the country for being a very violent city.  Although the murder rates in the city seem to be decreasing, Compton’s history of gang violence is a good indicator that the city has  a very long way to go. 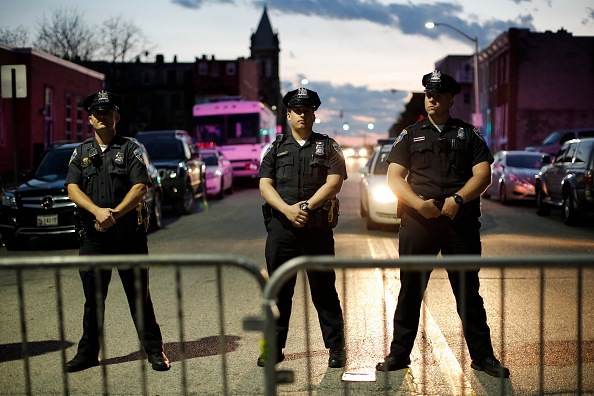 Murder rates in the city of Baltimore have only increased over the last few years. In 2014, Baltimore was one of the most dangerous cities in the United States with a murder rate of 37.4 per 100,000 people. 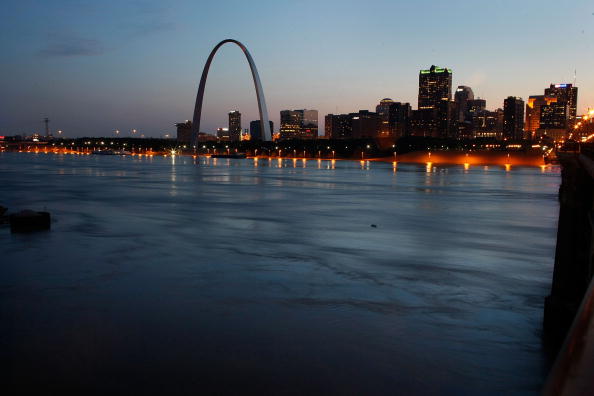 Unfortunately, it is not uncommon for the city of St. Louis’ homicide numbers to reach triple digits in a single year. According to reports: “Murder rates have fallen sharply in most of the country. But St. Louis is one of a few major cities…where the number of homicides jumped…” 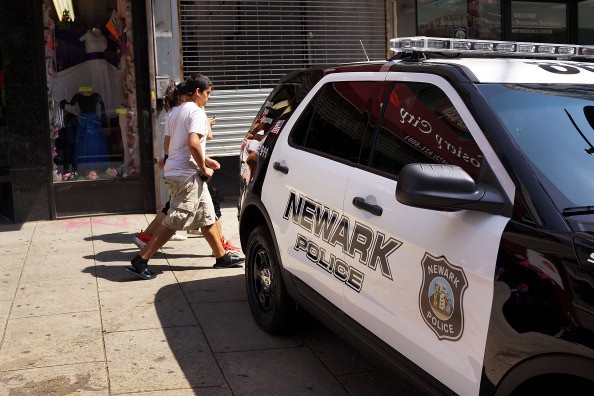 In 2013, Newark had the third highest murder rate in the country with a number of 40 murders per every 100,000 people. Sadly, FBI reports indicate that things in the city don’t seem to be getting any better. 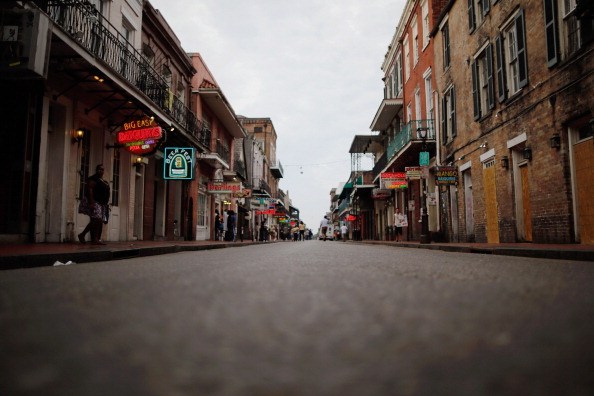 New Orleans may be best known for its Mardi Gras festivities; however, the city also has a very dark side.  Just a few years ago, there was a total of 200 murders in the city!  Although the murder rate has fallen over the last four years, it is still considerably higher than other cities in the United States. 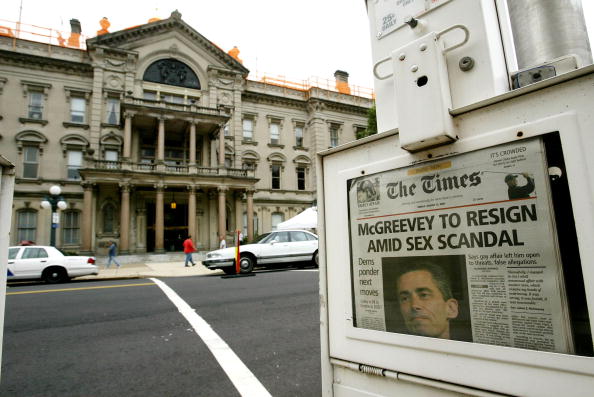 While the number of murders in Trenton may not be as high as some other cities, Trenton appears to be on its way to catching up to some of the other cities in New Jersey when it comes to its growing murder rate.  In 2014, the city reached a record high with 37 homicides, and things don’t look like they’ll be getting better any time soon. 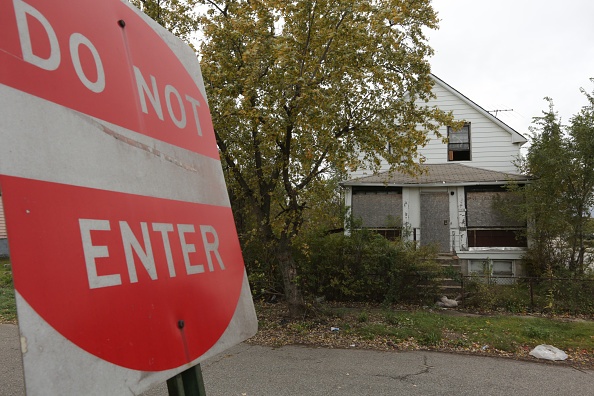 If you’ve ever heard of Gary, it’s probably only because you’re a Michael Jackson fan.  However, those in and around the city know Gary for something much more than music…murders. In 2013, mayer Karen Freeman stated: “I certainly look at the numbers and have a concern that even if we’re not the highest, these numbers are high enough for people to say, ‘It’s dangerous there,'”  Needless to say, that’s never a good thing. 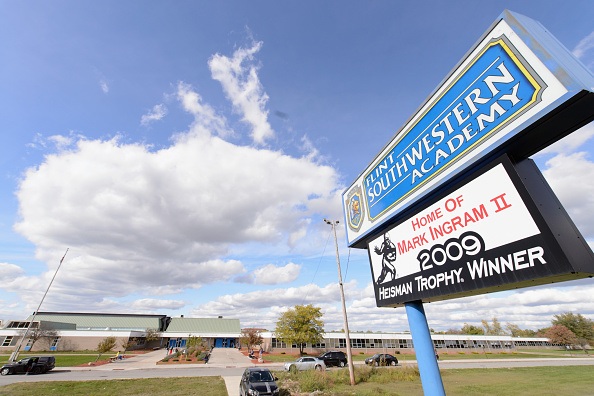 Like most cities with high murder rates, Flint also struggles with other issues as well.  Unfortunately, the low poverty and unemployment rates only make matters worse.  Although Flint is no longer the most violent city in America, murder is not a think of the past in the city. 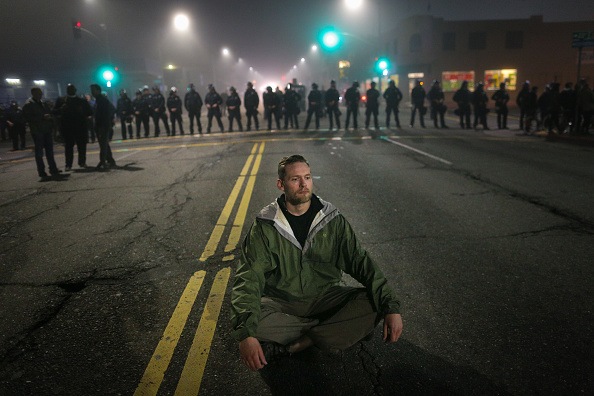 Oakland has consistently been ranked one of the most dangerous cities in the United States, and that probably won’t be changing any time soon.  Although the murder rates have been declining, Oakland has still come close to reaching triple digits for the last few years. 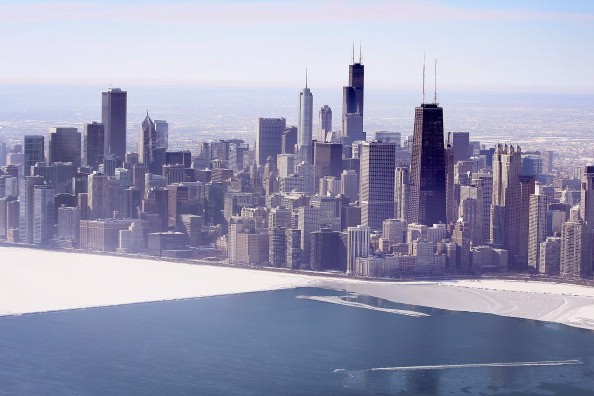 Chicago is so well-known for its murders that the city has been nicknamed Chi-raq. Although Chicago may not have the highest number of murders, it’s still a pretty dangerous place. In 2014, Chicago racked up a total of 16 murders in just one weekend. 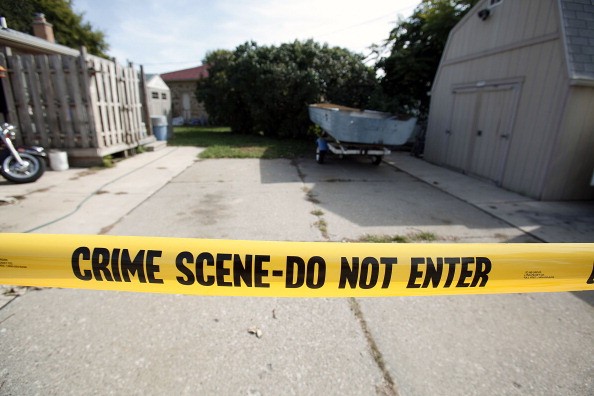 In 2013, Saginaw was the third most violent city in the United States.  With a total of 29 homicides that year, Saginaw certainly didn’t have the highest number of killings, but there’s still something to be said about a city whose only recognizable claim to fame is death. 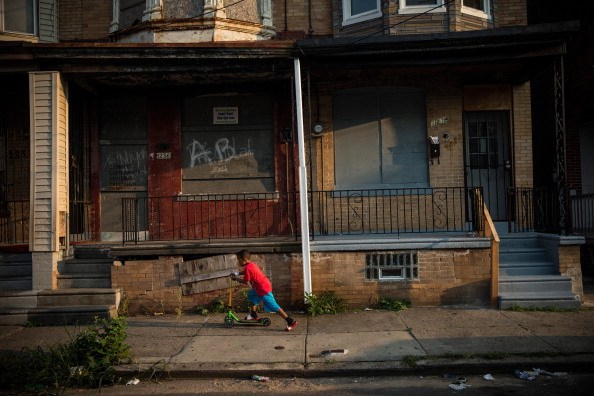 Just across the bridge from Philadelphia, the city of Camden is certainly nothing to play with. The number of violent crimes in the city is more than six times the national average, and murder has become crime of choice.  The cities numbers may not seem high, but with a population of only 77,000 people, nearly 70 murders in on year is unbelievable. 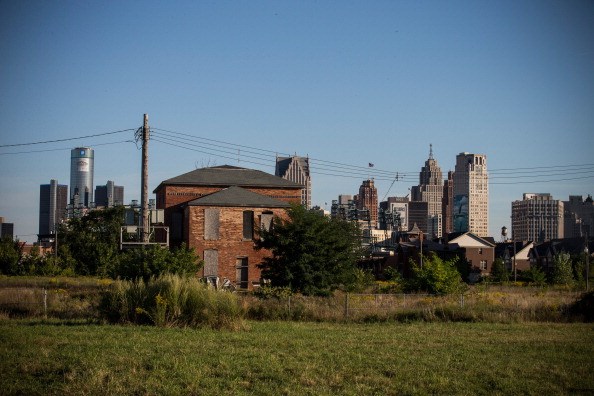 Detroit is well-known for its reputation as being a pretty tough city.  However, Detroit is more than just tough; it’s downright dangerous.  In 2014, the FBI reported that Detroit  “has the highest murder and violent crime rate of any major city in the country.”