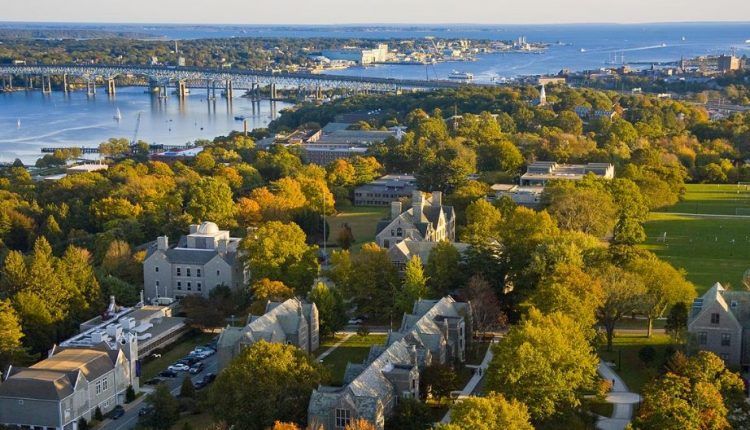 In spite of Connecticut’s somewhat smaller size, this mighty state is home to a number of interesting historical facts. It has brought a number of innovations to the world as we know it and many of them may have even changed it for the better. Known as the Constitution State, Connecticut gave us quite a few inventions and some major celebs who stole our hearts. Known for its academic accomplishments, incredibly rich history, its absolutely gorgeous autumns, and sunny summers at the beach, Connecticut is also known by its residents as the perfect place to live and work.

Although the state is #48 in the U.S. in size, it’s all the way up at #4 for population density. It’s actually home to around 740 individuals per square mile. One of its many claims to fame includes the fact that Charles Goodyear was from Connecticut and he was the creator of the vulcanized rubber that is used to this day in car tires, and not just the ones that bear his name. Connecticut was also the home of Noah Webster, who wrote the very first dictionary, as well as the first state in the country to have permanent license plates.

Small or not, Connecticut is home to a great number of major companies, making the state ripe for the picking for job seekers. And, the fact is that the state of Connecticut has a long list of very diverse employers to choose from, including those in the fields of education, manufacturing, grocers, and the pharmaceutical industry. Needless to say, the actual type of job that you are searching for will help in determining which Connecticut city you choose in the end.

So, here are our top ten choices for where that dream job could be waiting for you in Connecticut:

This is the largest city in Connecticut and home to more than 147,000 people. The median household income in Bridgeport is $42,687 annually, and the median home value is $163,400. The crime rate is 81 on a 1 to 100 scale whereas the U.S. average is 41.4. And, the number of job openings is pretty big, too, just like the city, at 19,590 currently available over a number of sectors like engineering, education, research, marketing, and insurance. Some of the many employers in Bridgeport include Optimus Healthcare, People’s United Bank, Sikorsky Aircraft Corporation, The University of Bridgeport, and Unger Enterprises.

Hartford has a population of 125,017 with a median household income at just under $27,500 with a median home value of $153,000. The Hartford violent crime rate is 89 on a scale from a low of 1 to 100. Historically, Hartford was the childhood home of the great J.P. Morgan, one of the most powerful and richest men in the country during his time. Hartford is also the home of firearms manufacturer, Colt’s Manufacturing Company, maker of the infamous Colt .45 revolver.

The majority of the job offerings in Hartford center around Centerline Drivers LLC with 235 job openings, Pratt & Whitney with 365, CVS Health with 216, and Big Y Foods, Inc. with 338. Other employers include McDonalds, Petsmart, UTC Aerospace Systems, Home Depot, and H&R Block.

Stamford is not only the home of the world famous World Wrestling Federation (WWF) which is headquartered there, but it is also the fourth largest city in the state. In addition, NBC Sports Group is also located there. Stamford has 126,456 residents with a median household income of $72,706. The median home value is also higher than some other CT cities at $498,800.
It is considered to be the place for anyone seeking a job in engineering or research, making up more than 9,000 of the overall total of currently available jobs, which is currently at almost 35,000. Major companies include Purdue Pharma, employing approximately 1,700 local area residents, as well as Intrepid Aviation. The largest number of job openings are being offered by PETSMART, CVS and Northwell Health.

Norwalk is ranked #7 among the largest cities in Connecticut with 87,776 residents, but interestingly enough, it also has more than 25,000 job openings, which is the most in the state. Of those, the majority are in marketing at 3,538 with 3,140 in the engineering field and 2,665 in healthcare. Major companies include Pepperidge Farms, GE Commercial Finance, Xerox, and the Priceline Group, well-known for its William Shatner television ads. In this city, the median household income is $80,382, the median home value is $417,400, both of which are above the national average. According to the crime index, Norwalk ranked 36, which means that the city is safer than 36 percent of the nation’s cities.

Danbury is the 10th largest city in Connecticut and the median income per household is $62,404 with home values holding at an average of $273,900. On the crime index, Danbury is safer than 42 percent of the cities in the U.S. There are 13,249 available jobs in Danbury in the fields of engineering, healthcare, marketing, research, and sales. A number of major companies are located there, including Berkshire Hathaway HomeServices, Odyssey Logistics & Technology, and Union Savings Bank. Danbury is also home to a new pharmaceutical company, which is really an up-and-comer, called Mannkind.

Mainly associated with Yale University, New Haven is also the home of U.S. President George W. Bush, as well as a talented actor named Paul Giamatti. It’s also the birthplace of the very first telephone book and the first hamburger at Louis’ Lunch in 1900. New Haven has a very diverse economy and has 11,599 jobs to offer to job hunters. Approximately 25 percent of them are in the education field, while others include insurance, marketing, research, and manufacturing. Major companies include Marlin Firearms, Krell Industries, 454 Life Sciences, New Alliance Bank, and Vion Pharmaceuticals, Inc. New Haven’s crime rate is somewhat high, however, and it is only safer than six percent of the cities in the country

Southington is located in Hartford County, Connecticut, and has a population of 43,069. It is home to Lincoln College of New England and Branford Hall Career Institute-Southington Campus. The median household income is $75,861, which is above the national average, and the zip code there is 06489. The median home value is $256,966 and the unemployment rate is way below the national average. Southington is safer than 41 percent of the nation’s cities. Southington currently has approximately 19,387 available jobs over a number of fields, including insurance, sales, finance, manufacturing, and medical.

Bristol has a median household income of $56,400, which is lower than the state average. The zip codes there are 06010, 06013, and 06062. The population in Bristol is 60,500 and it has held steady for the past twenty years. 95 percent of all the housing there is occupied. As far as the crime rate goes, Bristol is safer than 26 percent of all the cities in the United States. Available jobs are mainly in the fields of manufacturing and include everything from Control Systems Designers to Project Managers.

Waterbury is well known for being the home of the first golf tournament for women in this country all the way back in 1917. And, prior to that, it was a Waterbury resident named Ezra Warner who invented the can opener in 1858. The population is approximately 110,189 residents, and Waterbury is safer than six percent of the nation’s cities. Some 40 new businesses offering 1,375 new jobs have sprung up in the city in the past three years. In addition, at least e dozen local companies underwent expansions during that time, which created 100 more jobs. Top local companies include CVS Health, Centerline Drivers, LLC, PETSMART, Home Depot, and Big Y Foods, Inc.

Orange is the birthplace of PEZ dispensers, which were created there. It is located in New Haven County and has a population of 13,956. The zip code is 06477 and, on the crime index, Orange is safer than 26 percent of all the cities in the country. The majority of the available jobs in Orange are being offered by CVS Health, Big Y Foods, and Monroe Staffing. In fact, Big Y has 202 job openings currently available, CVS has 177, and Monroe has 152.