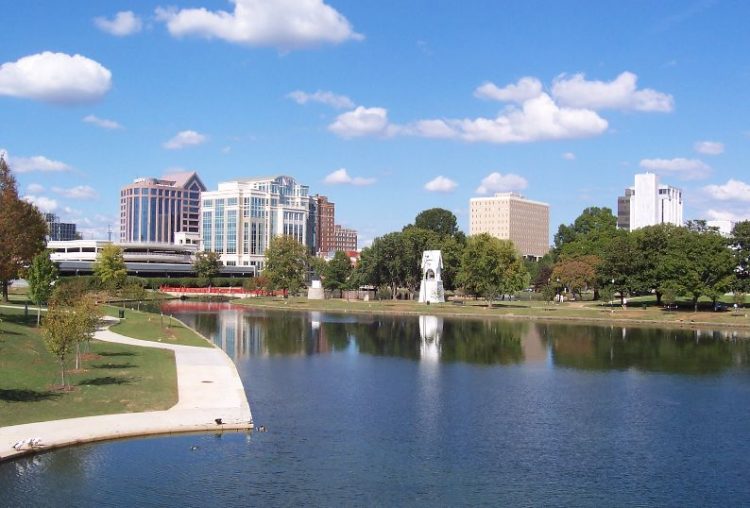 With the money crunch that was created by the collapse of the economy during the financial crisis of the previous decade, more and more Americans are looking for ways to manage their finances. While gross and net income is an important element in creating financial stability, it is equally important to manage living expenses. Something as straightforward as choosing the right city in which to live can have mammoth repercussions as far as financial stability is concerned.

Following is a list of the top 10 cities in the U.S. with low cost of living. It is important to interject a disclaimer at this point. This is not a list of the cheapest places to live in the U.S. The truth is that there are some places in which you can buy a home for nearly nothing, but chances are you might not want to live there. This is a list of cities that are considered desirable by statistics, while also saving a great deal on living expenses.

The truth is that Bloomington’s twin city, Normal, IL, is equal in a number of ways as far as living expenses are concerned. When it comes to things like gas, utilities and groceries, the expenditures are almost identical. However, where Bloomington stands out, and the reason it made the list is the fact that less of a person’s salary is spent on housing, and the household income is approximately $10,000 more than neighboring Normal. There is a higher level of income equality in Bloomington. While relatively small, Bloomington is replete with parks, workout facilities and exceptional restaurants, so you are not sacrificing much in comparison to big city life.

The median household income in Holland is $44,619, and the low cost of living there make the median income more than enough to provide its residents with access to many of the amenities the city has to offer. The residents of this city get to enjoy its gorgeous and breathtaking beaches that overlook Lake Michigan. In addition to the scenery and activities that residents claim creates a feel of a permanent vacation, the cost of gas, groceries and other everyday expenses is less than the national average.

A significant amount of funding has been invested in the overall improvement of Cedar Rapids, and the good thing is that this funding is not coming out of the pockets of the residents. The more than $1 billion invested in the revitalization of the city has come through private investors. As far as entertainment, parks and historical sites, the city has a lot to offer. Last year, the city of Cedar Rapids was ranked 10 on the list of the most affordable cities to live in in the U.S. This year it comes in at number eight. The median income is $54,465, with most residents spending less than 24 percent of their annual income on housing. Additionally, the residents in Cedar Rapids pay about three percent less than the national average for utilities and day to day expenses.

It does not take a lot to gain an understanding of why the population of Greeley, CO is on the incline. While such attractions as a growing number of contemporary restaurants and exciting music venue serve to attract a lot of people, the most powerful allure of the city is its low cost of living. The residents of Greeley pay significantly less for their living expenses than the vast majority of their neighbors in other cities in Colorado.
Residents in Greely spend approximately 27 percent of the annual income, which is at a median of $47,342, revealing just how little is required to live comfortable in this beautiful town.

Whether you are hiking or riding down a back country trail, or rocking out during one of the many concerts, you will discover that you pay less for your enjoyment and necessities than most people are paying in other major cities. The median household income in Provo is $40,359, and less than 24 percent of that is spent on housing. Additionally, the cost of groceries and utilities is also below the national average.

Sioux Falls is a vibrant community that presents a number of distinctive neighborhoods and communities. There is no shortage of recreational amenities, and the schools are exceptional. The residents of Sioux Falls spend under the national average on expenses such as utilities and groceries, and they only spend 27 percent of their annual income, which is at a median of $52, 607, on housing. The median home price in Sioux Falls is only $150,000.

Resting just outside of the City of Austin, Round Rock is right in the middle of energy created by the college atmosphere of Austin. The location places residents in close proximity to some legendary music venues, pristine parks and innovative restaurants. The median income of Round Rock is $71,000, with approximately 28 percent of that being spent on housing. Healthcare, and other living expenses, including utilities and groceries are below the national average.

While community leaders have expressed some concern about the cost of housing in the city in the coming years, currently, the cost of housing is less than 23 percent of the median income of $63, 400. The vast majority of the residents of Rochester spend less than the national average on groceries, utilities and entertainment. It is not only the low cost of living that is a draw to this city, but the value associated with the quality of life that can be achieved at such an affordable cost.

When it comes to most of the normal living expenses that families face, Bismarck comes in right at the national average, but where they are significantly lower is in the area of housing. With an annual income median of $57,600, residents actually spend less than 23 percent of that on housing, which quite remarkable. Despite the exceptionally affordable housing, Bismarck is much more than a low cost of living Mecca. It provides a high quality of life, consistently being ranked as one of the best places to live, year in and year out.

Huntsville is a city that has an economy built on high tech industries such as space exploration, biotechnology and missile defense; however, the cost of living in this city is anything but out of this world. The presence of these high tech industries helps to boost the median household income to $50,000, while the cost of housing is less than 22 percent of the average annual income. The city is home to more than 70 fortune 500 companies, and there are plenty of cultural attractions to satisfy the thirst for recreation.