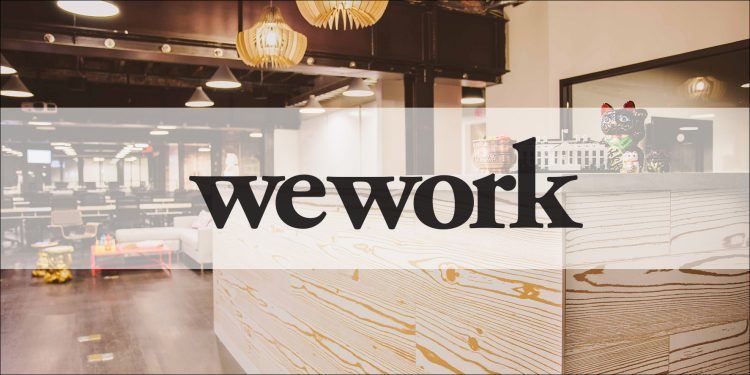 WeWork is a phenomenal company which is ranked as number eleven in the most valuable startups on the globe. This is a prestigious acknowledgement. In case you’re not familiar with the company, WeWork is an on fire office rental company. The company is currently enjoying a high level of success under the leadership of its CEO Adam Neumann.

The founder of WeWork, Adam Neumann was born in Israel and served in the Israeili military. He began his career in retail by establishing a company that sold infanct clothing in Brooklyn. His innovative and creative talents were evidenced in the type of products that were produced. The baby clothing was intended for children just learning to crawl and he invented special padding at the knees to accommodate new crawlers. It was here that he met the co-founder of WeWork, Miguel McKelvey. McKelvey at the time was a lead architect in a smaller firm.

Formation of a partnership

The two noticed that there was a large vacancy in the building they were working in and they decided that there would be plenty of space to put their combined talents together. in 2008 they started the predecessor of what is now WeWork. Their initial focus was on creating sustainable co-working spaces. They had a vision for a green approach to furnishing and powering office spaces by using wind power to generate the electricity and for making recycled furniture. They sold the first business and took the proceeds to launch WeWork. They opened their doors in New York City in 2011 and the idea for sustainable office space became a sensation.

WeWork started out with a couple million dollars from the sale of their previous company. Since that time, it has raised approximately $690 million dollars in funding. The business expanded to cities throughout the nation and beyond. They recently launched offices internationally. WeWork started out with a little over fifty co-working spaces in major cities including Boston, Philadelphia, Miami, Austin, San Francisco, Portland, Seattle, Los Angeles Washington DC and Chicago. International offices are located in Amsterdam, Tel Aviv, Herzliya and London. The business is still growing and expanding throughout the world. The current value of WeWork company is estimated to be worth approximately 16.9 billion dollars. The latest round of funding bringing in $260 million.

The spaces are intended to give entrepreneurs an area to work out of. The founders of this company made certain that they included additional amenities within the spaces including fridges stocked with beer and other items and Foosball tables for entertainment. The co-working environments have caught on big time with freelancers and start ups. The monthly lease keeps the funds rolling in at about seven hundred twenty five pounds per month for London office space.

Classification of the company

While some view WeWork as a real estate business because in essence, they are leasing office spaces, but it’s much more than that. They are more into the technology end of the business and the buildings which are a major part of their success are the places where they work their magic. The real estate is viewed merely as a platform for putting their creativity to work.

Neumann insists that WeWork is more of a network and community than it is an office. Here is where the technology classification comes into play. There is an app that is compatible with smart phones that connects every member of the WeWork community together. Entrepreneurs, some brilliant are all able to connect with one another and share ideas. There is no lack of positive press for this company as entrepreneurs are flocking together to occupy all of the available spaces. It would lead you to believe that they are doing something very right.

What the future holds for WeWork

One thing is for certain, the company is on blazing fire currently and is looking to expand its ventures yet further. From our perspective, WeWork is a combination of real estate management with added value and an interconnection that makes the spaces so attractive to lessees. It offers a premium space for working, networking and staying connected via the technology created specifically for this massive group of international participants.

As for the future, at this point, we can only speculate. The founders aren’t letting anything slip at this time. They do offer a teaser by discussing the possibility of turning what they did for co-working into a similar model for co-living. This leaves the door wide open for assumption. There are a variety of directions that this rather vague statement of intent could be taken. They’re planning a big launch soon, but we don’t know when. They discuss a prototype of their new venture and allow that it is being built in the city of Chicago. They also have plans to follow up with another in New York City. They’re keeping their plans carefully veiled and leaving it up to our imaginations. The only thing that we know is that it will focus upon co-living so we’ll just have to wait for the pre-launch press release.

The WeWork company was a brilliant idea that has truly brought entrepreneurs from all over the world together. They seem to enjoy the working space enough to continue paying the leases. The success of the company is proof that what they are doing is working and paying off big time. We Work has gone from a company that started out with just a couple of million dollars to the multi billion dollar club. When it comes to start ups, they’ve set a few records. Their innovation and creativity was the fuel that powered this amazing money generating machine. We await the unveiling of their new plans. If they are even partially as successful and the co-working office space, the WeWork company will explode with another period of growth. They serve as an example of how a good idea, some hard work, a couple million dollars and the right backers can skyrocket the startup of anyone who has the fortitude to try. We’re looking for great results from WeWork in the future.