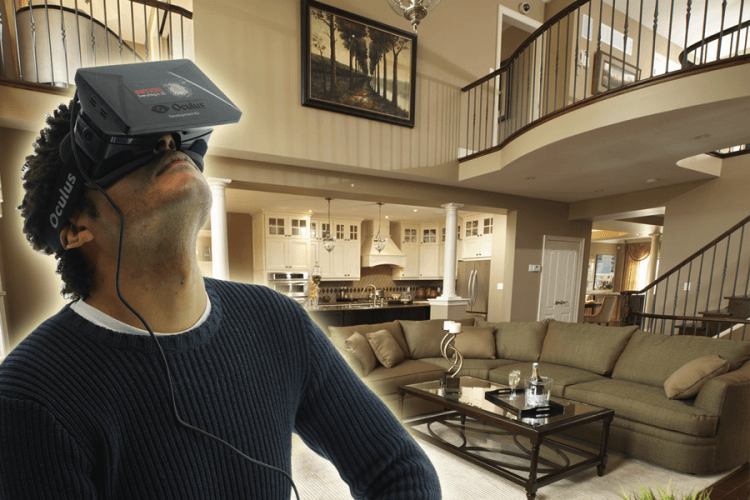 It began with Google Glass which was a promising venture into the realm of merging the physical world around us, with the digital. Unfortunately, that early attempt at doing so was a failure, and Google pulled the Glass project to revise and revamp it. Their departure from the virtual reality, however, did nothing to dampen enthusiasm for it, and in their absence, we’ve seen an enormous number of independent Kickstarter campaigns flourish in the space, with open source concepts and some truly impressive looking prototypes.

We’ve also seen lots of videos from Do-It-Yourselfers, who have managed to cobble together some amazing gear in their basements and garages, although most of these home grown projects are not much to look at. Even so, there are some big name players moving into the field as well, and the biggest of them all is Facebook, having purchased the start-up that manufactures the Oculus Rift. Say what you want about Mark Zuckerberg, but nobody spends two billion (yes, that’s billion, with a “B”) dollars on a company unless they’re sure it’s going to be huge. And it will be, just as the 3d printing phenomenon started in garages and basements before bursting onto the mainstream, so too is VR tech poised to do the same thing.

It’s not hard to see the attraction in general terms. We’ve all seen futuristic movies featuring fantastic looking tech and the things it makes possible, and Virtual Reality/Augmented Reality is a major part of what makes that possible. Sure, it looks great in the movies, but can you imagine the possibilities in real life? Make no mistake about it, there won’t be an industry that doesn’t feel the impact of VR tech over the next few years.  And when it comes to real estate?  Let’s take a look at some of the implications.

How It Changes The Game In Real Estate

There are two primary ways VR tech can be used in the real estate business: pre-sales and existing home sales. Both are similar in their presentation to the prospective client, but both have their own unique architecture supporting them behind the scenes.

Let’s look at pre-sales first. Oftentimes, if a potential buyer is interested in, say, a condo in a newly planned building, all he or she has to go by currently are the blueprints. Sometimes, special “hard hat tours” can be given, so that a would-be buyer can walk the property as it is being constructed, but even then, all you’re seeing is the skeleton of the building, and it can be extremely difficult to properly convey the builder’s vision when there’s scaffolding all over the place, ladders, and workmen slowly banging the property into its eventual shape.

All that changes with virtual reality. Now, all you do when you’re pre-selling is sit the client down in your office, give him or her a VR headset, and run the program you’ve saved in it. The building comes to life in full color and stunning 3d. The wearer can navigate through a fully rendered virtual simulation of what the finished product will be, no more hard hat tours to schedule, ever, and no more guessing at what the end result will look like based on the sometimes cryptic blueprints. You can see every detail with breathtaking clarity. 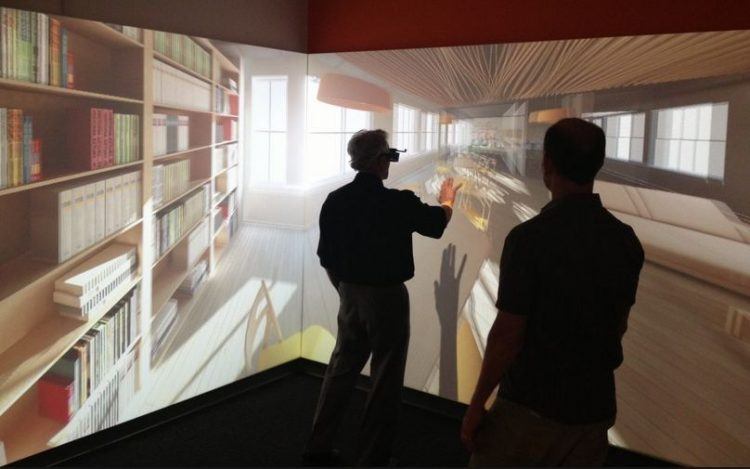 The first is a matter of convenience. If you own your own VR headset, and a realtor makes a virtual tour available online, then there’s no need to schedule an appointment for a showing. You can simply don your headset and walk around in the home, just like you’d be able to if you were physically there. This is a huge win from the realtor’s perspective, because he or she can “show” more properties in this manner, and it’s a simple task to track how many times any particular virtual tour has been taken, and by whom. That translates into more efficiency in terms of operation for a real estate agent, who can sell more homes, more quickly, thanks to use of the tech.

There’s another, perhaps even more intriguing use for the technology as it relates to existing home sales though. It’s all well and good to see the home as it exists now, but what if you’re in love with it, and you really want to start decorating it right now! That’s actually easier than you might think. Armed with the same headset, you can begin 3d scanning the major furnishings in the home you’re living in presently. Once these are saved as objects, you can simply import them into the 3d model of the house you’re interested in buying.

Want to know if your dresser will fit on a particular wall in your bedroom? You don’t even have to measure! You can simply take the saved object of your dresser, and port it to the virtual room of the house you’re moving into. Want to see what your new bedroom would look like if you painted it Robin’s egg blue? A few hand gestures to change the color on the wall, and you can see it before you even head to the store to buy the paint! These kinds of capabilities are absolute game changers.

So far, at least, VR technology still exists mostly at the fringes, but it’s inevitable that it will become mainstream, either this year or next. The companies that start investing in the technology now will have a huge competitive advantage over those who don’t, simply by virtue of the fact that they’ll be able to offer their clients a suite of services that people who haven’t invested in the tech or the expertise won’t be able to come close to matching. Honestly, who would you rather buy a house from? Someone who had to interrupt your day so you could plan a showing, or someone who could offer you all the conveniences described above?  Obviously that’s up to each individual to answer but I’ll take the latter.