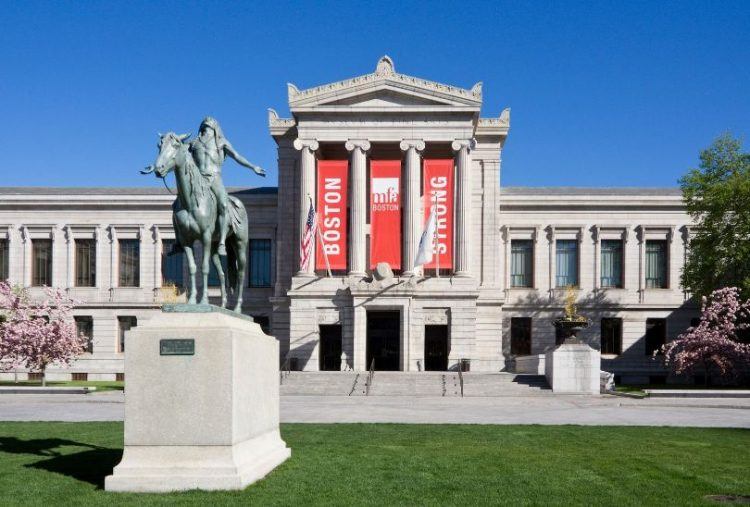 Boston is one of the oldest cities in the U.S., and has meticulously preserved some of the most significant periods in its eventful history. From aspects such as slavery to colonialism, Boston has majestic museums that tell the story in detail. And it is not only history that Boston’s museums tell of; everything from science to sports and art is covered in Boston’s many museums. Here is a look at the top ten museums in Boston.

The Museum of Fine Arts in Boston is one of the most visited museums in the U.S. It also boasts of one of the largest collections of artifacts in the nation. Its collection includes artifacts of all periods from the ancient to the modern. Its artifacts are also sourced from all over the world: the U.S., Europe, Africa, Asia, and the Middle East. In total, all of the museum’s artifacts total over 450,000, and the museum is continuously adding to the collection. Some of the highlights of this museum include Van Gogh’s Portrait of the Postman and Renoir’s Dance at Bougival.

The African Meeting House tells one side of the African-Americans’ fight for freedom from slavery. It is here that the abolitionist movement took root, and it is also here that the New England Anti-Slavery Society was founded. Frederick Douglass’ popular anti-slavery speech was also delivered right here in the Beacon Hill neighborhood. As you may imagine, this museum was once a structure of resentment for many of the white supremacists. Amazingly, however, it has endured to date, and today it boasts of being the oldest African-American church still standing.

This is perhaps the most thrilling museum in Boston, and it is certainly a treat for science enthusiasts. It features a wide range of exhibitions, and almost every facet of science is covered. The highlight of all the exhibits is the solar system, which visitors get to explore through a roller-coaster ride. It also showcases an orbital journey of the International Space Station. What’s more, war plane enthusiasts will appreciate exhibits of outstanding aircraft such as the F-5 Tiger. Over 500 of the exhibits in the Museum of Science are interactive, so you can look forward to a truly educational and fun experience.

The Harvard Museum of Natural History is as exceptional as the institution it is named after, and it boasts of being the most visited attraction in Harvard. To start with, it is the only museum in the world that hosts a 42-foot-long Kronosaurus, the only known prehistoric sea reptile of its kind. What’s more, it features a wide array of natural artifacts ranging from plants to animals. The most notable artifacts in the Harvard Museum of Natural History are the Glass Flowers collection and the Sea Creatures collection; these artifacts are sculpted purely out of glass, and the detail in each is incredible.

Isabella Stewart Gardner went out of her way many times to build up her collection of artifacts, and she was kind enough to make it accessible to the public at the Isabella Stewart Gardner Museum. Its artifacts are collected from around the world, and they are exhibited in exotic gallery rooms that still retain Isabella’s outstanding taste and sense of style. And, even more impressive is the fact that all of the artifacts have been preserved as they were when the museum opened in 1903.

The Institute of Contemporary Art

The Institute of Contemporary Art was the first art museum to be set up in Boston in over a century; it was relocated to Fan Pier in 2006. The building itself is a work of art; the building merges seamlessly with the waterfront thanks to its blend of glass and metal facades. It also houses a wide range of artifacts from prominent artists such as Mark Bradford and Phillip Lorca diCorcia.

The Mapparium Museum is perhaps the only museum of its kind in the world, and it is one of the quirkiest structures in the city. It is the largest walk-in globe in the world as it measures 30 feet in diameter, and visitors can transverse it through the glass bridge that runs across its interior. Unfortunately, however, it is not an accurate depiction of the world as it was designed way back in 1935, and the world has changed a great deal since then.

The USS Constitution Museum tells the great story of the ship USS Constitution as well as the brave men who built and sailed it. It is located in the Charlestown Navy Yard, and it is housed in a restored shipyard that is situated close to the ship itself. It is also the home of the Samuel Eliot Morison Memorial Library, which contain a vast collection of documents regarding the ship’s history.

Boston, the home of the renowned Red Sox, is very active in sports. Consequently, The Sports Museum is very colorful and thrilling. It features exhibits from famous teams and players such as the Boston Bruins, Boston Marathon, Boston Red Sox, and the New England Patriots, just to mention a few. The highlight, however, is a life-sized sculpture of Boston Celtics, and you can freely to take a photo beside it. However, a visit to The Sports Museum would be incomplete without visiting Fenway Park, a ballpark that is over 100 years old now; it is located only 3 miles from the museum.