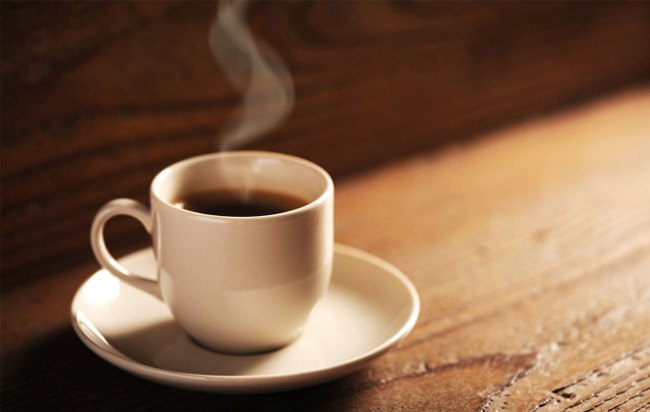 National Coffee Day landed on September 29th, and in honor of that this article has been written to depict the ten most caffeinated cities across the United States. It doesn’t matter if it’s a national chain, a mom and pop shop, or an indie café, these cities have made it their goal to specialize in the delivering thousands upon thousands of people their desired morning fix. Caffeine is, in its many forms, the lifeblood that helps the United States to run and operate with moderate to high efficiency.

The morning boost that many depend on comes from the first caffeinated beverage that touches their lips and awakens the nerve center of the brain where decisions are made and actions are formed. Despite the always-growing addiction to caffeine, the mere thought of having to do without it leaves many Americans with cold sweats when they begin to consider their options.

Out of the many cities that are fueled by caffeine, ten of them managed to stand out in such a way that they were deemed worthy of recognition. Those cities are as follows:

One of the great Mecca’s of the caffeine industry, San Francisco is a coffee-lover’s haven. A person can barely walk down the street without running into one or two or even more locations that serve their own brand of coffee in their own original way. Featuring well over a thousand coffee shops within its boundaries, San Francisco is home to a little over 900 Indie coffee shops and just a hair over 150 large coffee chains. They are without a doubt the most caffeinated city in the US, which is obviously agreeing the city as their median home price in the zip code with the most coffee shops per capita is well over $1 billion dollars. This amounts to well over three hundred thousand lattes. That sounds like a lot, but when considering the population of San Francisco, it might amount to an average week.

It’s no surprise that Seattle made this list to be honest, as it is one of the premiere cities in the US where coffee is almost a religion unto itself. One can’t even go a block without hitting a handful of coffee shops or cafes that are designed to caffeinate the masses. Unlike San Francisco, Seattle is far more concerned with the function of their coffee than the look, and prefers less frills and more substance more often than not. The number of coffee shops in Seattle is significantly lower at only 843, but while it has far fewer indie coffee shops at roughly 670, it has a significantly greater number of large coffee chains, which amount to 173.

The most coffee shops per capita are found in the 98101 area code and the median home price seems rather low at $650,000, which amounts out to just over one hundred and sixty thousand lattes.

Another city that’s expected to be on this list, Portland is a city where people seem to be proud of how they mainline caffeine. The majorities of those who energize their day with a morning cup of coffee often imbibe at least two or more cups a day and are often seen at the local coffee shop on their break, their lunch, or even before and after work. Despite their consumption Portland only houses around 737 coffee shops, 600 of which are indie shops and 137 that are large chains.

The zip code featuring the most coffee shops per capita is 97205, and produces a median home price of roughly $388,800.

It would seem that Oregon, Washington, and California are quite dominant when it comes to whom the coffee industry caters to most, and the numbers don’t lie. Oakland, though not known exclusively for its coffee trends, still possesses around 274 coffee shops, 230 of which are indie and only 44 that are large coffee chains. The zip that features the most coffee shops per capita, 94612, still brings in an impressive $650,000 despite the relatively small amount of coffee shops in the city.

It would be easy to reason that more eastern cities would be higher on this list, but Pittsburgh is the first and most prominent city on this list that comes closest to the eastern seaboard. Catering to only 250 coffee shops, 171 of which are indie and 79 that are large chains, Pittsburgh’s most prominent zip code for coffee, 15222 boasts a humble but still significant $365,000 for a median home price.

It’s easy to see why coffee and Nevada wouldn’t seem to go hand in hand. They don’t seem to fit together quite as well as so many other products and pastimes that Nevada is so well known for, but the city boasts a humble 234 coffee shops, 124 of them indie and 110 of them large chains. The zip code boasting the most coffee shops per capita, 89119, typically sees a median home price of $119,900.

Perhaps it’s the fact that coffee is a very recognized stimulant, or maybe Salt Lake City is simply not as impressed by the coffee craze that has swept most of the nation. Whatever the case, Salt Lake City only houses a very humble number of coffee shops at 136. More than half of those are indie at 104, while 23 of them are large chain stores. The zip code that houses the most coffee shops per capita is 84101 and it generally sees a median home price of $275,000.

Coming in at a surprisingly lower number than Salt Lake City, New Orleans features 243 coffee shops throughout its boundaries, 202 of them that are indie and only 41 that are large chains. The zip code housing the most coffee shops per capita is 70112, and usually generates a median home price of $404, 900.

While it has more coffee shops than New Orleans and Salt Lake City, Minneapolis has a lower median price than the “Big Easy” at $295,000. Roughly 216 of its coffee shops are indie, and just 94 are large chain establishments.

Yet another Washington city that makes the list, Tacoma is only a short distance from Seattle and is influenced just as much by its northern neighbor as it is by Portland, Oregon to the south. Despite this it features only 144 shops, 103 of which are indie and 41 that are large chain coffee shops. It’s most affluent zip code, 98402, usually produces a median home price of $307,000.