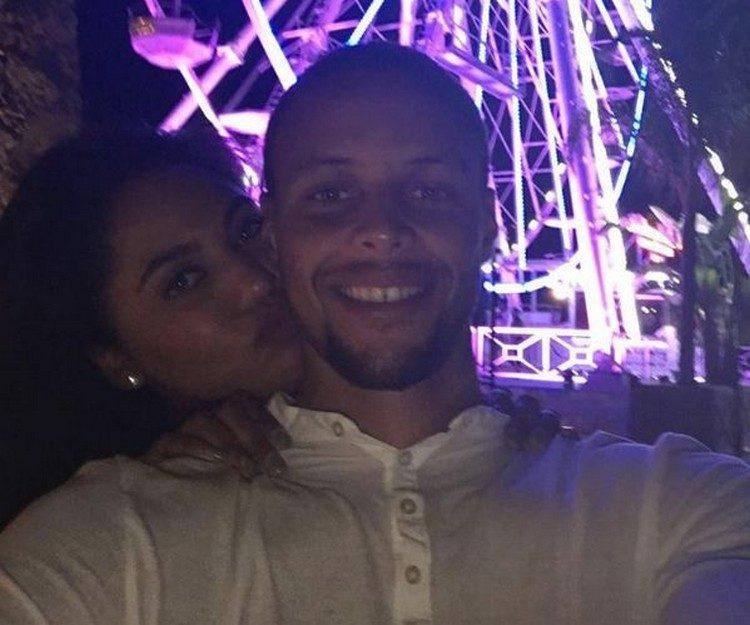 You may only know Ayesha Curry as NBA star Stephen Curry’s beautiful wife, but she is much more than that. She is an accomplished businesswoman, a former model and actress, and a mom to two adorable little girls (Riley and Ryan), among other things. Yes, she has gotten herself in trouble a couple of times on Twitter, especially during the 2016 NBA Finals, but overall, she has a stellar reputation.

All of this leads to a few very important questions, such as what exactly is her nationality and how did she meet Steph Curry in the first place? Actually, there is probably quite a bit of interesting things you don’t know about Ayesha Curry, such as how old she was when she attended her first basketball game and what kind of car she drove to pick up Steph on her first date. For that matter, why did she have to pick up Steph on their first date? It’s time to learn the answer.

Here are 20 things you did not know about Ayesha Curry. 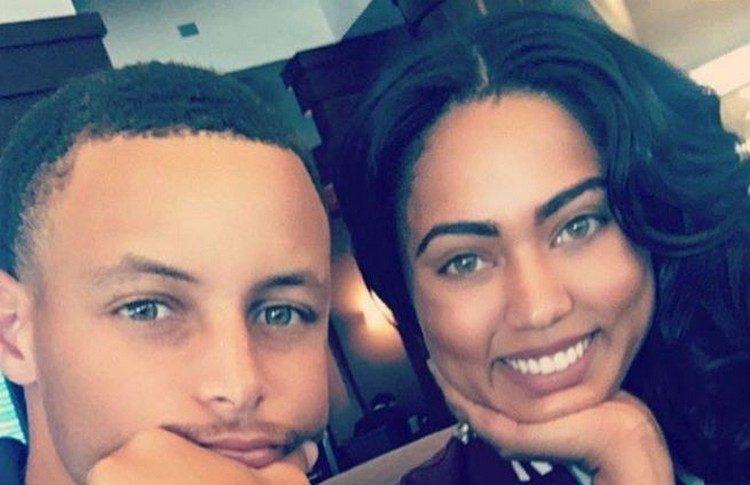 Ayesha was born in Canada.

Ayesha Alexander was born March 23, 1989 in Toronto, Ontario, Canada. However, her family which included her parents, 2 brothers, and 2 sisters soon moved to Charlotte, North Carolina, which is where she grew up. In Charlotte, she attended a Central Church of God youth group, where she met her future husband, Stephen Curry and obtained her U.S. citizenship. Today, she has dual citizenship. 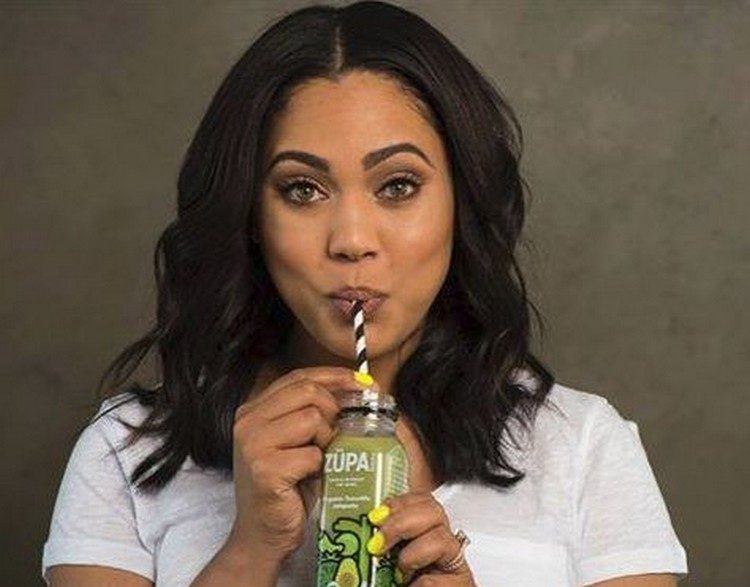 After graduating, she moved to Los Angeles to pursue an acting career.

While Ayesha did manage to win a few acting roles, they were mostly bit pieces. For example, she appeared on an episode of Hannah Montana in 2009 and played the role of “Beautiful Girl” in a 2010 episode of Disney’s Good Luck Charlie. Her only role that lasted for more than a single episode was for a 2008 show Whittaker Bay, which was cancelled after 8 episodes. 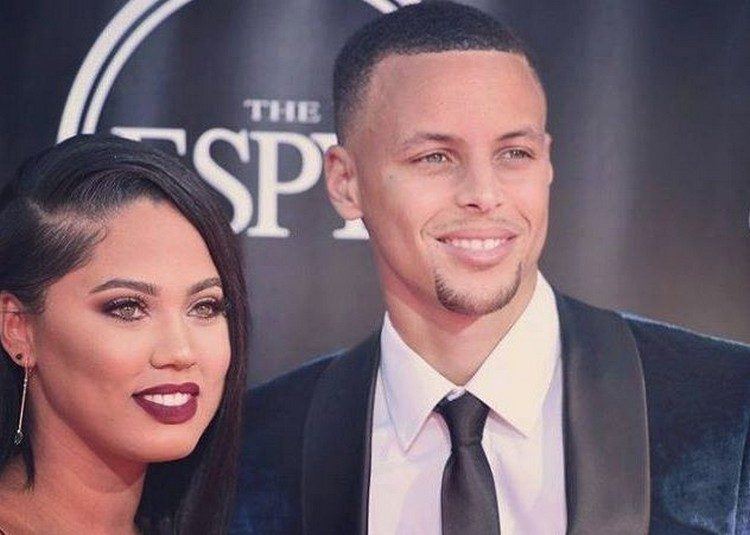 Ayesha is quick to admit that she doesn’t look perfect when she wakes up in the morning.

In an interview with Brit + Co, Ayesha admitted that when she looks gorgeous at games and on TV, it is because she had her makeup done for her . She said, “I luck out on days when I have my makeup done. I’ll go to a game and be like, ‘Oh yeah, I got my makeup done, I look like this all the time!’” At other times, she spends around 10 minutes at the most on her makeup. 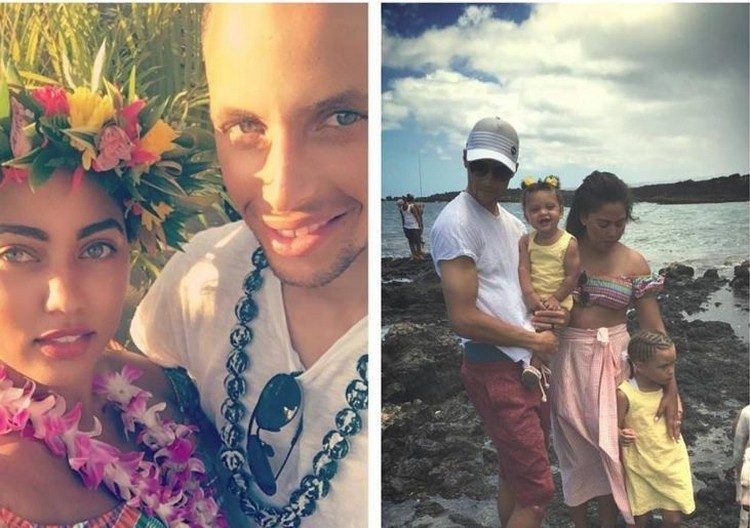 In today’s world, many 3-year-olds are just as savvy when it comes to smart devices as their parents. That’s not the case when it comes to Riley. Instead, Ayesha makes her color, play outside, and sing. In fact, in the interview with Brit+Co, the interviewer noted that Riley spent the entire time “coloring nonstop, super intent on trying to stay inside the lines to create a fridge-worthy masterpiece.” When she got tired of coloring, she tried to play a piano that just happened to be on set while singing the ABCs. 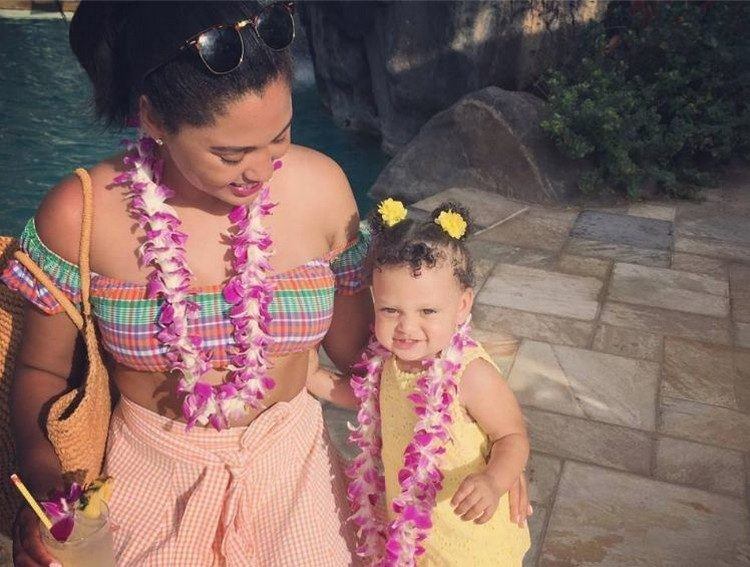 There is a story behind her name.

Ayesha’s dad was “actually a music producer back in the day,” who has always loved Stevie Wonder’s music, especially the song “Isn’t She Lovely.” In the song, Stevie references a girl named Ayesha. (Aisha happens to be the name of Stevie’s own daughter, who he says he used as an inspiration for the Ayesha in the song.) Ayesha’s dad decided he absolutely loved the name and her mom agreed to name their daughter Ayesha. 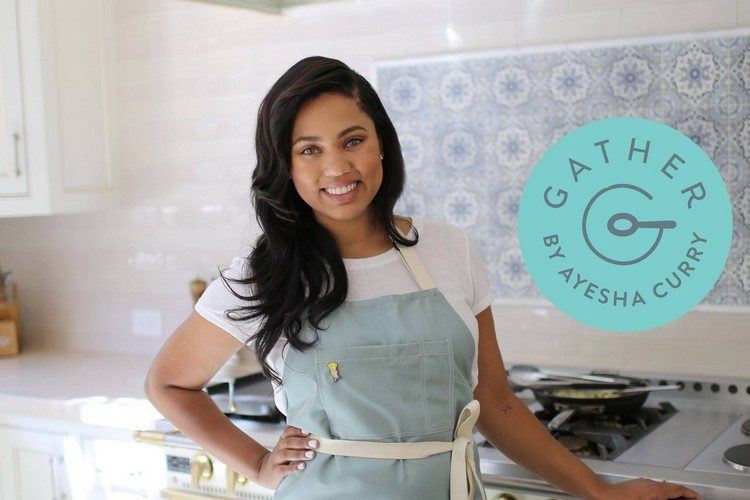 Ayesha has had her own website and blog for several years. Her website is ayeshacurry.com, while her blog is named This Little Light of Mine. She blogs about everything from her faith and love for God to raising her daughters, cooking (along with recipes), fitness, and plenty of other lifestyle topics. Interestingly enough, she started the blog as a 23 year old mom who was looking for direction and a place to share her thoughts. 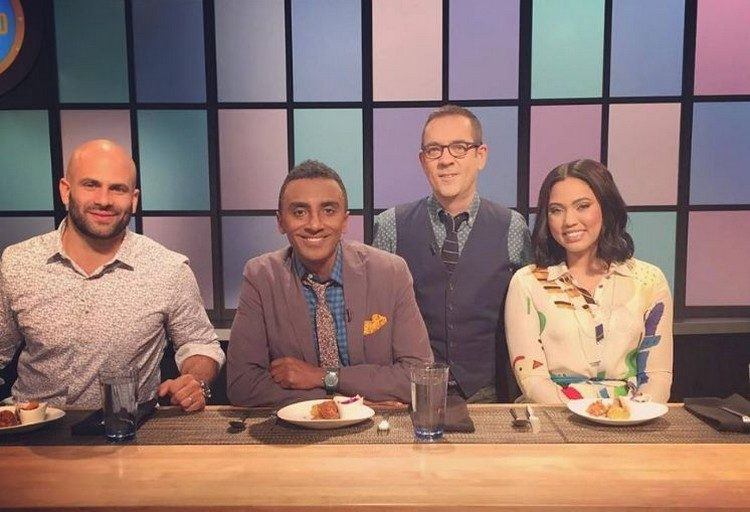 While growing up, she often cooked for her family, which sparked her love for cooking today.

In a 2016 interview with Haute Living, Ayesha said, “Both of my parents worked, so it was my way of helping around the house by making dinner for my family. I fell in love with it. Instead of cartoons, I was the kid who was watching Food Network, falling asleep to Emeril and Rachael Ray.” Currently, she is talks with the Cooking Channel to star in first cooking show. She also has a cookbook, The Seasoned Life, coming out at the end of September. 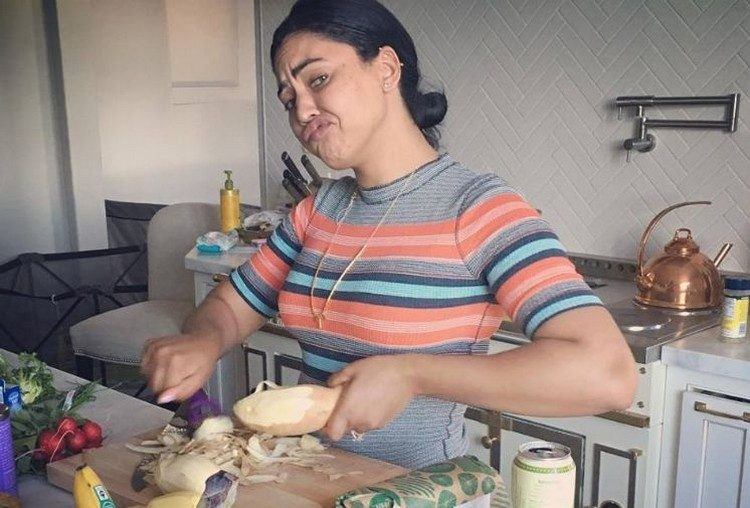 Her favorite dish to make did not make it into the cookbook.

Ayesha also told Haute Living that her favorite thing to cook is chicken parmesan, which just happens to be her husband’s favorite meal. However, she said that she felt the recipe was so easy to make that she opted not to put it in the book. Maybe she will decide to put it in her next book. For those who don’t know chicken parmesan consists of a piece of fried chicken breast smothered in tomato sauce and covered in parmesan and mozzarella cheese before being baked in the oven. 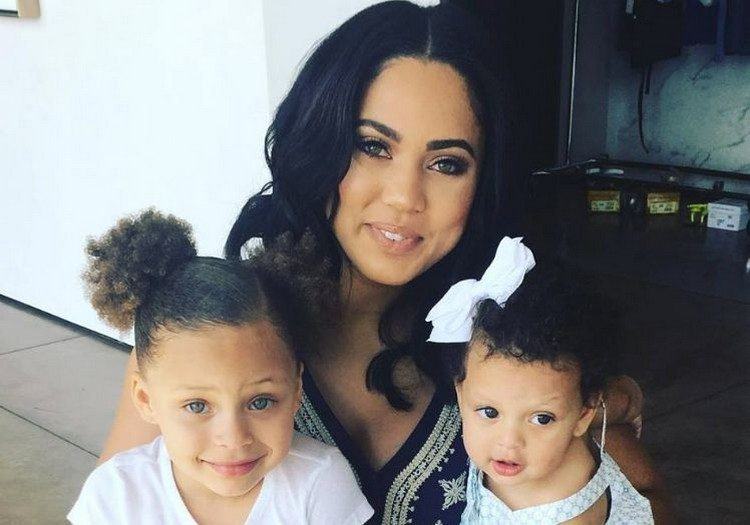 Before she started dating Steph, Ayesha had a strict ‘No Athletes’ policy.

She was adamant about the policy until Steph managed to change her mind. In an interview with People, Ayesha told the story of her parents finding a piece of paper left over from her high school days that described what she wanted in a significant other. She had wrote “no athletes because they’re arrogant.” However, she broke her rule and said Steph was “the absolute opposite of what I thought he was going to be.” 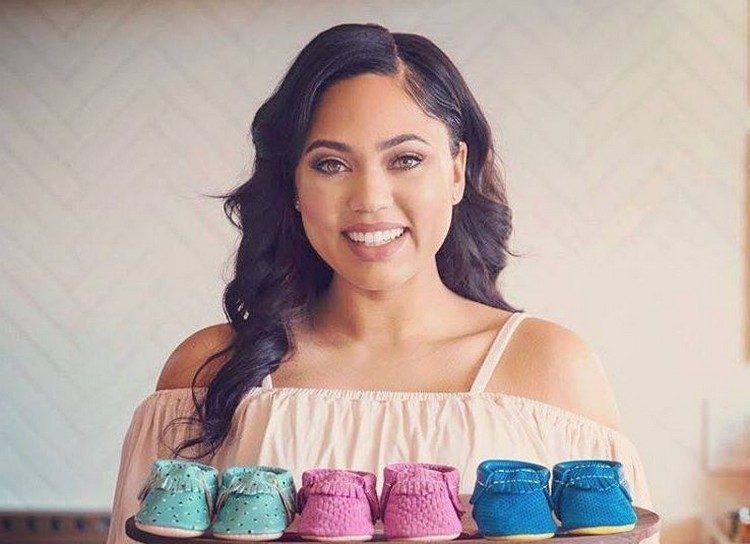 She likes to binge-watch shows with Steph in their spare time.

In a 2016 interview with Cosmopolitan, Ayesha admitted that the two, “love watching How to Get Away With Murder, that is our jam. We are obsessed with it. I’m sad it’s on hiatus right now. :They are also big fans of HGTV’s Fixer Upper, as well as Blackish on ABC. In the past, they were obsessed with American Horror Story: Coven. 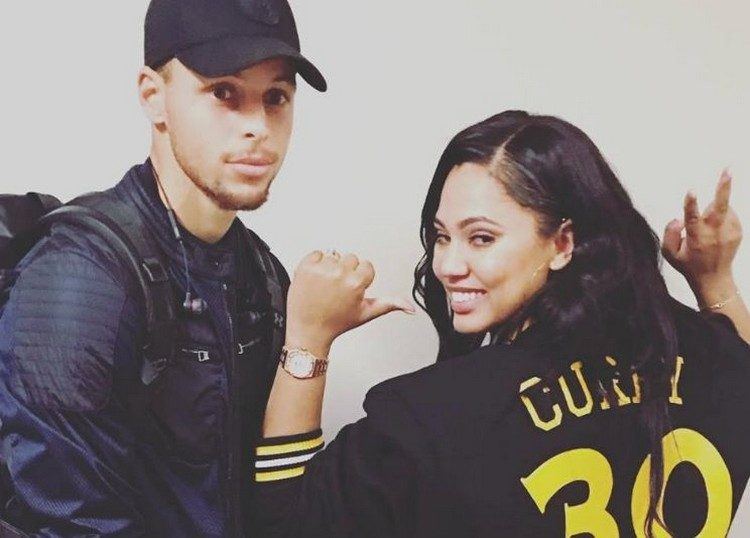 First, Ayesha was living in LA and Steph was only visiting the city to attend the 2008 ESPY Awards when he finally convinced her to go out with him. Since he had no car, she picked him up in her 1995 Astro van. The two headed to Hollywood Boulevard, where they drank chai tea and had their photo taken with Marilyn Monroe impersonators. At the end of the date, he bought her a pair of Oakley sunglasses. They have been together ever since. 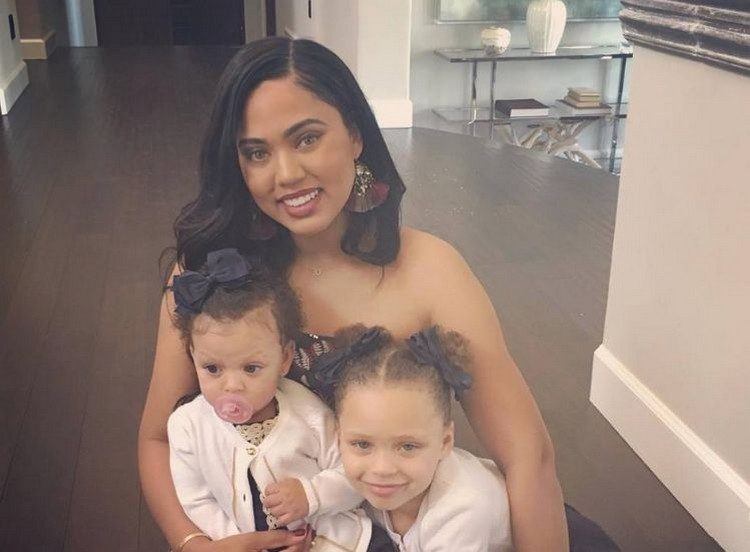 She takes Uber to get to Steph’s games.

Ayesha doesn’t really seem like she would take Uber, but according to her interview with Cosmopolitan, that is exactly how she gets to Golden State Warriors’ arena. She mentioned this tidbit of information when discussing her idea that all drinks at the Warriors’ games should be free. Apparently, she is prone to forgetting her wallet at home when she takes Uber. Now, when she attends games at the Warriors’ arena, she gets free drinks so this is not a problem anymore. 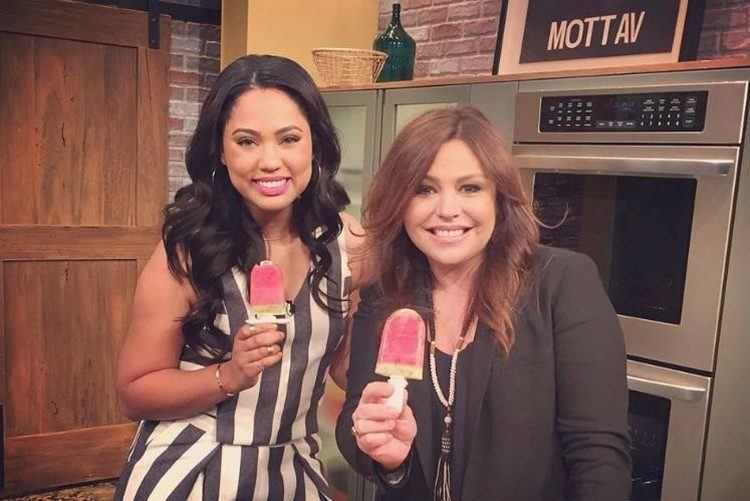 Ayesha did not go to her first basketball game until she was 19 years old.

At 19, Ayesha began dating Steph and decided to go to a game at Davidson College to show her support and find out what the fuss was all about. She has said that she was shocked to walk in and find so many fans wearing jerseys with the last name ‘Curry’ written across the back. Now, she goes to as many games as she possibly can. 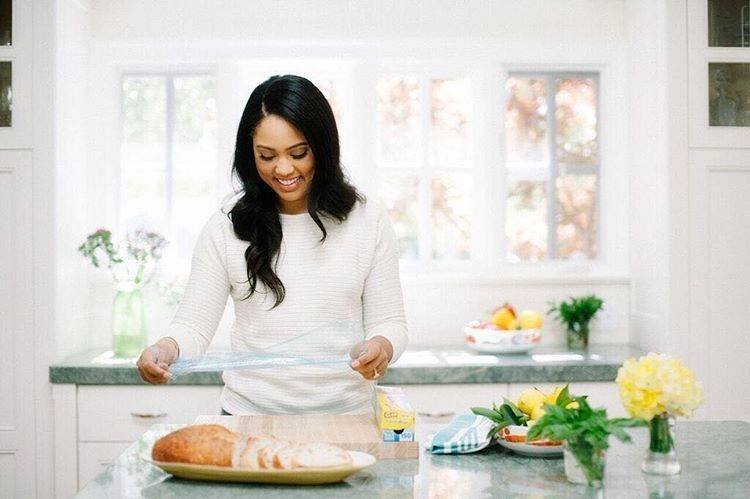 Ayesha is not afraid to travel to away games, even with two kids under the age of 4.

While plenty of NBA wives, especially those with young children, opt to stay at home when the team is on the road, Ayesha prefers to go with them and of course, she brings her daughters along too. Steph told ABC News, “I am blessed with a wife that’s willing to travel with me. I don’t know what I’d do if she wasn’t able to be there with me to go to different events. I mean, I have a two-month-old daughter and she’s been on 10 flights already … It’s a lot to manage, and we are still learning as young parents.” 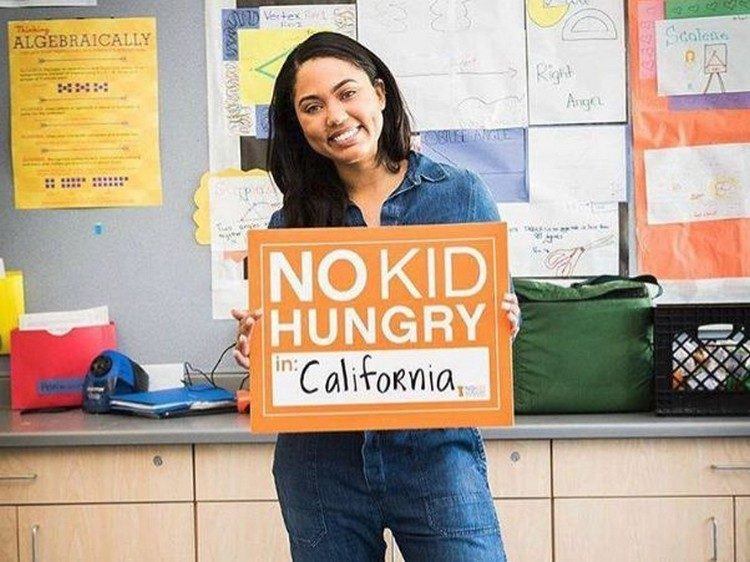 Her gorgeous looks are thanks to a unique heritage.

There has been plenty of speculation about Ayesha’s ethnicity. Here’s the truth. Her dad is ½ Polish and ½ African American, while her mom is ½ Chinese and ½ Jamaican. (You may or may not remember that she tweeted during the 2016 NBA Finals that her father had been racially profiled while attending a game at Cleveland’s Quicken Loans Arena. In fact, he was almost arrested when police officers mistook him for a con artist they were on the lookout for.) Ayesha, by the way, looks a lot like her mom. 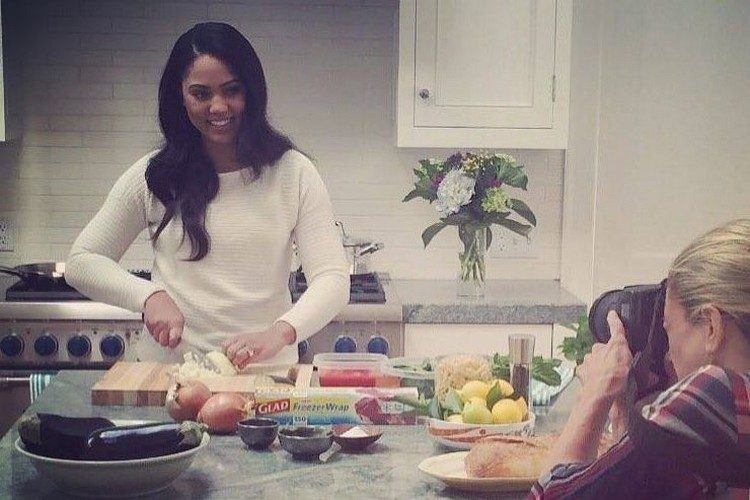 While they were growing up, Ayesha and Steph’s parents used to joke about how cute the two of them were together during youth group.

Steph once said in an interview, “It’s funny, our parents used to make jokes about how cute we were together, but we didn’t know.” Neither his nor her parents ever thought anything would come of it; they simply thought they looked cute together. Of course, they did not even start dating until years later after both of them had moved away from their hometown…her to LA in an effort to jumpstart an acting career and him to college in Davidson, NC. 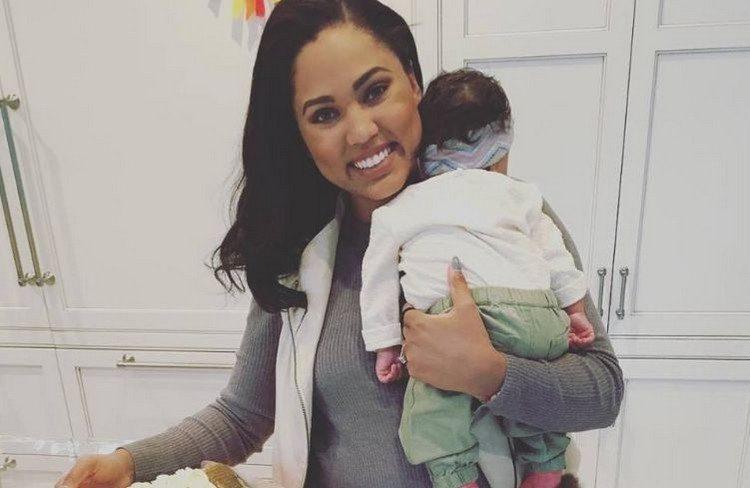 Ayesha has her own line of extra virgin olive oil.

On her website and in her blog, Ayesha frequently mentions that extra virgin olive oil is a staple ingredient in her house, which is why it should not be too big of a surprise that she recently started selling her own brand. It is available through her website, as well as in several California grocery stores. 10% of the proceeds are given to No Kid Hungry, a charitable organization. 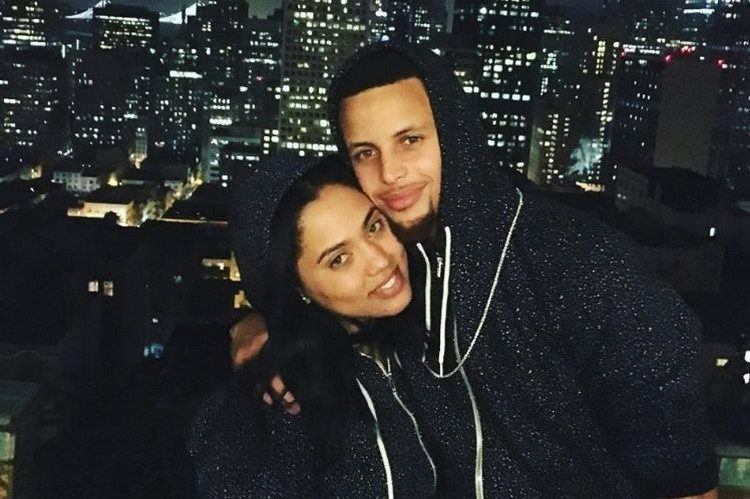 Speaking of charity, Ayesha and Steph did not want any wedding gifts.

When Ayesha and Steph were married in 2011, they only asked guests for one thing. Instead of buying the couple a wedding present, they wanted them to donate to ThanksUSA.org. ThanksUSA.org awards scholarships to the spouses and children of soldiers. 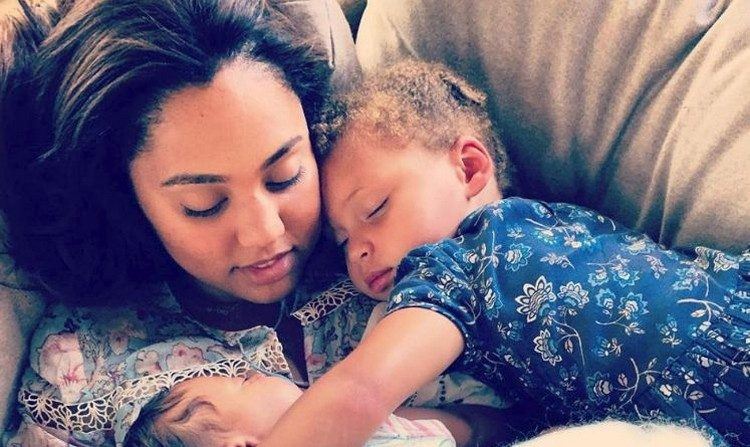 She is in the midst of starting her own food delivery company.

Based in San Francisco and currently still in the planning stages, the company is called Gather and will deliver recipes and seasonal ingredients to your home every week [10]. The recipes will include those that she cooks for her own family, along with recipes for homemade baby food. So far, she has not said whether the company will deliver across the nation or if it will just be available in San Francisco to start with. If you are interested in Gather, you can sign up for the waiting list here. 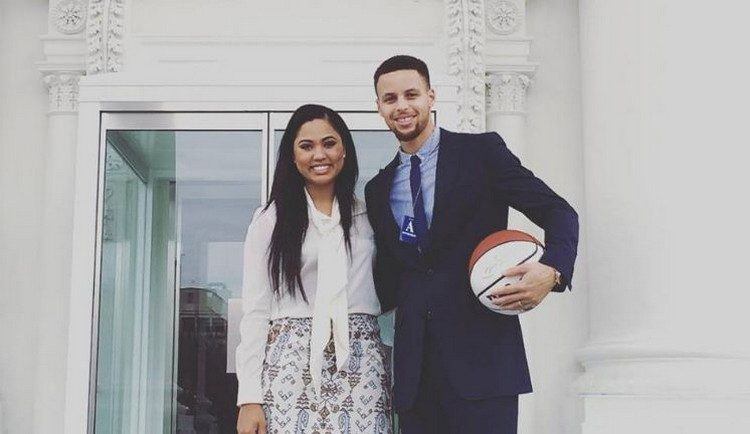 She can be adventurous.

In the past, Ayesha has posted videos of herself harvesting honey from the family’s bee farm, which is definitely something most of us wouldn’t do. In addition, she has a tattoo, though she hasn’t said exactly where it is at. However, it is of two arrows pointing at each other and signifies that the past is behind us, while the future is in front of us. By the way, Steph has the exact same tattoo.