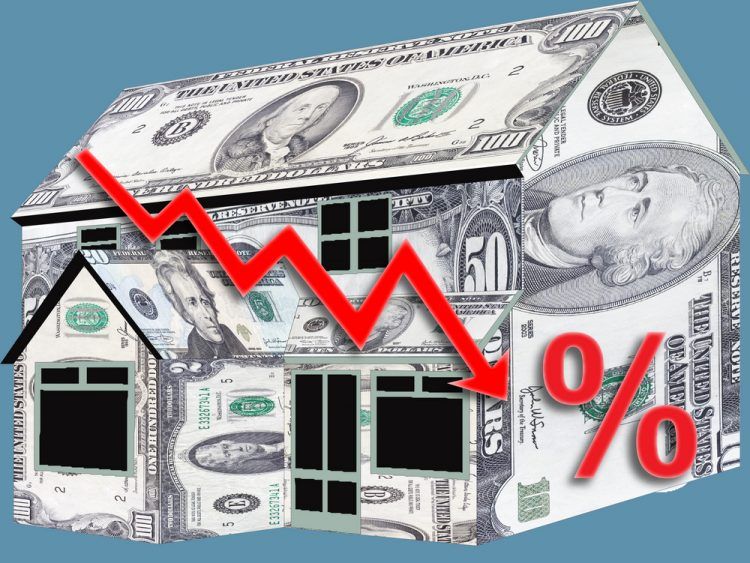 The U.S. real estate market has been on the rise for some time now.  This is partly because of improving numbers in the U.S. economy, and partly because of foreign buyers flocking to the U.S. as a safe economic refuge. However, it should be noted that the situation is not perfect, meaning that there is a chance that the U.S. real estate market will be entering into rougher conditions in the future.  In fact some are predicting another collapse like we saw in 2008-2009 during the housing crisis.  So before you go out there and start buying, make sure you are aware of the latest information.

Here are 10 of the scariest U.S. real estate statistics:

1. By the end of 2015, 406 banks had commercial real estate portfolios that had grown by 50 percent within three years. This is an impressive accomplishment, but it is important to note that it came hand-in-hand with looser underwriting standards, less restrictive lending conditions, and less demand for guarantees from the borrowers. In other words, it seems that more and more banks are replicating the conditions that had contributed so much to the Great Recession. (1)

2. On a related note, more than 180 of the 406 banks managed to more than double their commercial real estate portfolios. This is an even more impressive accomplishment, but also even more problematic because a lot of those banks were small-sized institutions rather than their bigger and better-established counterparts. Something that is troubling because that means they are less able to absorb economic shocks in the event of a economic disaster. (1)

3. Chinese investors have been pouring billions and billions of dollars into the U.S. real estate market. For example, such investors spent $28.6 billion in 2015, which is a significant rise compared to $11.2 billion in 2010, which is when they began flocking to the United States. This is particularly concerning because they are concentrated in a small number of select locations such as San Francisco and New York City, which has sent their real estate prices shooting upwards. (2)

4. On July 22, the British pound fell to about 1.31 of the U.S. dollar, which is a reflection of common sentiment regarding Britain’s economic prospects following Brexit. This seems irrelevant to the U.S. real estate market, but it is important to remember that investors, including real estate investors, flock to safe economic refuges when economic uncertainties abound, with none being safer than the U.S. (2)

5. The effects of both domestic and foreign interest in U.S. real estate properties can be seen in the Bronx and Staten Island, which rose by 35 percent in the first quarter of 2016. Supposedly, this is happening because people have either been priced out of other boroughs or have been selling their homes in those other boroughs in preference for cheaper housing in the Bronx and Staten Island. Even by New York City standards, such a rise is both amazing and more than a little bit concern in light of its implications for the rising demand for real estate properties. (4)

6. In the first quarter of 2016, the U.S. economy grew by 1.1 percent, which is as unimpressive as it sounds. Combined with the current events in the world, it has led to concerns that there could be a slowdown in the U.S. economy, which could have devastating consequences for the U.S. real estate market if U.S. businesses and consumers become less able to afford real estate properties. (5)

7. The median for first-time home buyers with a government-guaranteed mortgage is making a down payment of no more than 3.5 percent on their homes, which means more expensive mortgages, higher chances of them running into trouble, and higher chances of them just walking away if they run into trouble. This is particularly concerning because this is a widespread trend since they make up about 80 to 85 percent of first-time home buyers, which make up about 58 percent of people buying their primary homes. (6)

8. Unfortunately, this is a problem that can’t be blamed on the lack of financial savvy on the part of first-time home buyers. After all, once other home buyers with a government-guaranteed mortgage have been factored in, the figure for the median down payment rises to 5 percent, which is better in comparison but not by much by any objective standard. (6)

9. Relevant authorities believe that home buyers can have a debt-to-income ratio of as high as 43 percent before they run the risk of running into financial problems. In March of 2016, 28 percent of homeowners were above this point. Since 22 percent of homeowners were above this point in 2013, this suggests that the problem is becoming worse and worse rather than getting better, which does not bode well for American homeowners to manage their mortgages along with the rest of their outstanding debts, particularly since even those in a good financial situation can start to struggle if enough of their counterparts cause enough problems to affect the U.S. economy as a whole. (6)

10. Finally, housing prices are rising faster than income, meaning that American consumers are becoming less and less able to afford to buy their own homes. So far, the statistics show that home prices are rising faster than income in two-thirds of U.S. housing markets in 2016. Unsurprisingly, this problem is most serious in urban real estate markets such as San Francisco and New York City, which are popular with not just American consumers but also foreign investors.

With that said, it is important to note that none of these statistics guarantee that the U.S. real estate market will be entering into rougher conditions in the near future. Partly, this is because no market is ever in a perfect situation, and partly, this is because the relevant authorities are monitoring them so that they can step in at the right times to prevent a similar situation to what happened before the Great Recession. However, people who are interested in U.S. real estate properties should make sure to keep a close eye on the situation since that is what will keep them well-informed enough to make the choices that are in their best interest.