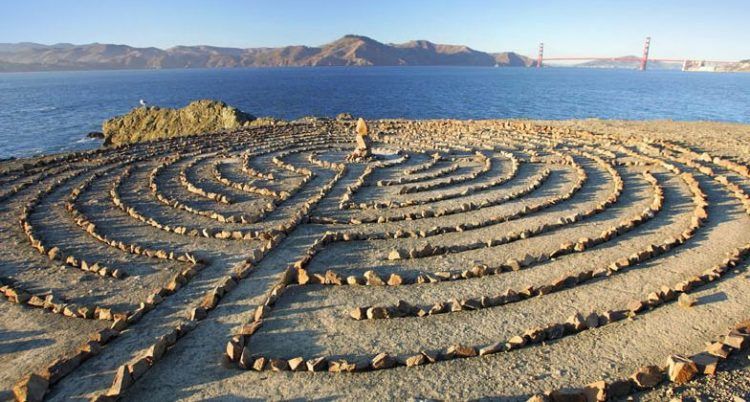 We’ve all heard of the Golden Gate Bridge, Alcatraz, Pier 39, and Chinatown, but there are many more places and things to see in San Francisco that are off the beaten path. Some are either so obscure or unknown that even locals routinely pass by them without even knowing they exist. If you’re looking for something quirky and unique to discover, there’s no shortage of it in this fascinating city. Here are ten San Francisco points of interest that not many people know about. 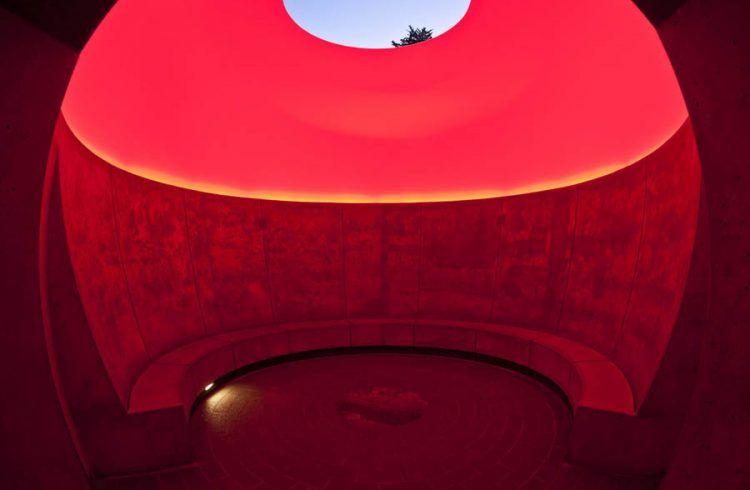 Three Gems is hidden in a grassy mound that’s under a sculpture at the de Young Museum. Created by James Turrell, it’s a place where visitors can go to look at the sky and think on the wonders that it holds. The piece was finished in 2005 and is comprised of concrete that wraps around several viewing spaces. Although it’s hosted inside of a very well known museum, because of its location it doesn’t get much traffic. 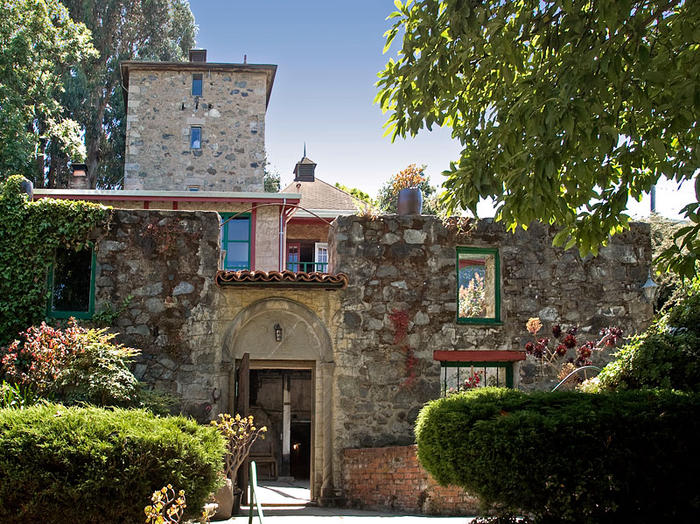 One of the more obscure San Francisco points of interest is a 140 year old castle with a network of underground caves. It was built in 1870 and was meant to hold supplies for a brewery that serviced the city’s saloons. Prohibition put an end to the beer making operation, and then the property became a bottled water manufacturing plant from 1928 to 1947. Eric Higgs, one of the co-founders of CitySearch, bought it in 1998 and it was sold again in 2005 for $2.1 million. It’s changed hands a number of times since then and was most recently sold for less than $1 million in 2011. What’s crazy is that even though tons of people drive by it each day, most have no idea this castle is there.

Land’s End is fairly well known, but few people go all the way to the end of it to see its incredible labyrinth. It was created by San Francisco native Eduardo Aguilera, an artist who was inspired to make the structure after learning about other labyrinths across the planet. He took stone and followed the outline of the traditional seven circuit Chartres labyrinth to complete his creation. It’s a dramatic statement piece, but it’s not the only one that Aguilera has made. He’s also created two other labyrinths in the San Bruno Mountains and Marin headlands. 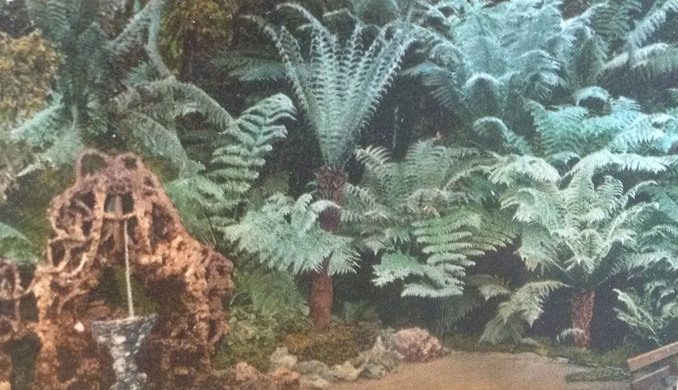 Not far from San Francisco’s Conservatory of Flowers is Mescaline Grove, which contains trees that are native to Oceania and were first planted well over a century ago. Though Australian and New Zealand native plants are an unusual sight in California, the weather in the city has allowed them to thrive. The few who know about the area have been calling it Mescaline Grove since the 1960s, but its official name is Tree Fern Dell. 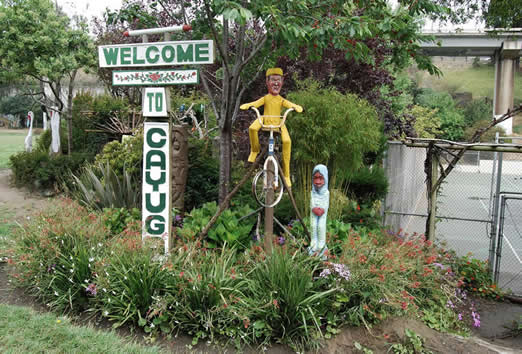 Few know about this area in Cayuga Terrace even though it’s been around for some time. About 20 years ago when the area was at its seediest and most crime ridden height, a man named Demetrio Braceros decided to try and make a difference in the neighborhood. As an emigrant from the Philippines he didn’t have much in the way of resources, but he managed to create a whimsical area with carved statues, totem poles, and other interesting features. The area was supposed to serve as a respite from the worst parts of the area, and it still stands today as one of the most hidden San Francisco points of interest. 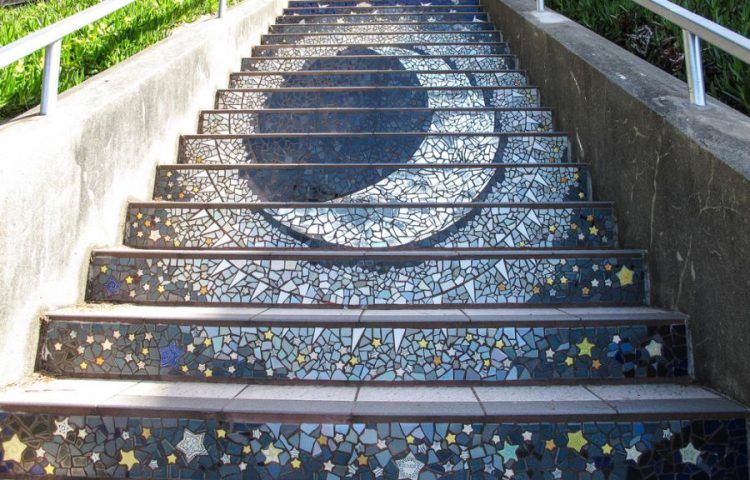 If you can imagine what 163 steps of vibrant and brightly colored mosaic tiles would look like, you’d probably come up with a fantastic mental image. However, such a thing actually exists in San Francisco, although not many tread across it. The project, called the 16th Avenue Staircase, is hidden in the Sunset district and doesn’t draw many visitors. However, it’s a magnificent work of art that’s based on a staircase in Brazil that’s a popular tourist attraction. Ironically, the popularity of this site hasn’t been that great, but that’s not because the staircase doesn’t look impressive.

Most of us know of music instruments that can be played by hand, but one was placed into the ocean and is literally played by the lapping waves. The Wave Organ was built over 30 years ago in 1986 and was created in a partnership between artist Peter Richards and San Francisco’s Exploratorium. The acoustic creation basically amplifies the sound that naturally comes from waves as they hit the Bay, and it’s made of PVC and concrete. Over 20 pipes had to be placed down into the water to construct it, and if you go there you’ll hear what sounds like musical notes coming from the sea. As the tides change, so do the tones that listeners hear. 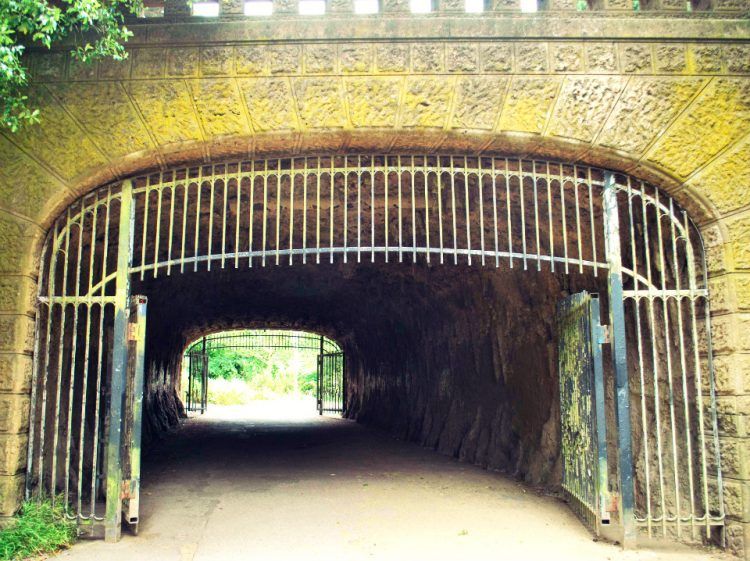 This is one of the most overlooked San Francisco points of interest, but it truly is an incredible engineering feat. Alvord Lake Bridge is noted as being the first reinforced concrete bridge ever constructed in the U.S., and it measures 64 feet wide. Perhaps its over-shone by the Golden Gate Bridge, but this site is packed with history and is a testament to the innovation of its residents. It’s also incredibly well designed — after all, this bridge is one of the few structures to make it through the 1906 earthquake that ravaged the city. It had not one crack or even a scratch afterward, and it still stands firmly today even though it hasn’t had any maintenance.

9. The “Center” of San Francisco Monument 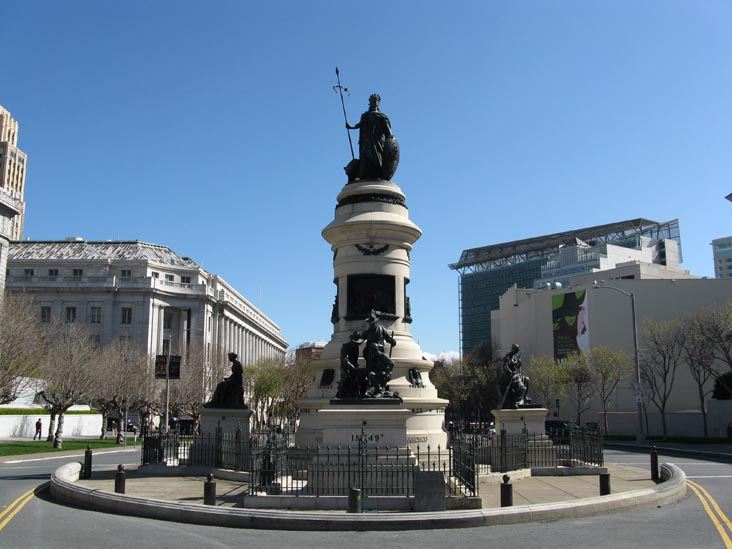 Way back in 1887, a man named Adolph Sutro put a statue in place that has since been withered down to a pediment. Most of it is competently gone, including is plaque, but the story behind it makes the monument well worth a visit. When Sutro placed the statue, he thought he was doing so in the center of the city. However, he was totally wrong and the statue became a forgotten relic of a different time. It was left to crumble, was vandalized several times, and few even know about this once significant landmark in the area. 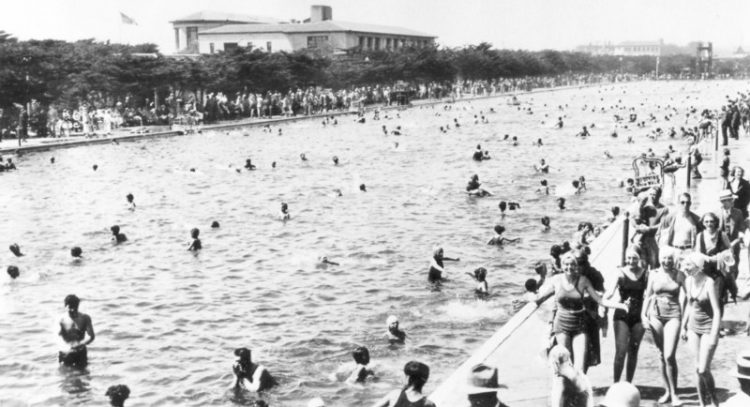 This is another part of the city that’s been nearly wiped out, and only a small piece of it remains. If you were to see what’s left of Fleishhacker Pool, you’d have no idea that it used to be the largest saltwater swimming pool on the face of the earth. To say that it was grand is an understatement, although the style of architecture of what’s left of it reveals a clue. It could hold 6.5 million gallons of water, host 10,000 swimmers at a time, and it was a massive public pool. Much of what remained of the pool burned down in 2012, and demolition afterward left just one fragment of the pool standing.