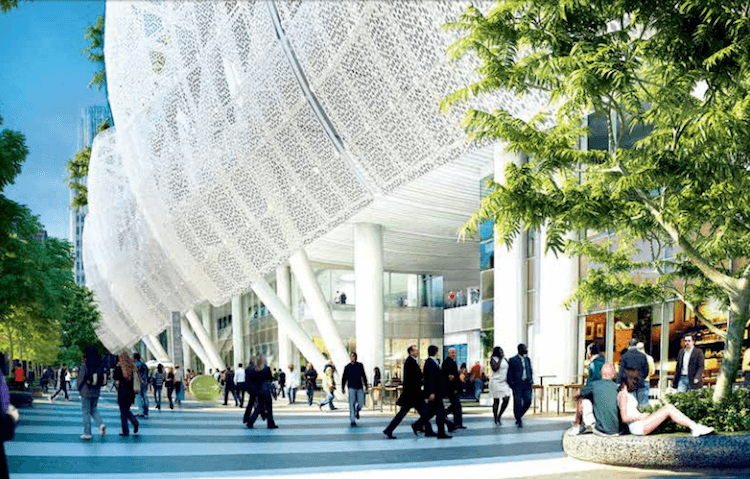 Through a $110 million, 25-year sponsorship deal, Salesforce, the CRM software firm, has officially gained the rights to change the Transbay Transit Center’s name, to the Salesforce Transit Center. The San Francisco tech company can spread their logo and their name across 177 different signs all throughout the entire building.

Ed Reiskin, director of the Municipal Transportation Agency, does not like that the organization has to depend on the sponsorship.

“Unfortunately, we are in a situation where we have to rely on naming rights. I find it distasteful, philosophically, but I get it, logically—every dollar we get privately helps us fulfill our public mission,” Mr. Reiskin said to SFGate.

Within this entire turn of events, Salesforce has now gained the ability to restrict the hours of the attached park, which is being entirely driven by public funding. Residents of the Bay Area are in outrage that the agreement with Salesforce will allow privatized ownership of an open area.

Jane Kim, a San Francisco supervisor, told SFGate does not think that the agency should not have to request Salesforce’s written permission to change the rooftop park’s closing hours.

“I can’t support that Salesforce has a say over public hours in a public park,” Ms. Kim said. “That is completely unreasonable. I don’t think any amount of money should give them that right.”

“San Francisco has been home to Salesforce since our founding in 1999,” Salesforce released in a statement. “As the city’s largest technology employer, we are deeply committed to making this city a better place for all its residents and visitors. We’re happy to grow our commitment to the city with Salesforce Transit Center and Salesforce Park, which will provide better access to and from San Francisco, and a sprawling public park for all to enjoy. Salesforce continues to be aligned with the city on investing in all public interest, and we look forward to the opportunity to further discuss this important partnership.”

This sponsorship deal includes an upfront payment of $9.1 million at the beginning or bus services, expected to begin sometime next spring. Annual payments will start from $3.28 million within the parameter of the fourth year of operations. With over $20 million in estimated maintenance costs and security-related funding expected on an annual basis, they are expecting that their new, well-oiled machine—accessed mainly through Mission and Fremont streets—will operate efficiently over the course of this 25-year sponsorship deal.