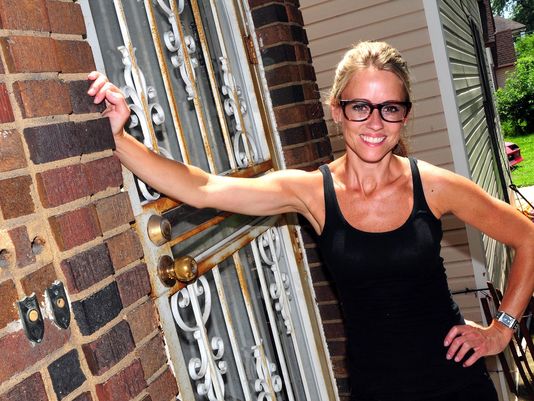 If you have ever tuned into HGTV, you have probably come across Rehab Addict. The show follows adorable Nicole Curtis as she rehabs dilapidated houses that are long past their prime into beautiful homes. By the end of each episode, she (and her crew) have managed to transform a boring and neglected room into one that is absolutely amazing, yet maintains a lot of its original charm.

While Rehab Addict is pretty straightforward and Nicole seems to share a lot about herself with viewers, there is actually quite a bit you probably don’t know about her. For instance, did you know that her 40th birthday is fast approaching?  She’s currently 38 years old. (She doesn’t look it, does she?) In all actuality there is a lot you probably don’t know the show or its star (and producer). Of course, that is about to change.

Here are 20 things you didn’t know about Rehab Addict and Nicole Curtis. 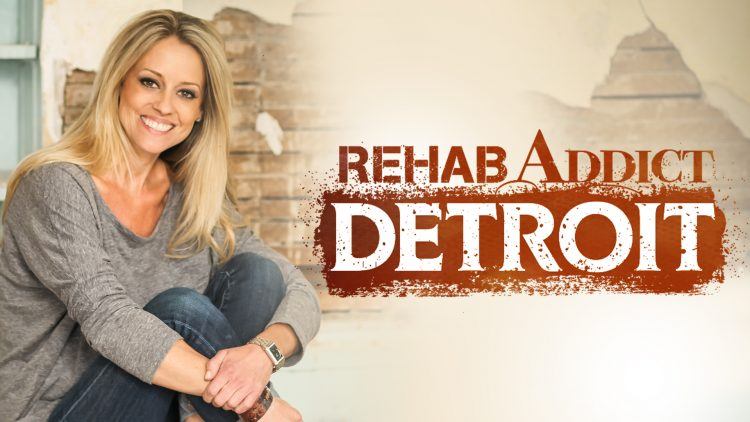 1. First things first, she is a VERY private person.

While scouring the internet for little known facts about Nicole Curtis, one thing becomes clear very quickly. She prefers to keep her personal life private. Sure, we’ve seen her teenage son on the show, but she has another child (more about that below). Plus, even though she appears to be single and is often referred to as a single mom on the show, there is some evidence that she is married. 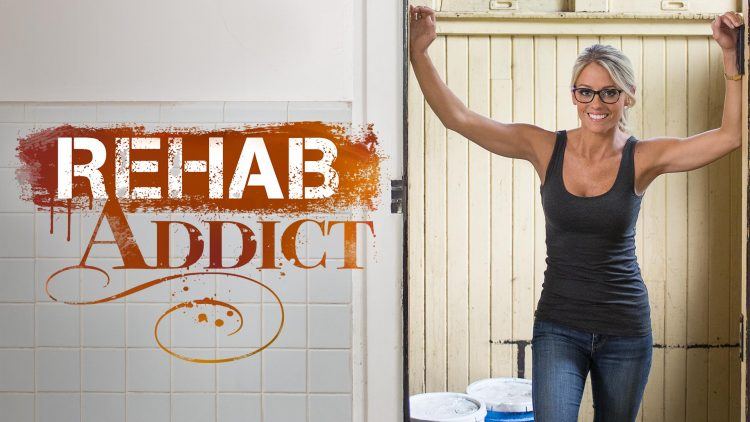 2. Yes, she does have another child.

During season 6, there were several episodes where Nicole appeared to be pregnant, though she never addressed it on the show. In fact, she was pregnant, a fact she confirmed in July 2015. (It was also really obvious when she appeared on HGTV’s Beach Flip, which aired during the summer of 2015.) While she never publicly confirmed that she gave birth, she has referenced a baby in a couple of Facebook posts and was back down to her tiny frame when season 7 started filming. Essentially, she has a second child. When, whether it is a boy or girl , and what its name is completely up in the air. The same applies to who the baby’s father is. However, rumor has it that the baby is a girl. 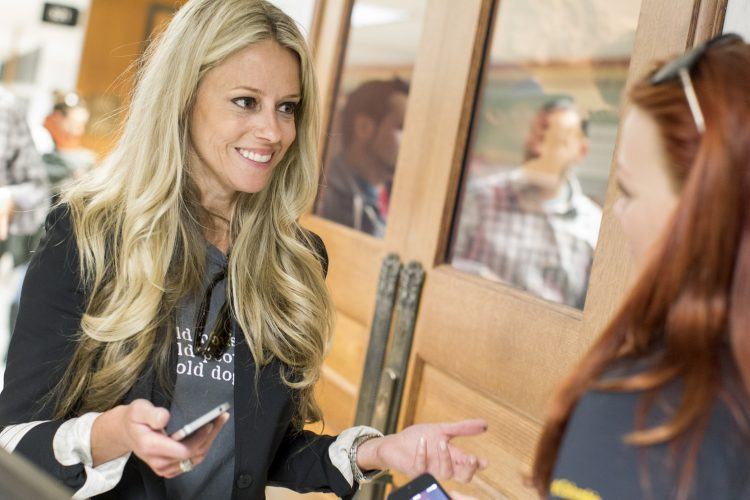 This is where her desire for privacy makes things a bit confusing. She was definitely married in the past to Steve Lane (her son, Ethan’s father), but they have been divorced for quite some time. According to an article in Closer Weekly, she got married in 2012, though she will not reveal her husband’s name. There is a lot of conjecture on the internet about her possible spouse and his name, but there is nothing that has been confirmed to be true. As a result, we will just say that she’s married…maybe. 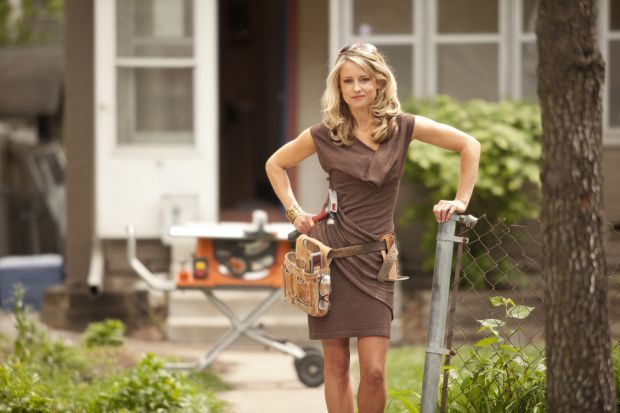 4. When it comes to the show, the furniture you see almost always sells with the house.

While the furniture you see in a number of home reveals on some HGTV shows (for example, Fixer Upper) doesn’t actually remain in the house after the cameras stop rolling, this is not the case on Rehab Addict. Nicole Curtis has said that the furniture usually stays in the home, unless there is a piece she absolutely loves and can’t bear to part with. On a side note, every home she rehabs has an American flag prominently placed out front and it comes with the house. 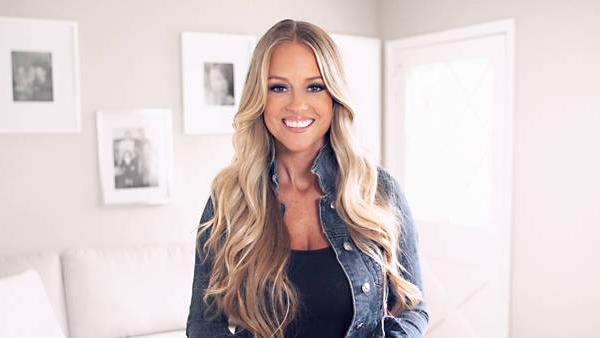 You read that right. In 2012, Nicole purchased a property located at 3049 Third Ave. S. in Minneapolis, MN for just $1. As an added bonus, the home even came with appliances, though maggots lived in the refrigerator and cockroaches called the stove home. In exchange for those four quarters, she got a 1305 sq. ft. single family home with 3 bedrooms and 1.5 bathrooms. Of course, the basement walls were caving in and the whole thing was a mess, but still, it was just a $1. After a ton of work (and around $100,000), Nicole completely rehabbed the home and sold it for $150,000 on November 7, 2012, according to Zillow. 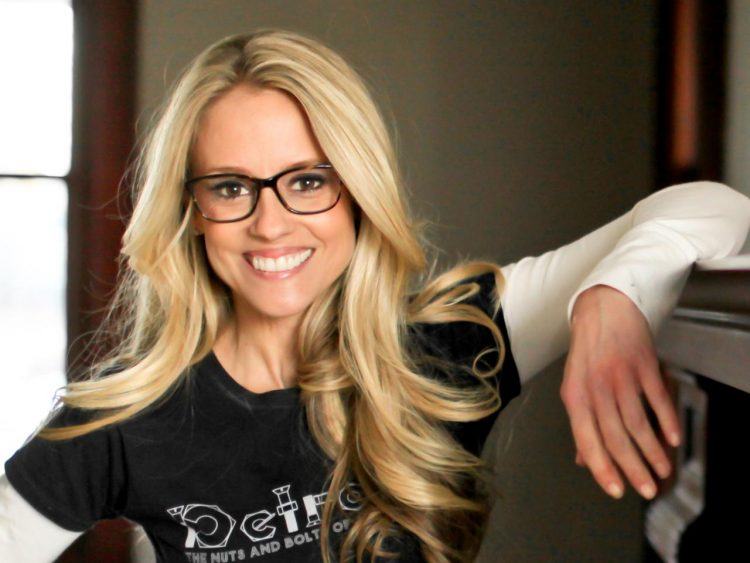 6. She started her own home and office cleaning business. 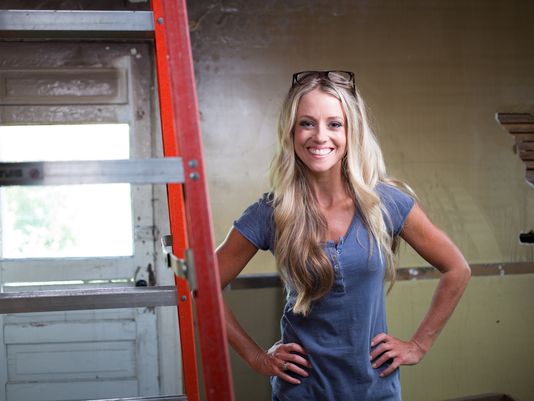 Since 2009, Nicole has had a license to sell real estate in Minnesota. According to her LinkedIn page, she is still an agent with Keller Williams Integrity Reality in the Greater Minneapolis- St. Paul area. 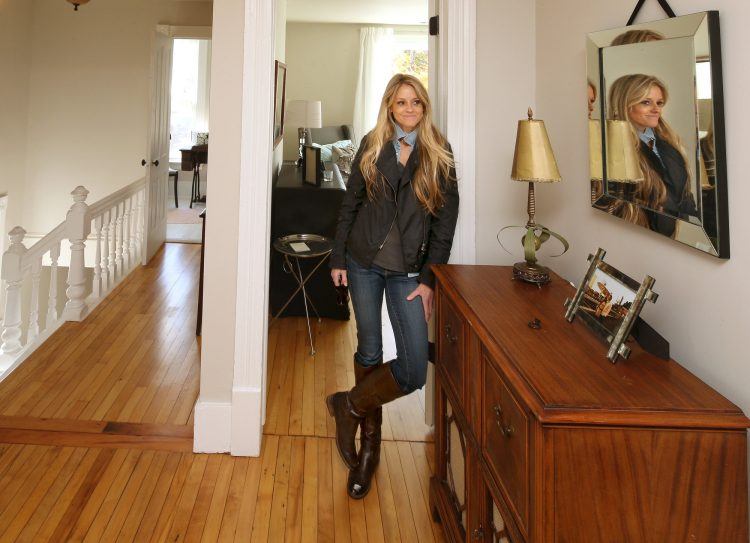 8. The picture used on her real estate webpage is what caught the attention of DIY Network and started her reality TV career.

Apparently, the DIY Network was searching for a real estate agent in the Minneapolis area when they ran across Nicole’s photo in 2009. From there, they contacted her and things started moving fast. In 2010, Rehab Addict made its debut on the DIY Network. In 2014, the show moved to HGTV and became part of the channel’s prime time schedule. In May 2016, season 8 wrapped up. So far, there is no word on what is going on with season 9. 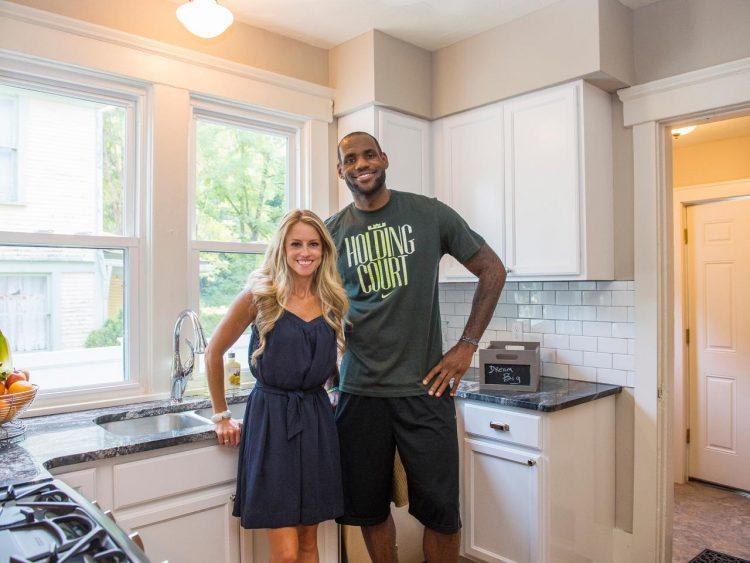 9. She wasn’t automatically sold on the idea of her own show when the DIY Network first approached her.

According to Steven Lerner, senior VP of original programming and development for DIY Network and HGTV, “It was hard to convince her. We had to ask, “Can we follow you and not disrupt your life too much?” After thinking it over, she agreed, but under the condition that the show would not sugarcoat the rehab process. She has said, “I wanted to keep it raw and real.” 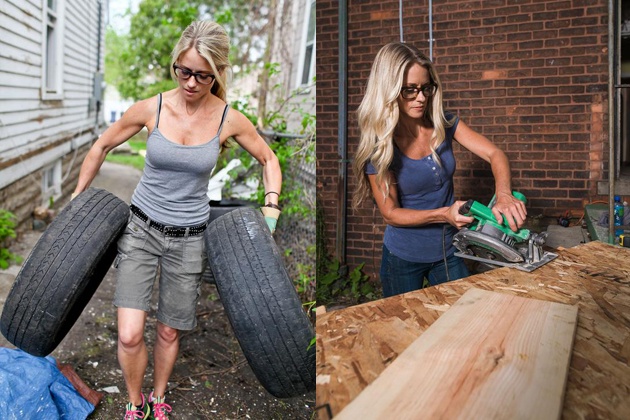 10. She doesn’t exaggerate her love of old homes for the show. She truly loves them and thinks they should all be restored to their original glory.

In 2013, the city of Minneapolis condemned an old mansion on Park Avenue and ordered that it be torn down. Nicole was horrified, according to a 2015 interview she did with the Star Tribune (a Minneapolis based newspaper). On demolition day, she arrived at the home and stood inside of it, even after the demo had started. The cops were eventually called and she was removed from the house, but she “spent five hours in the cold, bawling” as the house came down. Afterwards, she deemed the event “a pivotal moment in my life” and decided to take a step back after realizing people probably viewed her as “a crazy lady.” That being said, she is still addicted to rehabbing homes. 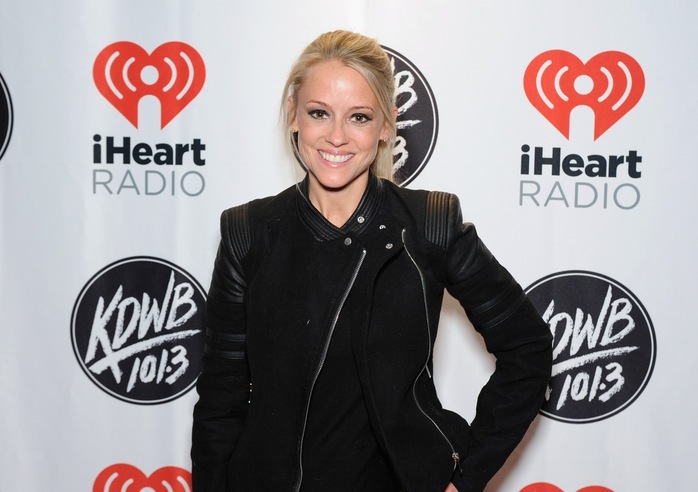 11. She is not afraid to let her feelings be known.

Sure, Nicole is tiny, perky, and just overall cute, but this doesn’t mean she is a pushover who keeps quiet. In 2015, she was involved in a bit of a sparring match with Lisa Bender, the mayor of Minneapolis, over the demolition of a Minneapolis home known as “The Orth.” She protested the demolition, but was unsuccessful. After the house was torn down, she turned to Facebook to vent, writing:

“Lisa Bender, congrats! You won-you proved yourself to be a destroyer of history and capable of talking out of both sides of your mouth, and then some. I'm sorry-did you want to know how I really feel;)) and demo is never green."

By the way, she has criticized the media on several different occasions for a variety of things. 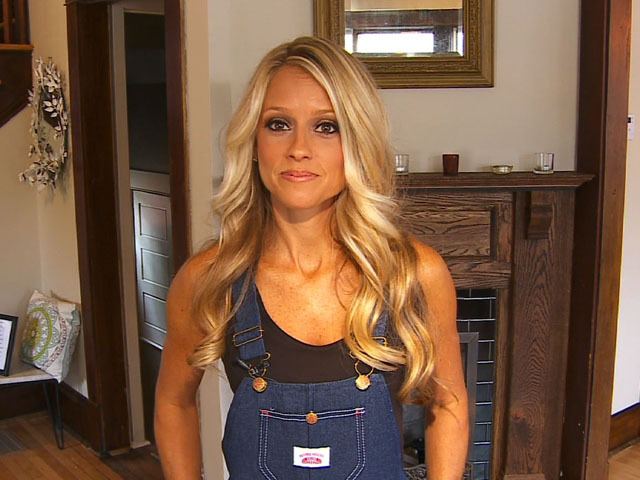 12. On a lighter note, she swears her flowing blond locks are real.

Apparently, quite a few people have questioned whether or not Nicole's hair is her own or just high quality extensions, which is why she felt the need to tell her Facebook followers that her hair is all her own and not fake. 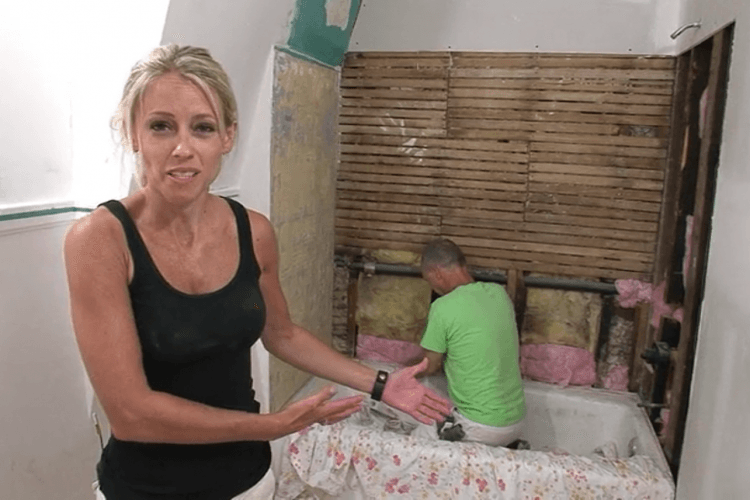 13. She got her love of rehabbing from her family, especially her father.

In an interview with Minnesota Monthly, Nicole reported that her dad was a history enthusiast, who started her restoring furniture at a young age. Her family ran a “garbage business” and would spend the weekend driving around neighborhoods, “picking up stuff people didn’t want.” 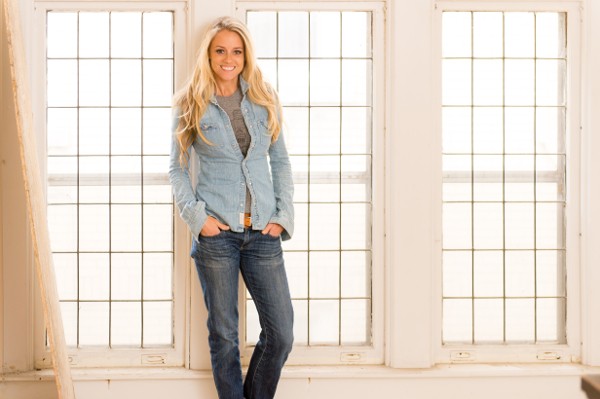 14. Originally, she wanted to become a lawyer.

After graduating from Lake Orion High School in Lake Orion, Michigan in 1994, Nicole headed off to college in Florida with dreams of becoming a lawyer. Before too long, she had decided to change her major to early childhood education. However, she quit college all together just prior to graduating in order to focus on her cleaning business. Eventually, she became a realtor. 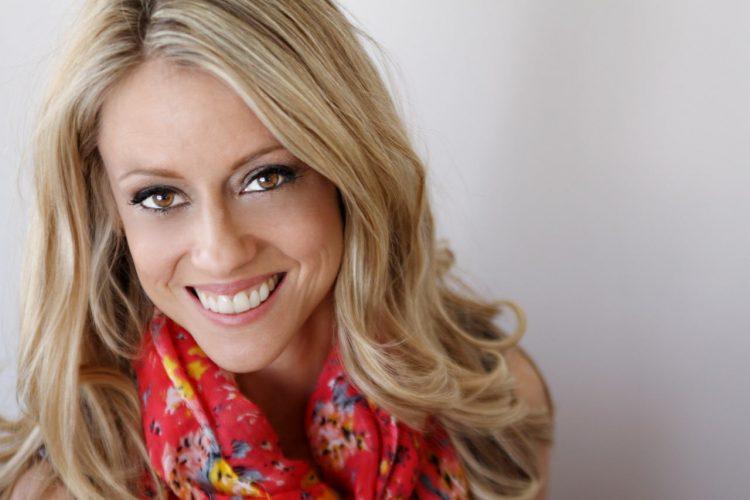 15. Although she was once a struggling single mom who was living paycheck to paycheck, this is no longer the case.

While it should come as no surprise that Nicole is not exactly forthcoming with details about her financial situation, her net worth is estimated to be around $5 million, according to www.celebritynetworth.com. However, it is hard to say just how accurate this figure is. One thing is for sure. Nicole will not be telling us anytime soon. 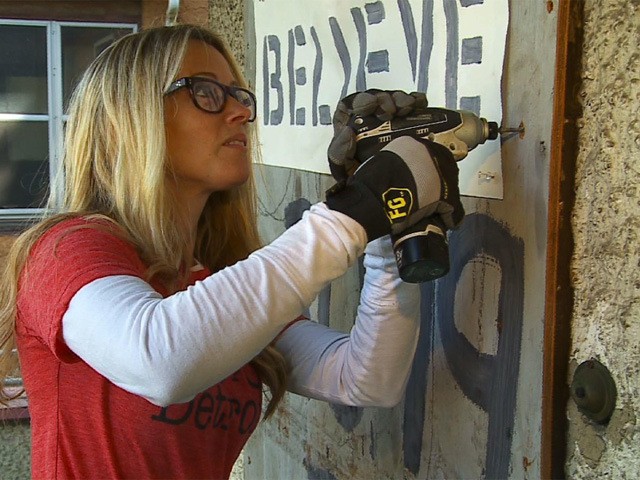 Nicole does have a small tattoo on her right shoulder blade, but it is virtually impossible to tell what it is because it is located where her bra strap is always covering it. That being said internet detectives have narrowed it down to a butterfly, bat, or scorpion’s tattoo. 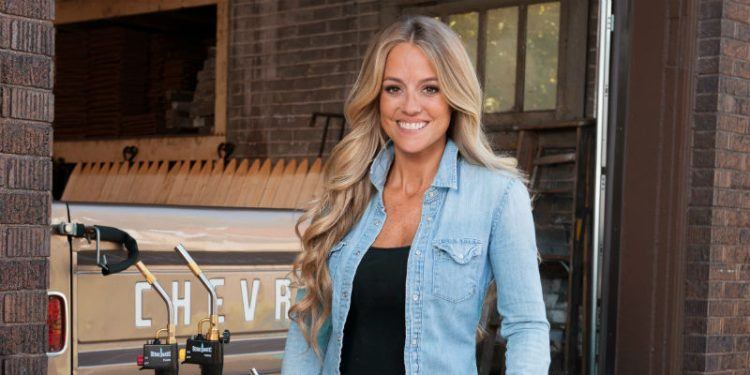 In several Twitter posts, Nicole has talked about her love of doing work out in the yard, particularly mowing the grass. She also loves planting flowers and essentially doing anything that makes a yard look beautiful. 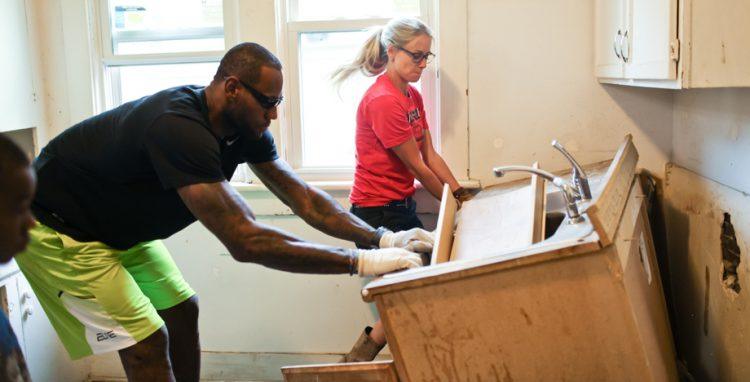 18. In addition to rescuing old homes, she also rescues dogs.

It should come as no big surprise that Nicole is not all that fond of the newest, designer dogs. Instead, she prefers a good old fashioned mutt of undeterminable heritage. Currently, she is the proud mom of Lucy and Max, both rescue dogs. 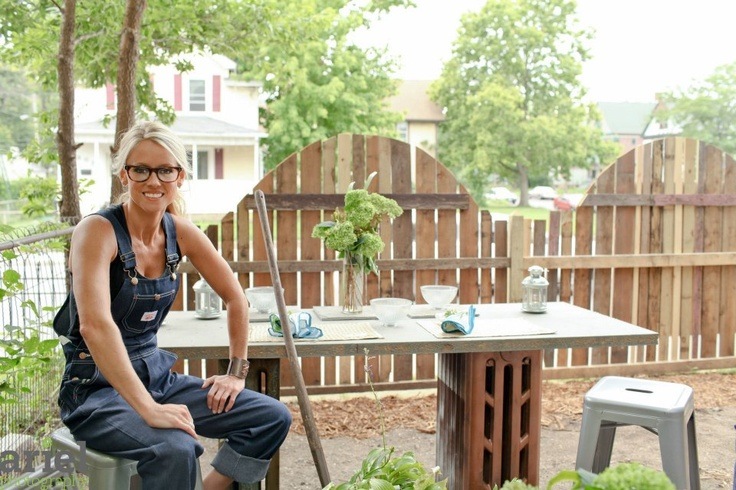 19. She bought her first home when she was just old enough to qualify for a home loan. That’s right, Nicole was 18.

Nicole bought her first home, a 1945 ranch that she has described as very ugly, in Tampa, Florida for just $52,000 via a land contract, according an article in Country Living. To make her monthly payment of $596.42, she waited tables and sold cell phone contracts, while also attending school. 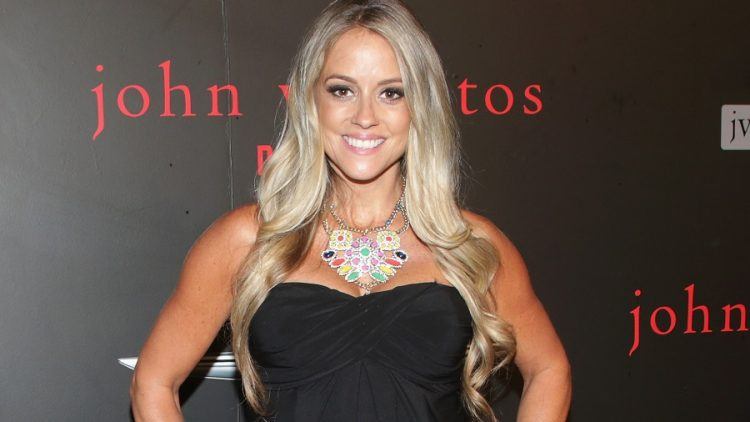 20. She bought her grandparent’s Michigan farm.

When her grandparent’s farm was sold in 2000, she was devastated and, having just had her son and still being in school, definitely not in any financial situation where she could buy it herself. Her grandparents built it themselves in 1956 and she had spent a good bit of her childhood there. In fact, she posted on Facebook that her “Gramps” had taught her all kinds of skills there including how to drive a tractor, how to power wash, and the trick to cement mixing and concrete pouring. In 2014, she found out the property was back on the market and she purchased it herself. In fact, season 7 of Rehab Addict was focused on her work rehabbing and restoring the home.