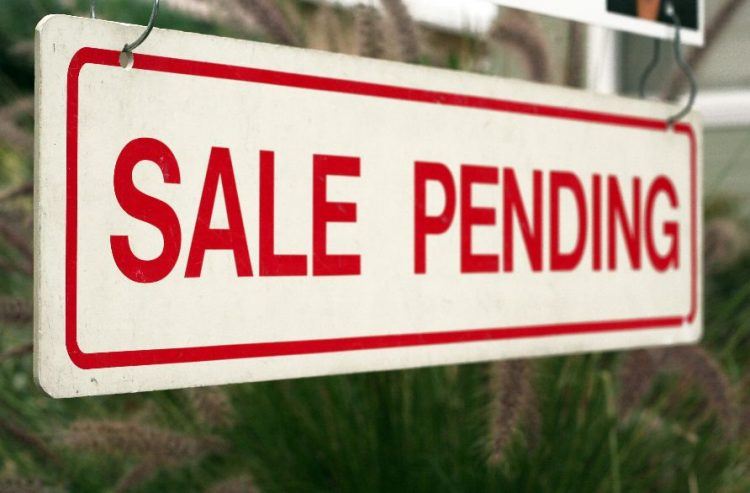 In many ways, the Month of November brought with it optimism and improved performance through a number of industries. A substantial portion of this consumer enthusiasm has been credited to the election of Donald Trump as the next president of the United States — in what is becoming known as Trump Bump. However, the Trump Bump that was expected to materialize in the housing market did not show itself in the area of signed contracts that represent pending home sales. In fact, the month of November recorded a decline of 2.5 percent in the area of pending home sales across the nation.

According to most experts, the primary influence on this decline is the introduction of higher mortgage rates. This 2.5 percent decline comes on the heels of a prediction by industry analyst that there would actually be an increase of nearly a half of one percent. Actually, the latest decline places the current index is 0.4 percent lower than it was the same time last year.

In addition to the rising mortgage rates, the lack of available homes is also an influencing factor. While those homes that are selling are generally sold at or above asking price, there are simply not enough homes to meet the demand. The diminished inventory has potential home sellers reluctant to put their homes up for sale out of fear of not being able to find a replacement home in time. Additionally, the rising mortgage rates have potential sellers pondering the difficulty of securing new mortgage rates that will be as low as the ones they currently have. The combination of higher rates and fewer homes has placed a lot of sellers in a holding pattern — with no end in sight.

The fact that buyers are currently faced with a complex dilemma, in which home prices are steadily climbing across the nation, in addition to higher mortgage rates, has resulted in fewer home shoppers being able to put properties under contract.

As prices continue to rise, affordability is definitely becoming an increasing concern; however, many economists are optimistic that continued strong job growth the tight supply could continue to cause the housing prices to rise over the foreseeable future.

While the nation is experiencing a collective decline in pending sales, there are some local areas that are expecting things to turn around in the coming year. The vice president of lending at Bay Capital Mortgage, Tolbert Rowe, has iterated that he expects the sales in the area he serves in rural Maryland to increase over the next year. The logic that supports his optimism is related to the fact that many people in the area are experiencing significant increases in rent. As rental prices rise, it is likely that many renters will look to enter into the housing market in order to justify their high monthly payments with ownership. It is not clear exactly how this new surge in buyers will be accommodated with it already being a deficiency in inventory. There are still limited places on the Eastern Seaboard in which a home can be purchased with mortgage payments that are comparable to existing rent payments. In some cases, it is even possible to acquire mortgage payments that are actually less than rent payments in the area.

Experts believe that these existing pockets of affordable housing will remain intact as long as mortgage rates can be kept in the 4.5 percent range or less.

As of now, experts do not have any short solutions for the problem in declining home sales. To say that the decline experienced during November has proven to be a disappointment would be a gross understatement. With the momentum that the presidential election had provided to the national economy, in general, it is somewhat deflating that the enthusiasm has not carried over into the housing market.

While current homeowners are experiencing record increases in the value of their homes, it is likely that even those who would like to sale to cash in on the increased value will be forced to second guess the move. A substantial amount of homes that are being sold are selling at or above the asking price; however, the fact that there is not enough homes to meet the demand means that selling your home could leave you without a place of your own. Most homeowners are simply not willing to take that risk.

One temporary solution to the problem in the short-term is to find ways to lower mortgage rates, which is not likely, with the raised interest rates by the Federal Reserve. Lowered interest rates would provide the relief necessary to lower mortgage payments, easing the concern about affordability. However, it does not solve the bigger problem of a diminished inventory. Based on the current available data, the decline in pending home sales will likely continue in the foreseeable future.

It is not clear if the construction of new homes will pick up any time soon. It is likely that contractors and developers may sit tight during the first couple of quarters of the new administration to observe how things play out. While the optimism associated with President Elect Trump is extremely high, it does not take but one major geopolitical occurrence to completely shift the overall climate to one of pessimism. Real estate professionals and active homebuyers will have to continue to execute remarkable patience and due diligence to work their way through this tight market. It is needless to say that 2017 will be an interesting year for the housing market.