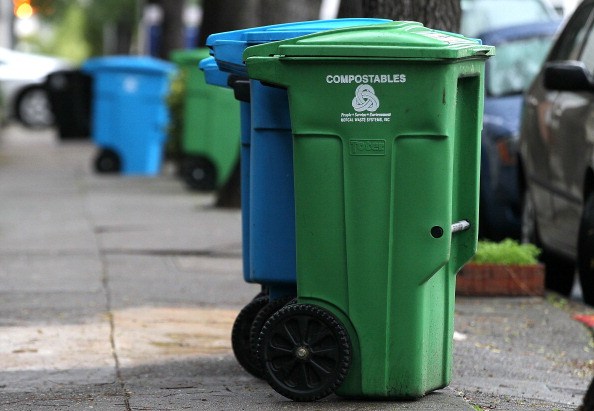 Your garbage can serves an important but rather unpleasant function for your household. As a result, you need to exercise considerable care and caution when it comes to how you use your garbage can because that will ensure not just efficient and effective waste disposal but also that you will not have to come into contact with messes, smells, and the other consequences of misplaced garbage.

You should make sure to follow these 10 rules when using your garbage can:

You have a choice between using either brand-name garbage bags or their unnamed counterparts. Generally speaking, the former costs more, but the latter have higher chances of breaking while in use. As a result, if you want to avoid having to clean up a serious mess in your garbage can from time to time, you should make sure to use garbage bags that you know you can count on.

The smell is one of the biggest complaints when it comes to garbage cans. Fortunately, there are a number of methods that can be used to fight bad odors. For example, some people recommend sprinkling baking soda onto the garbage responsible for producing such odors, which should serve to soak up some of the smell. In contrast, other people recommend using pet litter, which serves a similar function.

3. Clean On a Regular Basis

You can clean your garbage can from time to time to minimize its smell as much as possible. This is particularly true because cleaning on a regular basis actually takes less time and effort than cleaning on rare occasions. After all, if you make sure to do it often, there will be less to clean up in each session, meaning that it will be short and simple. In contrast, if you procrastinate, you can expect more to do in each session, which is likely to drain away your determination like nothing else.

4. Drill Holes on the Bottom

For garbage cans that will be used outside, it might not be a bad idea to have holes drilled in their bottom. This way, they can drain the water on their own whenever you wash them out, which can save you a fair amount of time and effort from having to dump dirty water on your own. However, make sure that the holes are on the bottom because holes at other locations can encourage pests to make their way into your garbage, which is never a good thing.

5. Clean Up Messes As Soon As Possible

Even the best precautions can fail, meaning that you need to be prepared for the possibility that your garbage can might have a mess in it that needs to be cleaned up one day. Instead of holding off on it as long as possible, you should make sure to clean up as soon as possible to minimize the time and effort that it will take out of you. After all, no matter how bad the mess might be, it is bound to be worse once it has become contaminated with bacteria and who knows what else.

6. Use a Wheeled Model

The garbage can might be a tried-and-true design, but there is always room for improvement. For example, if you are finding your garbage can either too awkward or too heavy, you should consider getting a wheeled model. This way, everyone in your household will be able to move your garbage can around with ease without running the risk of either letting it fall or mishandling it in some other manner. Something that is particularly important for households with members with mobility issues that can impair their day-to-day function.

Recycling is important. In part, this is because recycling reduces the consumption of scarce resources, thus serving to protect the planet while also preserving it for the sake of future generations. However, it should also be noted that more recycling means less waste being put in garbage cans, thus making them that much less unpleasant as well as that much easier to handle.

On a related note, if you can spare some time and effort, you should make sure to compost your organic waste instead of tossing it into your garbage can. After all, compost is an excellent soil amendment, meaning that it can prove rather useful if you are the kind of person who likes to grow things in your spare time. However, even if you are not interested in gardening, you should know that composting removes the waste that is likeliest to rot and start emitting bad odors, meaning that it can make your garbage can that much more bearable to use.

9. Keep Your Garbage Can Closed When Not In Use

You should make sure that your garbage can is closed whenever you are not using it. This is because there are all sorts of pests that might be interested in rummaging through your garbage, which can be particularly irritating when their activities create a mess by causing your garbage bag to break in the process. By keeping your garbage can closed whenever you are not using it, you make it harder for them to get into your garbage, though it should be noted that some species are much more capable of bypassing such measures than others. Fortunately, there are also solutions to those problems in the form of stronger locks, more secure mechanisms, and the like.

10. Be Careful About Placement

There is no best place to put a garbage can because there are a number of factors that should be considered. For example, if you are having pest problems, you should consider bringing your garbage can into your garage instead of leaving it outside in order to eliminate a source of temptation. However, if your garage is not fully-sealed, you might want to leave your garage can outside anyways because you don’t want to bring ants, rodents, and other pests into your home. Ultimately, where you put your garbage can should be up to you because you are the one in the best position to understand your particular needs and circumstances.