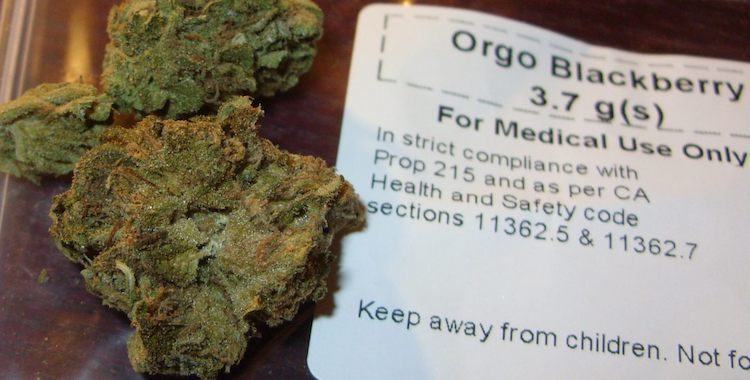 Research suggests that cannabis may prove to be an exit drug people use to stop abusing dangerous opioid substances.

Less people get hospitalized for opioid abuse in states where medical cannabis is legal, according to a recent study, published in the journal Drug and Alcohol Dependence.

The researchers tallied hospital discharges between 1997–2014 documented on state-level annual administrative records that were retrieved from State Inpatient Databases (SID). The databases – funded by the Agency for Healthcare Research and Quality – archive about 97 percent of all hospital discharges in each participating state.

Discharge records for 27 states were included in the study.

The databases did not include hospital discharges in Alaska, Alabama, Connecticut, District of Columbia (Washington D.C.), Delaware, Georgia, Idaho, Louisiana, Mississippi, Montana, Ohio, Pennsylvania, South Dakota, and Virginia. These 13 states and Washington D.C. did not archive their records with the SID as of 2014. California, Illinois, Maine, Maryland, Massachusetts, Minnesota, Nevada, New Hampshire, New Mexico, and New York were also excluded from the study because the SID did not contain full-year observations of those states’ hospital discharges before or after medical cannabis was legalized.

Hospitalizations caused by cannabis use did not increase in states with medical cannabis legalization policies.

The author of this study, Yuyan Shi Ph.D., who is an assistant professor of family medicine and public health at the University of California in San Diego, concluded that the findings substantiated other studies suggesting that cannabis use may be a plausible strategy to alleviate the opioid epidemic.

Some government officials doubt that cannabis can stop opiate abuse.

“I reject the idea that America will be a better place if marijuana is sold in every corner store,” Mr. Sessions said. “And I am astonished to hear people suggest that we can solve our heroin crisis by legalizing marijuana – so people can trade one life-wrecking dependency for another that’s only slightly less awful. Our nation needs to say clearly once again that using drugs will destroy your life.”

Dr. Shi wrote that although the study does not definitively prove that cannabis is the best solution to stop opioid abuse, its findings should foster further analysis.

“It is still premature to advocate medical marijuana legalization as a strategy to curb the OPR abuse and overdose epidemic, but the policymakers should take into consideration these positive unintended consequences while legalizing medical marijuana,” the article reads. “The findings presented in this study merit further investigations especially those to understand the causal pathways.”