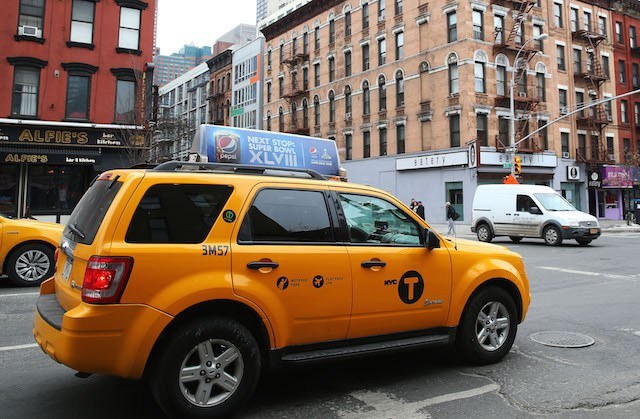 What do you do if your fiancee lives 300 miles away and you want to surprise her for her birthday?  One man, John Williams Jr., 35, from NYC decided to take a cab the entire way.   So the man packs up his chidren, gets them in the car and more than likely says something to the driver along the lines of “take me to Uniontown, PA!”  We don’t know his exact words but you’d have to think given how impulsive this way that it went down like that.

The cab driver obviously must have kept his mouth shut because off they went all the way to Pennsylvania.  There was only one hitch.  After they arrived in Uniontown, the driver received some bad news.  The man didn’t have any money to pay the $749 fare.

The taxi driver called the police and Williams tells them his credit card is “maxed out for the day.” The cops then lock him up for theft of services and we hear he’s still in jail because no one could post the $2,500 bail.  His children are in custody and waiting for his July 7th hearing.

We have absolutely no idea what the fiancee has said or is thinking right now.  Most likely, “I’m not marrying this guy.”