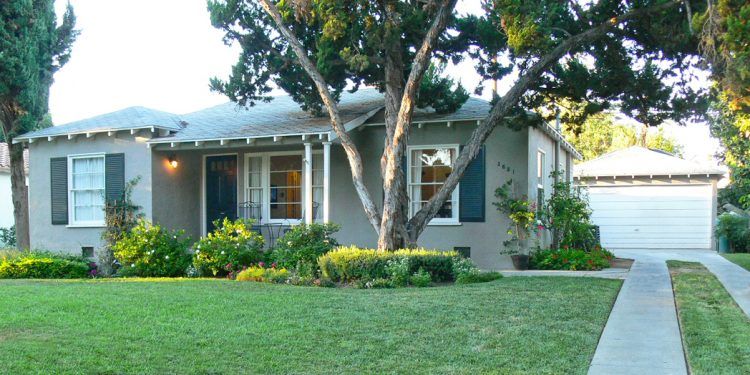 Though Riverside’s history as an American city truly began when it was founded in 1870 as a colony in California. Developer John W. North is credited with purchasing land in the area to promote its development. He was from New York State, and an abolitionist. Because Riverside was said to be Republican and tended toward the temperance movement, the four saloons which once were located there moved out when their license fees were raised significantly.

Riverside came to fame first for its citrus industry after three Brazilian naval orange trees were planted there and propelled the navel orange business rapidly. Half of the more than 500 thousand citrus trees growing in the state of California in 1882 were located in Riverside. The city prospered as refrigerated railroad cars and successful modern irrigation systems established oranges and the city’s position as the richest of the United States in 1895. As a result, manufacturers, developers and residents moved to the city and due to its notoriously hot summer climates, many were drawn to the area to rest and improve their health in the dry desert climate. By 1918, March Air Force Base was founded there and aerospace and technology was added to the city’s economy.

Access to land and warm weather continued to attract investors, entrepreneurs, vacationers, workers, and those who sought better health in the dry climate or escape from cold winter climates. Proximity to Los Angeles and coastal cities of Orange County brought Riverside fame and fortune. At times, both of these led to a poor reputation for the city.

In the late 1950s and early 1960s, Riverside, California was considered by many Los Angeles travelers as simply a convenient stop between Los Angeles and Palm Springs. The city suffered from its reputation as both the capital of the newly coined “Inland Empire” and as the state’s “smog belt”. Not only were the year-round temperatures capable of reaching the 90 to 100 degrees Fahrenheit during the days, but it was known to be one of the most polluted cities in the United States. Due to the prevailing wind patterns, pollutants from the Los Angeles Basin, the Ports of Los Angeles and Long Beach and the enormous number of Southern California vehicles were pushed into the Riverside area and collected by the mountains surrounding the city. Property prices were lower, city growth suffered and Riverside remained a place to live and commute to work from when other Southern California cities were financially out of reach for the average worker.

Though citrus as an industry is in decline in the city, other industries are on the rise. The city came together in 2009 to create a plan for moving the city forward into the future. The city thinkers decided to seize opportunity and create a city destiny, taking on the job of becoming the City of Arts & Innovation. Their 2009 guide was a catalyst for moving forward, and now the city is focused on continuing its reputation as a city of scholastic, artistic, and athletic choice.

Riverside is also a city of neighborhoods. There are actually 28 of them within the city, and residents work to make their neighborhoods positive places to live and raise families.

Wood Streets is one of these close-knit residential areas, and it is designated as a Historic District within the City. It is actually a collection of subdivisions with an area of approximately one square mile containing residences built from around 1913 to 1940. It has significant importance to Southern California because it reflects the history of typical Southern California architectural styles during those years. The original street furnishings, driveways and sidewalks are intact, which is unique in Southern California. Architectural styles represented include wonderful examples of Colonial Revival, Craftsman, Tudor Revival and Spanish Colonial Revival.

Due to the original citrus industry the Wood Streets area was filled with orange groves. Then, Tequesquite Arroyo was filled in 1913 and Magnolia Avenue could be connected to downtown. This improvement made the area attractive for residential development. Dr. Edward H. Wood developed the area, naming the first street Homewood Court. This was the first of many streets named after the developer such as:

Riverside City College is situated at the north end of this historic district. It is a junior college which has the distinction of being the eighth oldest in California. Other fine educational institutions include the University of California Riverside, La Sierra University, California School for the Deaf, and California Baptist University. But home buyers drawn to the district seek out the enclave because of its reputation for high end architectural amenities, such as hardwood floors, mullioned windows, coved ceilings, French doors and built-in bookcases. Homes in the area are custom built, and in the pricey Southern California real estate market, still considered affordable, when compared with the skyrocketing prices all over the region.

Home prices in Wood Streets have been steadily rising since 2012. A four bedroom, two bath, 2,380 square foot ranch style home built in 1956 was recently listed with Trulia for $495,000, at $208 per square foot. In 2004, this home sold for $350,000. According to Trulia statistics, the median age in the area is 50, 46% are married, 40% of residents are college graduates, and State Farm’s sponsored Google crime map notes that this is a Safer area when considering crime risk.

Wood Streets has its own Historic Woods Streets Association comprised of about 300 homes within the historic area. The association’s goals are to collectively communicate and speak in a unified voice to maintain the high quality of neighborhood life enjoyed within the district, while ensuring that all members and their homes are safe and secure. The Neighbors of the Wood Streets was also established so that Woods Streets residents could collaborate to achieve positive goals in the community. They have a mission statement that their community is inclusive regardless of Homeowner or Renter status, Race or Age, Length of residency in the district, Physical Disability, Sexual orientation or socio-economic status. They support and produce numerous activities over the course of the year, and participate in meetings and dialogue about how the Woods Street community might engage in reaching the overall goals of Riverside.

With the easy proximity of downtown that Wood Streets enjoys, comes the opportunity for residents to enjoy new city developments such as the Mess Hall on Market, which was approved in October 2016, and is expected to open in November of 2017. The Riverside City Council gave the project the go-ahead so that food entrepreneurs, established restaurateurs and Riverside City College Culinary Arts Academy students will have individual spaces to present their culinary showcases to the public. Riverside’s roots in agriculture will combine with foodie delights in a setting where people can gather to share meals and enjoy the entertainment provided by the Fox Performing Arts Center.

Cultural institutions such as the Mission Inn Museum, Riverside Arts Council, California Museum of Photography, California Citrus State Historic Park, and the Arts & Cultural Affairs Development Department work to keep the arts and history alive through programs and information. The city of Riverside offers a wide range of restaurants, businesses, sports activities, hotels, and everything necessary for an enjoyable life.

Magnolia Elementary School in Wood Streets scored a 63 on school test scores. It is a California Distinguished School, founded in 1914. It has special programs for gifted and talented students.

Additional schools of choice exist throughout the City of Riverside. John F. Kennedy scored an 84 on school test scores.

Statistics aside, what is it that makes Wood Streets unique? Residents will tell you that it is kindness. Alicia Robinson, writing for The Press Enterprise in 2012, noted that the residents of Wood Streets, living so near to downtown Riverside, help each other out with an old-fashioned form of kindness which still thrives in the neighborhood. Neighbors help neighbors with all sorts of chores, yard work, pitching in to help a resident in need, and knowing each other well so they can help when its needed. It would seem that it’s the quality of the people who live in Wood Streets that just might make it one of the most up and coming places to live. After all, beautiful historic homes at reasonable prices, friendly neighbors, nearby amenities, a city that cares for its future residents, a community filled with educational, business and entertainment opportunities, access to the wonders of Southern California beaches and deserts, plus jobs in health, sciences, green technologies and much more. What else could anyone need?