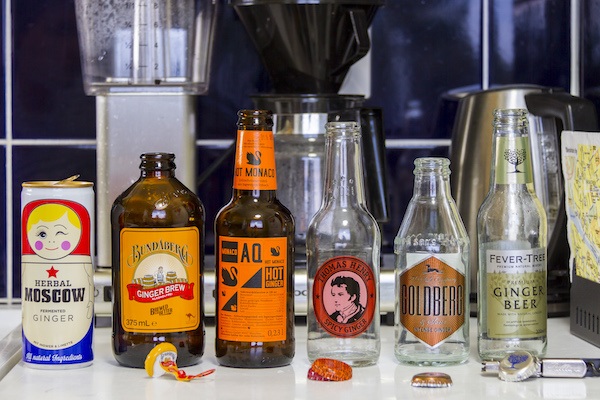 Only one serving of most soft drinks sold in the UK contains more sugar than what you should be consuming in a day, according to a recent study published in BMJ Open.

The findings are based on the study-standardized 330 ml serving size. The drinks were categorized into groups labeled by their respective flavors: cola, cream soda, dandelion and burdock, elderflower, ginger beer, ginger ale, flavoured cola, orange, lemonade and other. Supermarket own brand and branded categories were also created.

Ginger beer varieties contained the most amount of sugar with an average 38.5 g (3.1 tablespoons) per a 330 ml serving; 81 percent of Ginger beer contained more sugar than the maximum daily recommended intake.

The most popular flavor in the UK, Cola, contained an average 35 g (2.4 tablespoons) of sugar per 330 ml serving. 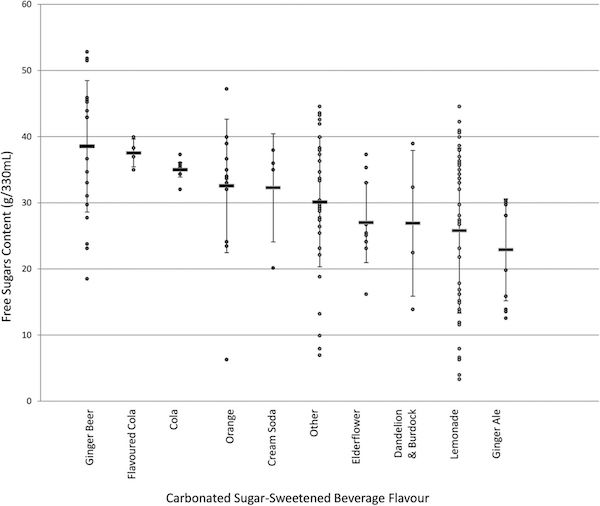 Here in the states, taxes on sugary drinks were first imposed in Philadelphia and Berkeley, California. A study published in the journal AJPH found that the tax on sugary drinks has caused a 21 percent drop in consumption of sugar-sweetened beverages in Berkeley.