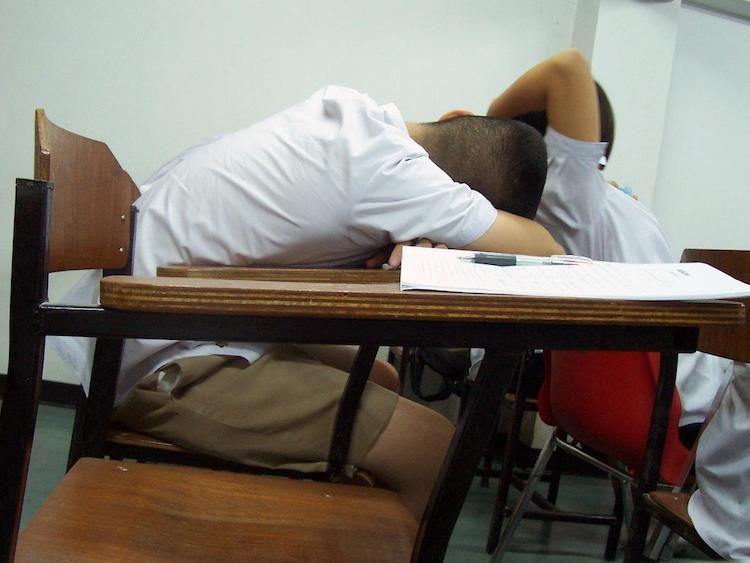 As adolescents, we require more sleep than we do as adults. Development up until this stage is crucial, especially when it comes to academics.

A recent study suggests that lesser amounts of sleep in adolescents result in a lack of proper, critical rest, which affects a child’s learning capabilities, overall mood, and memory.

A team of U.S. and China researchers investigated the effects of a range of school start times (SST) and published their findings in the Journal of Adolescent Health. They probed SSTs between 7:20 AM to 8:10 AM, drawing a broad range of data from three groups of middle schoolers. A total 26,440 middle school students partook in this study. The sample constituted students in sixth to eighth grade.

For the first time, researchers investigated SST’s effects on the academic performance of students this young.

These participants took part in a new and revised edition of the CDC’s (Centers For Disease Control and Prevention) Youth Risk Behavior Survey, which eighth, 10th and 12th-grade students have answered in these school districts since 2001. Teenagers between the 10th and 12th-grade levels have been studied, which result in different sleeping pattern regiments, leaving out the predecessors — middle schoolers — whose mental and physical health matter just as much.

Amongst the vast majority of these results, most of the respondents did not meet the recommendation of the National Institute of Health (NIH) and the American Academy of Pediatrics.

NIH recommends eight to 10 hours of sleep for adolescents.

Puberty in adolescents does not solely consist of hormone changes; their circadian rhythms are altered, physically changing their sleeping patterns. Often, they go to bed and wake up later. Young children, particularly around the eighth-grade age group, are susceptible to adverse effects from reduced sleeping times.

Those with an earlier SST and either less sleep or a deficient amount of sleep resulted in lower grades. Nearly half of the students in this study with a start time of 7:45 AM or earlier, were seen as sleep deficient, resulting in poor academics, and overall effort. Middle-school age children who received less than seven hours of sleep, in particular, were far less likely to complete their homework assignments.

When students began school at later times of 7:40 AM or later, their chances of receiving the proper amount of recommended sleep increase by 74 percent, as opposed to those who began school at earlier times.

Earlier school times also mean earlier times that parents need to awaken to get them to school. Automobile accidents among transit to early-morning school, alongside suicidal inclinations both rise due to less sleep, according to 2011 and 2014 studies.