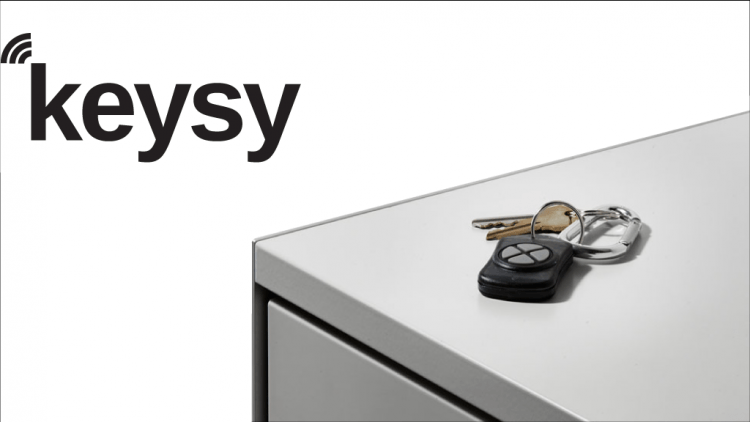 The RFID style of keys are a brilliant invention that undoubtedly has enhanced vehicle security. They are programmed in a way that makes entry into a vehicle much more difficult if you don’t have the key that is programmed specifically for your vehicle. While this is a great concept, lost keys can present a bit of a problem. They are expensive to replace in most cases and it’s fairly tough to get into your car if you can’t find the key.

The Keysy company is a new startup that had the idea for easy and fast replacement of lost or stolen RFID keys. Their products are innovative inventions that can add convenience and cost efficiency to the lives of customers who use RDIF keys. They just recently began this project and the outlook is good. While currently in the fundraising and initial production phase, this company could well be on its way to some major successes.

History of the company

The company was founded by Elliot Buller along with co-founder Nich Arens. Buller was employed at a large company that kept him on the road. He depended on friends to keep an eye on pets and his home base and this presented the issue of needing additional key fobs. The building manager didn’t like the idea of issuing multiples, so Elliot was intrigued to find a reasonable solution. He gained the inspiration for Keysy and sat on it until 2013. It was at this time that he quit his job. The prototype was built in 2015 and although it was a functional product, there were many modifications still needed to make it portable and practical. Elliot has six years as an engineer and inventor under his belt and Nich brings five years of experience in the communication design industry to the table.

The initial inception of the project happened in 2013. It was not until the beginning of 2015 that the real work began. A prototype was created early in the year. While still in developmental form, it showed promise. Throughout the remainder of 2015, the team worked on testing a variety of different antenna designs and developing the firmware. The firmware was debugged and the adjustments that were needed were applied. Later in the year, research was conducted to find the most effecient ways to manufacture this in a cost saving manner while retaining the best possible quality. A connection was made in Tijuana, Mexico to contract for manufacturing at a cost reduction.

The schedule for 2016 appears to be on track with the rewriting of learning algorithms accomplished and a stronger engagement with commitments from the manufacturing partner in Tijuana. All established phases of development and pre-manufacturing targets have been met on time and it looks like this new start up is on the right track for success. The Kickstarter fundraising campaign was launched in October of 2016 and now they offer special discounts to backers who want to have the first shot at getting the product.

January of 2017 is the estimated date that has been set for the delivery of Keysy products to early bird backers and in February of 2017, the rest of the backers will receive their orders.

Keysy is the innovative new product that is intended to back up your RFID access credentials. It puts the data into a keyfod form factor. This allows you to always have a backup in case your keys are lost or stolen. It promises to add convenience and cost savings.

Their super early bird offer of one key with batteries included for $20 has maxed out with a total of twenty five backers and is no longer available. The following tier offering one key with batteries included for twenty five dollars and January 2017 shipment has also maxed out with one hundred backers claiming their pre-order. The third tier which features one key plus batteries and shipment in March 2017 for twenty five dollars has also reached its limit with one hundred backers.

It is fairly obvious that this new product is being met with eager anticipation. Pre-orders are rolling in quickly and there are only three tiers of early bird pre-ordering specials still available. This serves as a strong indicator that the product is something that is catching the interest of consumers around the globe.

Keysy is a product that had to be invented at some point in time. From our perspective, the manufacture of this specific product is coming at precisely the right time in history. With technology taking the front seat in most major areas of daily living, there remedies for the inconvenience that an over dependence on this technology is needed. While we all enjoy the benefits of advanced smart products, something as simple as a lost key can turn into an expensive and time delaying venture. The Keysy company seems to have an excellent solution.

We’re anxious to find out how the initial manufacturing run works out for this new and innovative replacement key. We’ll know more after the first orders are shipped out in January of 2017 and the customer reviews begin rolling in. This company is showing all indications that it is on the right track with regard to its fundraising and manufacturing strategies. The information that they’ve provided is helpful for building consumer confidence in the reliability of the delivery of products as promised. If they continue on their current trajectory, we’re expecting to hear about tremendous success for this new yet promising start up venture.