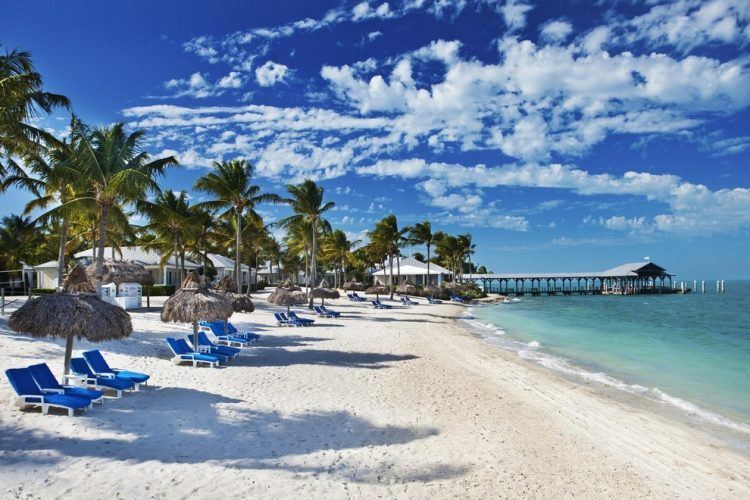 Key West is a name that can be used to refer to two things. First, it is the name of the southernmost island in the Florida Keys, which are based on the exposed portions of a coral reef so big that it beggars the imagination. Second, it is the city that can be found on the island of the same name as well as a number of other islands in the same island chain. As a result, Key West stands out in that it is the southernmost of the cities that can be found in the continental United States.

Due to this fact, there are a number of things that stand out about Key West. For example, it benefits from a beautiful landscape, which combines with its tropical climate to create a place that is well worth a visit in summer. Second, it is situated much closer to the Caribbeans than the rest of the United States, which has resulted in an interesting blend of cultural influences that can be found nowhere else in the country. Put together, this means that Key West offers much to those who are interested in exploring its possibilities.

Here are 20 things that you may or may not have known about Key West: 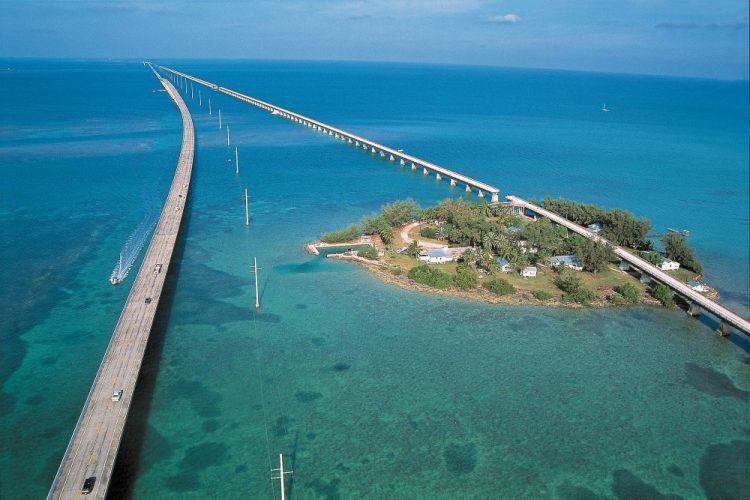 1. Is Based on a Coral Reef

To be precise, the Florida Keys are a coral cay archipelago. In short, they are the result of rocks, sand, and other solid materials that were deposited upon the exposed portions of a coral reef over the course of countless millennia, which culminated in the creation of solid land masses. Although this can sound strange, such islands are not uncommon in tropical and subtropical regions of the world, which are where coral reefs can be found. 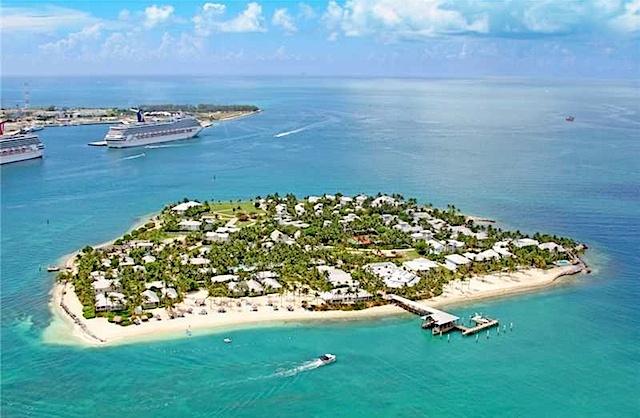 2. Is Situated Close to Cuba

In total, Key West is situated no more than 90 miles from Cuba. As a result, it should come as no surprise to learn that it has a sizable percent of Cuban-American residents as well as an even more sizable percentage of residents with some Cuban ancestry. Naturally, this means that Cuban-Americans have had a significant impact on the city of Key West, which can be seen in its cultural make-up. 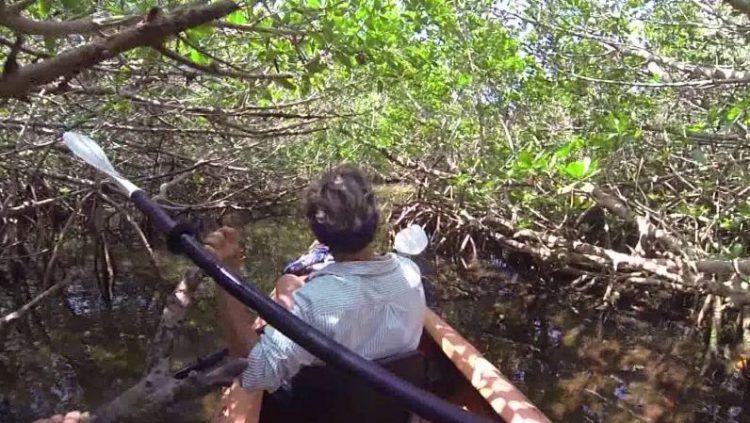 3. Was Once Home to Salt Ponds

Salt was once one of the most valuable commodities in the world because it could be used to preserve food, which is why English is still filled with idioms such as “salt of the earth” and “worth their salt” referencing the high value of salt. Key West was once home to a thriving salt industry, which took the form of salt ponds used to collect seawater and then evaporate it to produce sea salt situated across its eastern half. In the 1950s, most of these salt ponds were filled in in order to provide more usable land for other purposes that have become more lucrative in the modern world. 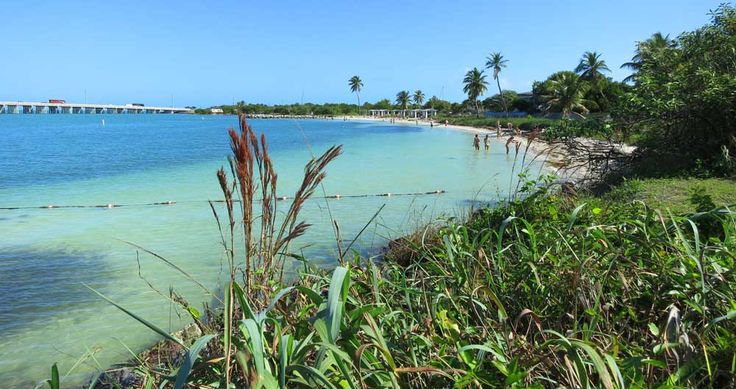 4. Was Once Used By the Calusa

Like much of the region, Key West was once used by the Calusa, which were a Native American people who produced most of their food by using estuarine fisheries rather than agriculture. Something that speaks volumes about their closeness with the sea. At one point, the Calusa possessed territories that encompassed much of Southwest Florida, which were presided over by a paramount chief. 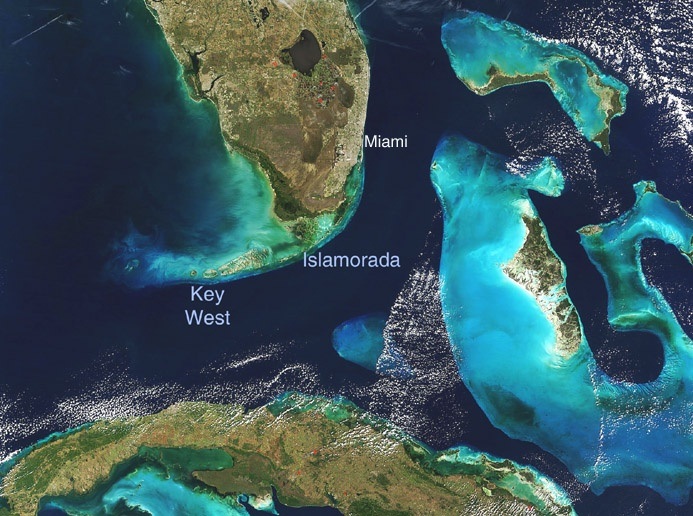 5. Was Once Named Cayo Hueso

The Spanish were the first Europeans to settle in Southwest Florida. As a result, Key West was once named Cayo Hueso, which means “bone key.” This is supposedly because of the human remains found on part of the island by Europeans visiting the region for the first time, which are said to have originated from a battle fought between the Native American peoples of the region. Eventually, the Spanish “cayo” was turned into the English “key,” though some have speculated that “cayo” has Native origins. 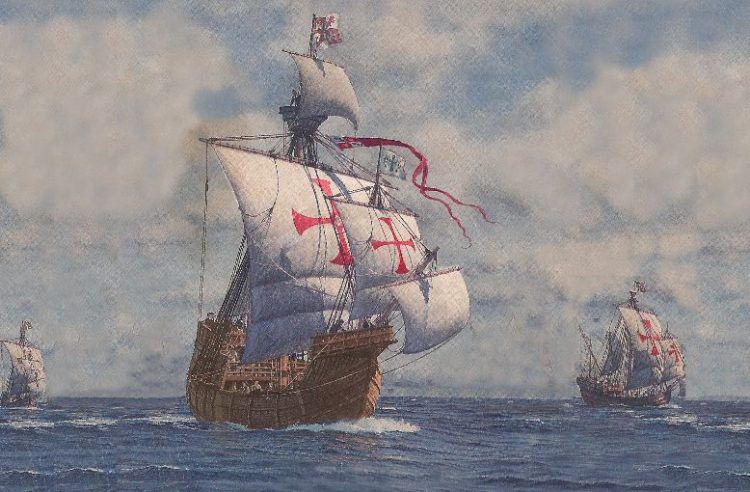 6. Has Had a Haphazard History of Settlement

Key West has exchanged hands more than once, so it should come as no surprise to learn that it has had a rather haphazard history of settlement. For example, when the British assumed control over the island in place of the Spanish, the existing settlement of Spaniards as well as Native Americans were moved to Havana. However, when the Spanish regained control of the island, there was no official resettlement but some unofficial resettlement, which was helped along by the British, Spanish, and American fishermen who used it as a convenient stopping point. 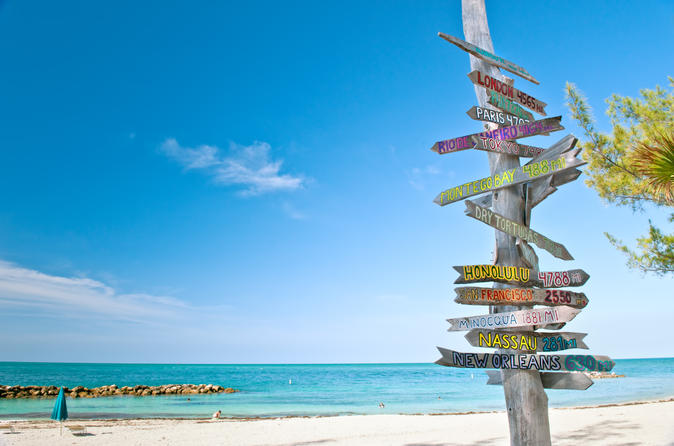 7. Was Sold Not Once But Twice

When Florida was handed over to the United States, the Spanish owner of Key West was in a rush to sell his land to an American buyer, so much so that he actually sold to not one but two people. First, he sold it to General John Geddes, who was once a governor of South Carolina. Second, he sold it to John W. Simonton, who was a businessman of some means. This resulted in a struggle between the two men, which was settled in favor of Simonton because of his connections in Washington, D.C.

8. Remained Part of the Union During the Civil War

Its natural harbor made Key West a strategic location for the United States, which is why it was home to a U.S. naval base. When the American Civil War broke up, Florida joined up with the Confederate States of America, but Key West remained part of the United States of America because of the naval base. While most of the locals were actually sympathetic to the Confederate cause, Key West remained Union throughout the war, not least because of efforts to strengthen the existing naval base. 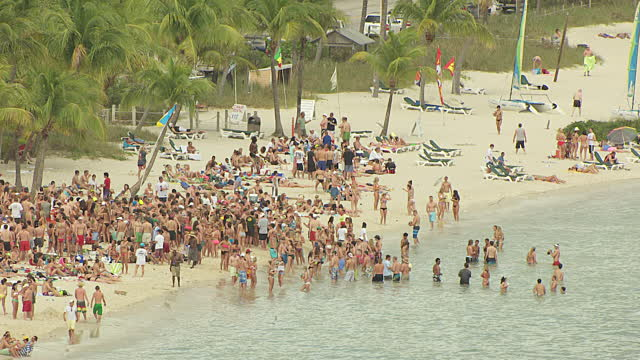 9. Was Once the Largest City in Florida

As strange as it sounds now, Key West was once not just the largest city in Florida but also the wealthiest city in Florida. After all, it possessed a strategic location that made it a natural stopping point for shipping while also providing a wealth of marine resources. Furthermore, its salt ponds produced incredible volumes of the substance, which continued until the salt industry was wrecked by a hurricane and then out-competed by salt mines on the continent. 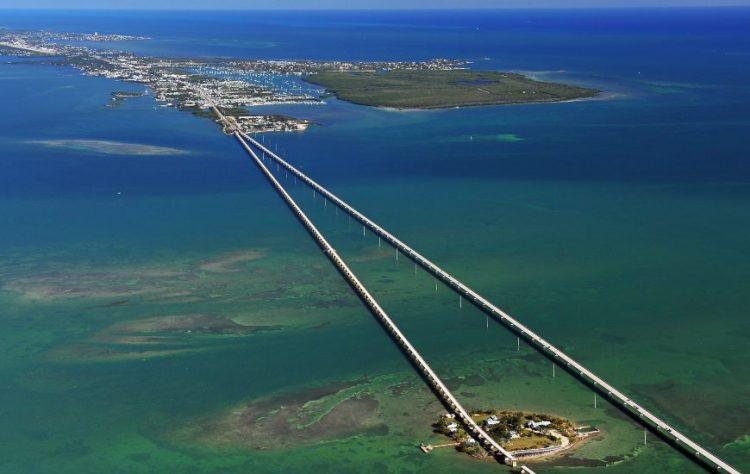 10. Sits On the Dividing Line Between the Atlantic Ocean and the Gulf of Mexico

Along with the other Florida Keys, Key West sits on the dividing line between the Atlantic Ocean and the Gulf of Mexico, which can be distinguished from one another because of their different currents. Not coincidentally, this difference in currents is why the Gulf of Mexico is both calmer and warmer than the neighboring body of water. The place where the two bodies of water merge into one another is what is called the Straits of Florida. 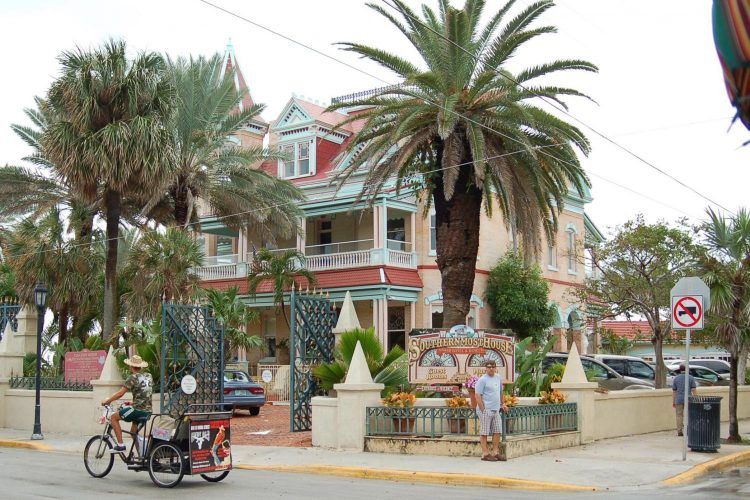 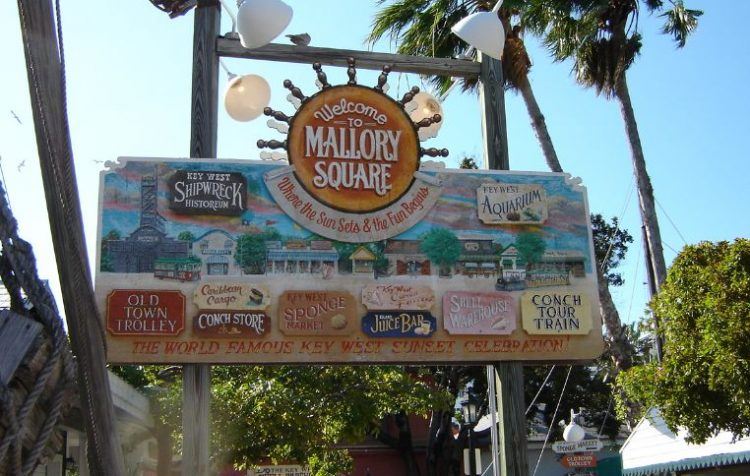 12. Mallory Square Hosts a Daily Celebration of the Sunset

At one point, the residents of Key West objected to the establishment of a third pier at Mallory Square, where they would watch the spectacular sunset. The establishment went ahead in spite of their protests, but the Sunset Celebration remains a daily event at the square. Furthermore, it is interesting to note that there are even boats at Mallory Square that will take people out onto the sea so that they can see Key West from a new angle. 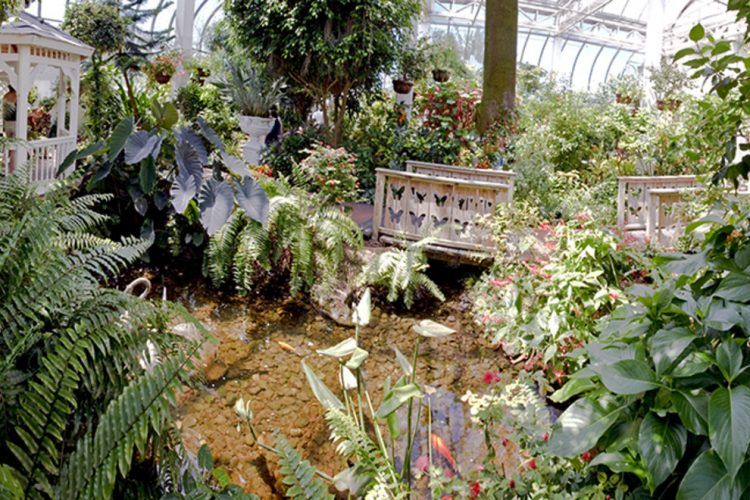 The Key West Butterfly and Nature Conservatory is home to somewhere between 50 and 60 species of butterflies from tropical regions situated all around the world. Combined with the presence of butterfly-friendly birds such as red-factor canaries, cordon-blue finches, and Chinese painted quails, this creates a charming scene for visitors, particularly when considering the fact that all of these animals are situated amidst trees and cascading waterfalls. 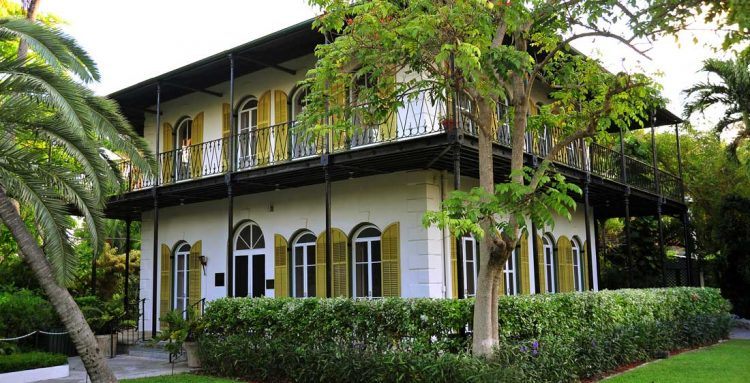 The famous American writer Ernest Hemingway used to make his home in Key West. In fact, his home still stands in Old Town, but it has since been turned into a museum dedicated to its one-time occupant. With that said, people who can’t stand cats might want to avoid the Ernest Hemingway House since it is still home to dozens and dozens of cats descended from his famous polydactyl cats. 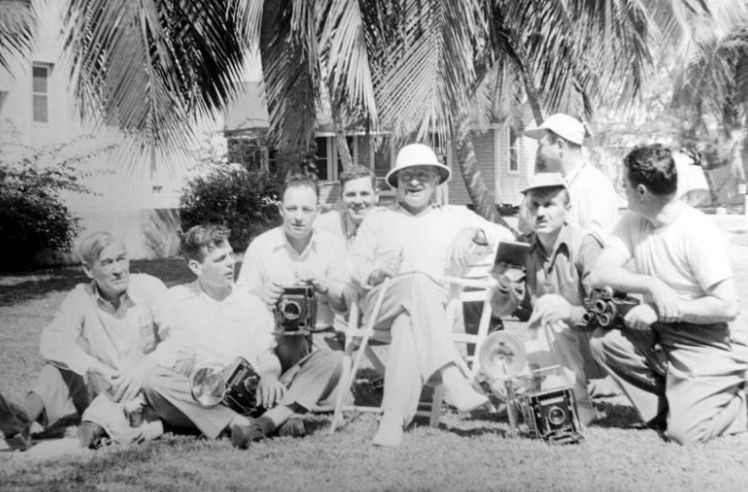 15. A Lot of U.S. Presidents Have Visited Key West Over the Years

Also in Old Town is the Harry S. Truman Little White House, which is where President Truman spent 175 days of his presidency. This happened because Truman was physically exhausted by his presidency, which is why his physician suggested that he take some time off of work in someplace warm and welcoming. However, Truman continued working while staying at the house in Key West, so much so that he actually decided to call it the Little White House, which is where its current name comes from. Although other presidents such as Dwight Eisenhower, Jimmy Carter, and Bill Clinton have also used the house, it is still best-known by association with Truman, which is why part of it is currently a museum called the Harry S. Truman Little White House. 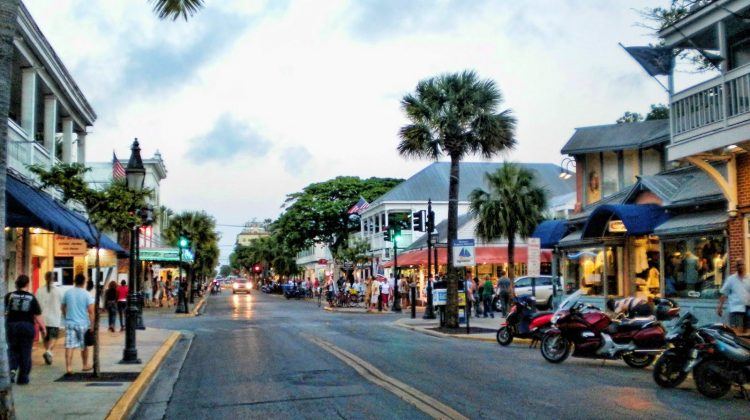 16. Its Main Street Is Duval Street

Key West’s main street is Duval Street, which runs for no more than 1.1 miles. However, it is important to note that Duval Street is home to numerous retailers, restaurants, and other forms of entertainment for both visitors to the city and residents of the city, meaning that it can be considered one of Key West’s leading entertainment options. Something that is particularly true because all of them are within walking range of one another, which is not something that can be said about the charms of most main streets. 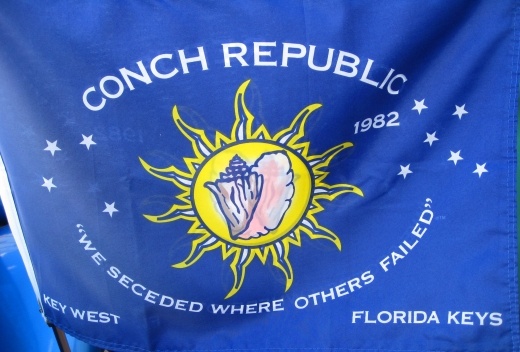 17. Its Residents Are Called Conchs

The residents of Key West call themselves Conchs, with residents born in the city calling themselves Saltwater Conchs and residents who have lived in the city for seven years or more Freshwater Conchs. This name is derived from Bahamian immigrants of European descent, whose ancestors had been Loyalists who fled from the fledgling United States. No one is sure why said individuals were called Conchs in spite of numerous stories, but nowadays, the name is no longer limited to residents of European descent. 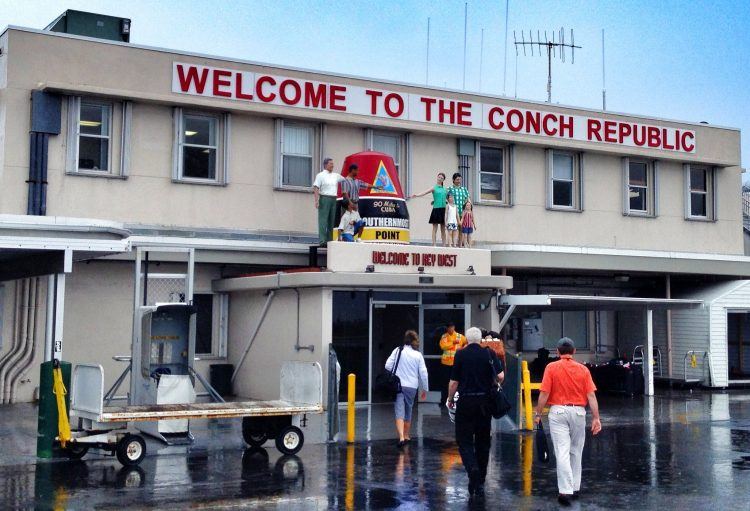 18. Declared Independence At One Point

In 1982, the city of Key West actually declared its independence as the Conch Republic in reaction to the harsh measures that were instituted in response to the Mariel Boatlift, which was a mass influx of Cuban refugees into the United States. In short, the United States Border Patrol had instituted a blockade, which resulted in a huge traffic jam that devastated the Florida Keys’ tourism-based economy. 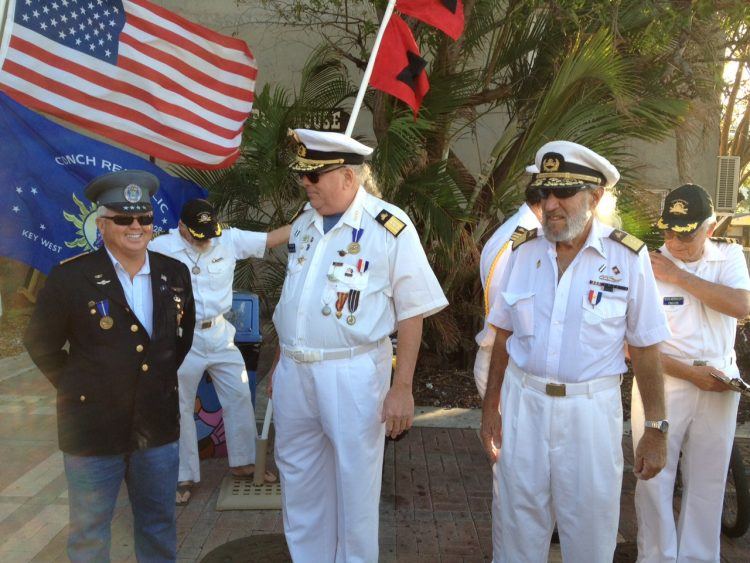 19. Independence Day Is Celebrated on April 23

Since its declaration of independence, the city of Key West has been celebrating a Conch Republic Independence Day on April 23 of each year. This is a week-long festival that sees participation from a wide range of businesses, which is aimed at perpetuating the sense of humor that marked the declaration of independence while also providing a chance to sell lots and lots of Conch Republic-related merchandise. 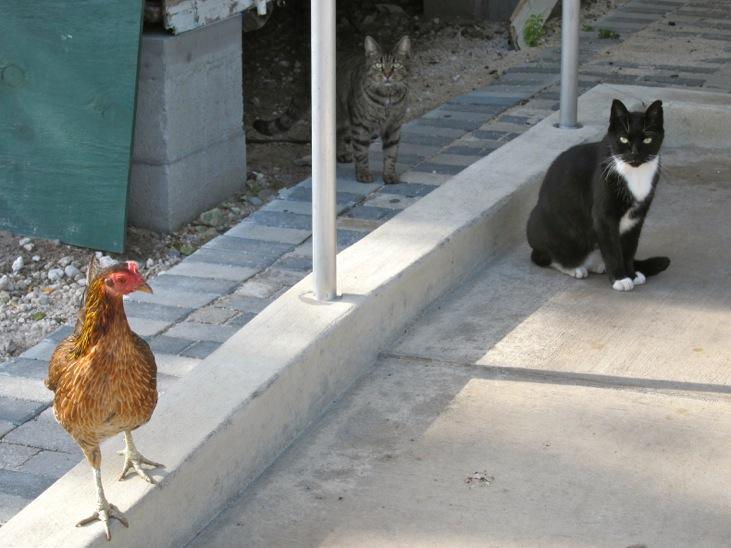 The city of Key West has feral chickens roaming its streets. While they are considered to be a nuisance by many of its residents, these chickens have also proven to be both too expensive and too time-consuming to remove, meaning that they are now one of the many elements that make the city a more colorful place. With that said, while these are feral chickens, they are not particularly dangerous to visitors barring rare and unusual circumstances because in the end, they are still just chickens.