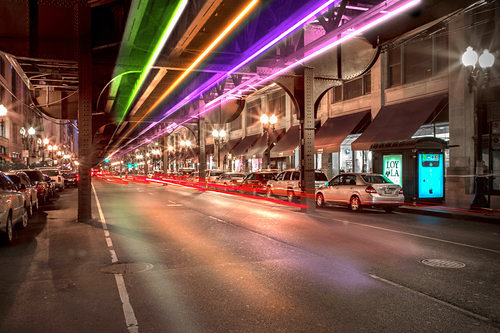 With 2015 coming to an end, major cities throughout the world are gearing up for the new year, and it looks like Chicago IL has something very special in store. After months of raising money through traditional fundraising methods, and a Kickstarter campaign to bring a very cool treat to the Windy City, it looks like the goal has finally been reached. With more than $50,000 donated on Kickstarter to fund the initiative, the Wabash Lights project, co-created by Jack Newell and Seth Unger will be coming to Chicago in January. The interactive light show will be installed under Chicago’s “L” transportation system near Wabash Avenue, and will consist of 4,000 feet of LED tube lights which will allow for a personalized experience. According to the project’s Kickstarter, “Anyone with access to a computer or smart phone will be able to design how The Wabash Lights illuminate, whether they are a student, a senior citizen, or a renowned artist – this work of art will be the first to be created and continually re-designed by the public.” 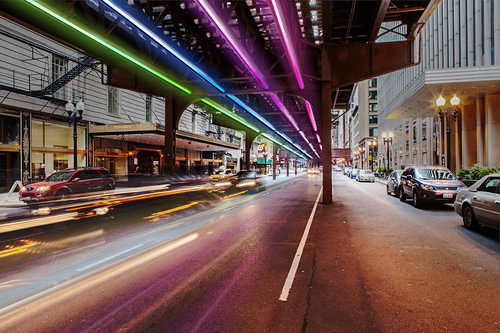 The page also noted, “The Wabash Lights will bring life and awareness to the largely neglected strip of Wabash Avenue. Creating this new destination in the heart of the Loop will  increase tourism and encourage the growth of local business.” With all of the negativity that has been surrounding Chicago lately, this cool and initiative idea seems like a creative way to help breathe new life into the city. Before the lights are officially installed and turned on next month, Unger and Newell plan to use the money they’ve raised through Kickstarter to help “to troubleshoot design, interactivity, and the fixtures themselves for durability.”  Hopefully, if the Wabash Lights are successful, they can also expand to other areas of the city. While their method to bring change may be unconventional, it may be just what the area needs.