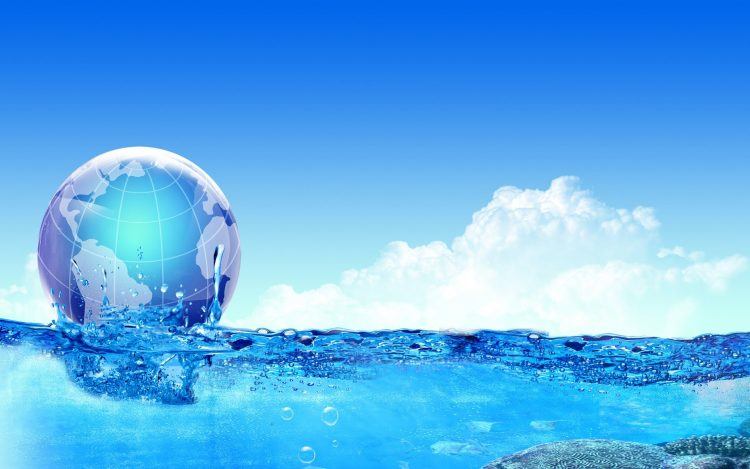 Living in the western hemisphere can often distort the view of reality as it pertains to the world in totality. Most western nations, especially those in North America, rarely consider the fact that the world’s drinkable water supply is dwindling at a remarkable rate. There have been multitudinous studies conducted by a number of research groups and ecologists. What we have discovered is that while 70 percent of the Earth’s surface is covered by water, the vast majority of that water is salt water, which is not drinkable. Only three percent of the water on earth is fresh water, and here lies the problem. The rate at which water is being consumed is not sustainable.

Fortunately, there are a number of innovative projects that are endeavoring to address the water shortage, as well as the clean water crisis that is troubling planet.

One innovative approach to dealing with the shrinking fresh water supply on the planet is to use nontraditional water supplies. The Texas Water Development Board has committed to participating in research and demonstration projects that are necessary to advance technology to improve water filtration and distribution.

Another innovative approach that the TWDB has taken to address the water crisis is the development of an Aquifer Characterization System, which serves to systematically map and characterize the minor and major aquifers in the state of Texas.

Filtration plays a substantial role in the preparatory process of making water safe to consume and use in homes and businesses. While westerners are generally shielded from the dark side of unhealthy drinking water, the recent controversial handling of the water supply in Flint, Michigan has highlighted just how important it is to ensure that drinking water is not contaminated. The use of treatment plants and sophisticated pipelines currently work to serve the world’s population with what is considered to be safe drinking water.

As the demand increases for healthier water, while simultaneously demanding more water, the need for more innovating approaches to effectively filter water supplies is front and center.

According to a report issued by the World Health Organization, more than 1.6 million people die from diarrheal diseases that are a direct result of the lack of safe drinking water, as well as poor sanitation. Researchers have developed what they believe to be a long-term solution to this epidemic. The idea is centered on a water purification process using nanotechnology.

This new technology works to remove bacteria, microbes and other toxic matter for drinking water through a process of using composite nanoparticles. These nanoparticles emit silver ions into the water, destroying any contaminants. It is believed that this technology will literally save hundreds of thousands of lives worldwide. What is even more impressive than the effectiveness of this technology is the fact that it is immensely affordable, with the cost for family being $2.50 per year.

For decades, researchers have been looking for low-cost filtration processes that would help to make clean water available to everyone.

The development of membrane technology and chemistry is also central to meeting the needs associated with addressing the global water crisis. Membrane technology involves the water passes through membranes in order to be filtered, and this concept has played an integral role in the water purification process for some time. With the latest technology that uses membrane chemistry, the membranes through which the water passes through can be as small as 10 or 20 nanometers across, which is 3,000 times finer than human hair.

While this technology has been around for at least several years, it is still considered to be in the research phase. While it is rarely mentioned, chemistry remains a significant contributor to a number of innovative water purification and treatment solutions, such as converting salt water into fresh water that is suitable for human consumption.

The latest innovations in water technology have been credited with driving down the cost of desalinated water form $ per cubic meter to as low as $0.50 per cubic meter. One thing that is helping to make water treatment more affordable is the use of ceramic membranes. Because the cost, longevity and integrity of membrane-based systems have improved, their role in the future of water management is becoming increasingly relevant.

While seawater desalination has shown much promise for expanding the Earth’s water supply, it still remains exceptionally expensive — primarily due to the reverse osmosis technology consuming an exorbitant amount of energy. Currently, this technology consumes around 4 kilowatt hours of energy for every meter of water filtered.

There are a number of solutions to this problem that are currently being explored. For instance, in Singapore, a nation that opened its first seawater desalination plant more than a decade ago, researchers are exploring the use of biomimicry — mimicking the natural biological processes through which euryhaline fish and mangrove plants extract seawater with minimal energy usage. Another innovative approach that is being tested is the use of biomimetic membranes that have been enhanced with aquaporin — which are cells that are embedded membranes, selectively shuttling water through cells while having the capacity to block out salts.

It is estimated that developing countries alone lose 45 million cubic meters of water per day through their distribution networks. The vast majority of this is due to poor monitoring systems. Not only are leaks a cost concern for companies, they also place a great deal of stress on already stretched water supplies. By using smart monitoring technology, leaks can be detected more quickly and repaired, reducing the loss of water.

While it may sound somewhat melodramatic, the development of the innovative water technologies listed here could literally save the world. However, while these innovations are promising, the number one tool against the growing water supply is increased education on the importance of water conservation and management on every level.